Lawmakers are calling for more oversight 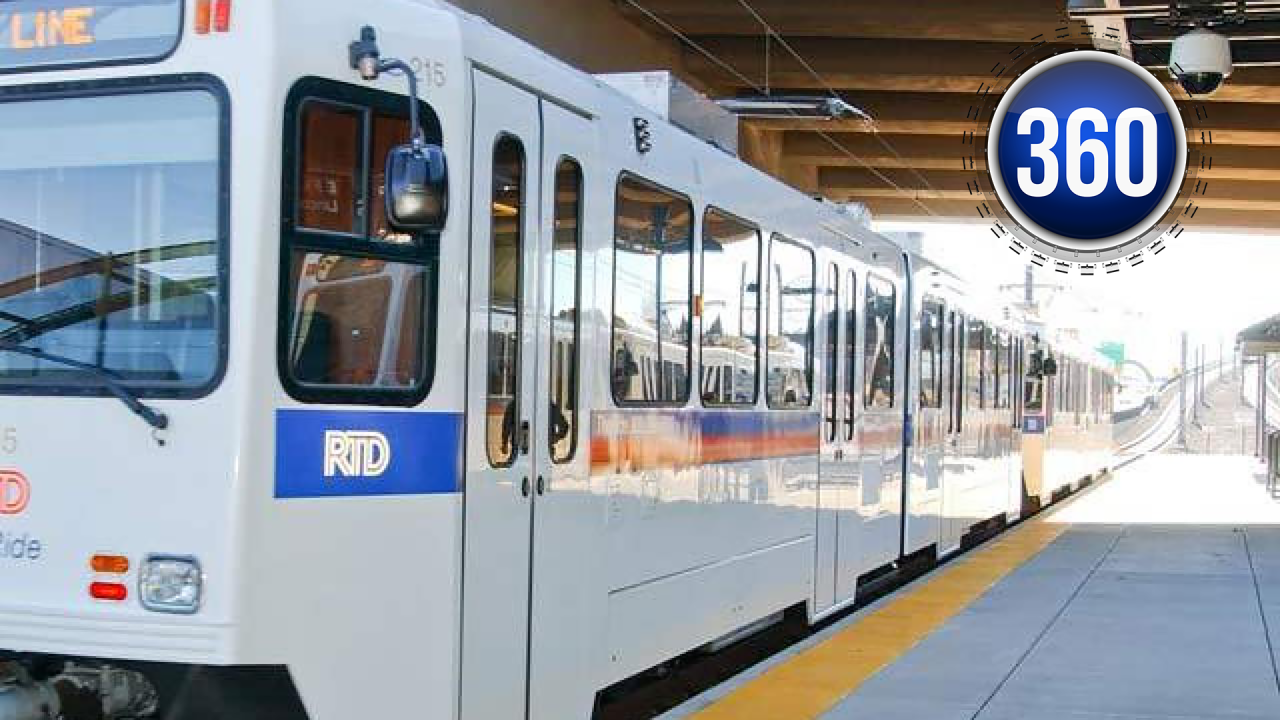 Copyright 2020 Scripps Media, Inc. All rights reserved. This material may not be published, broadcast, rewritten, or redistributed.
Denver7
RTD&#39;s last-ditch effort to bring reliability back to it routes, but Contact7 Investigates found the cuts won’t fix all the agency&#39;s problems. 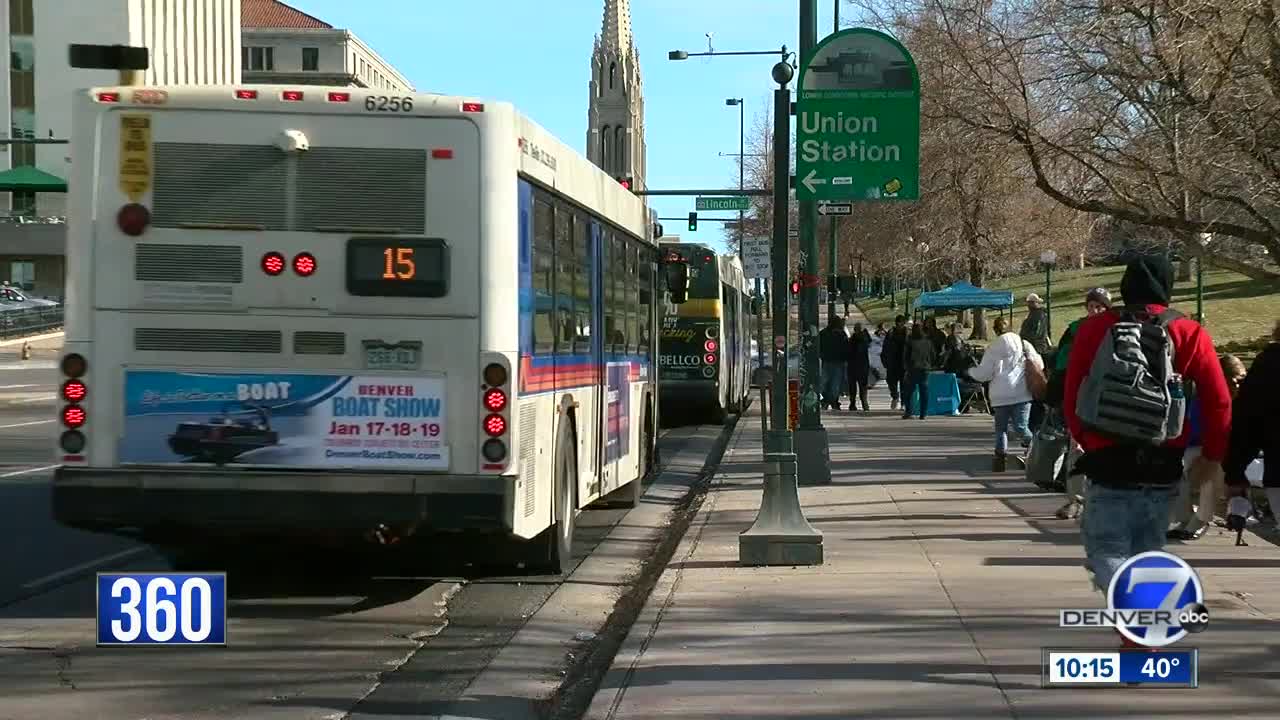 DENVER -- It's been a rough ride for the Regional Transportation District (RTD) lately. First, there were issues with the train to the plane, also known as the A-Line. Then, the G-Line's botched opening years behind schedule. Now, a driver shortage is forcing the agency to propose service cuts — RTD's last-ditch effort to bring reliability back to it routes — but Contact7 Investigates found the cuts won’t fix all the agency's problems.

"It's kind of everything I do every day so I might as well start a little early," he said while getting ready for his daily commute on RTD's E-Line.

Dravitz tracks numbers at work and rides the train to get there every day.

"I decided to start a spreadsheet and kind of track how late a train's going to be," he said.

On this morning, his commute from Union Station to the Tech Center started out great but quickly came to a screeching halt.

"No idea why we're stopping," he said while riding the train.

It's a trend Dravitz said he's tracked a lot lately.

"Now we're updated to 8:10 a.m. but our scheduled is 8:04 a.m.," he explained. "Yeah, this is pretty bad. So, we're 10 minutes late today. We were just slowing down and stopping at stations and in between stations, for no reason that we know."

The lack of rhyme or reason for RTD's delays or last-minute cancellations has left Dravitz and other passengers frustrated.

"You want to rely on public transit, so you have a fixed schedule every day," he said.

Dravitz is also a local blogger who wrote about RTD's timeliness last winter. He found out of 102 rides, less than half (36%) of his trains showed up on time, which means they were more than two minutes late or no shows.

"RTD needs to be a little more punctual with their transit trips," he said.

For him, like most riders, reliability and communication are key when it comes to using public transportation — two areas where Dravitz said RTD is failing.

"What I would like to ask them or ask them to improve is [to] at least communicate to us so we're not left frustrated when we're late to our destination or our train doesn't show up," explained Dravitz.

He also takes issue with the fact that the scrolling digital signs RTD has at each train station aren't giving riders real-time trip updates. Instead, they only show the scheduled route times.

For him and other riders to get real-time updates, he has to check RTD's app on his phone or wait for emailed rider alerts.

RTD says it's trying to fix it

"We currently don't have the ability to deliver real-time information and changes in real time on the signage that is at all the light rail stations," explained Pauletta Tonilas, RTD's Assistant General Manager of Communications.

Tonilas said RTD is aware that the lack of real-time updates at each train station is a problem. The issue is a computer one, with different software systems unable to talk to each other. Tonilas said a fix is still a least a year out, but RTD is working on it.

"It's a difficult situation and we acknowledge that, and we have multiple groups within RTD working on how we can enhance our real-time signage at the light rail stations," said Tonilas.

However, it isn’t RTD's only issue with getting trains to show up on time.

Another part of the equation involves when operators can call in sick. Tonilas said under the current collective bargaining agreement with the union, drivers aren't required to provide notice they aren't coming to work until 30 minutes prior to their shift.

"We have to scramble to try to get those rider alerts out and our notifications to the public. That creates a really difficult situation for us," she said. "So, we're working with the union to see what we can do to get more advanced notice."

The lack of notice has left some riders with only five or 10 minutes' notice their train isn't coming.

As for the service cuts RTD is proposing, which would eliminate six bus routes, reduce service on countless more and three light rail lines, Tonilas called the reduction in service painful, but necessary. She also said it won't get rid of RTD's need for operators to work mandated overtime.

"Sometimes our service is unreliable and that's what we're trying to fix through this potential service reduction," she said.

RTD believes the operator shortage is a nationwide problem as the economy continues to boom and unemployment lingers well below five percent.

"I think people can imagine for themselves how many more people will be out on the roads driving single-occupancy vehicles and how much more congestion and deterioration of air quality there would be," said Tonilas. "It's been a tough several months."

While RTD acknowledges its challenges, state lawmakers are the ones who created RTD and some are now looking at ways to step in and fix the transit agency.

Rep. Matt Gray, D-Broomfield, chairs the transportation committee and said things have to change at RTD.

Tate plans to introduce legislation to expand RTD's Board of Directors by two members. The governor would appoint those members to the board.

RTD has said it isn't too fond of Tate's plans. But for riders like Dravtiz, he said something must change before more and more people ditch the agency's unreliable transportation.

RTD's board still has to approve the proposed service cuts, and as the process plays out, public meetings must be held in each of the 15 districts that make up RTD.

Right now, Tonilas said the earliest riders could see cuts or service reductions is in May 2020.