Police scanners have gone silent in Denver, but will the public suffer as a consequence? 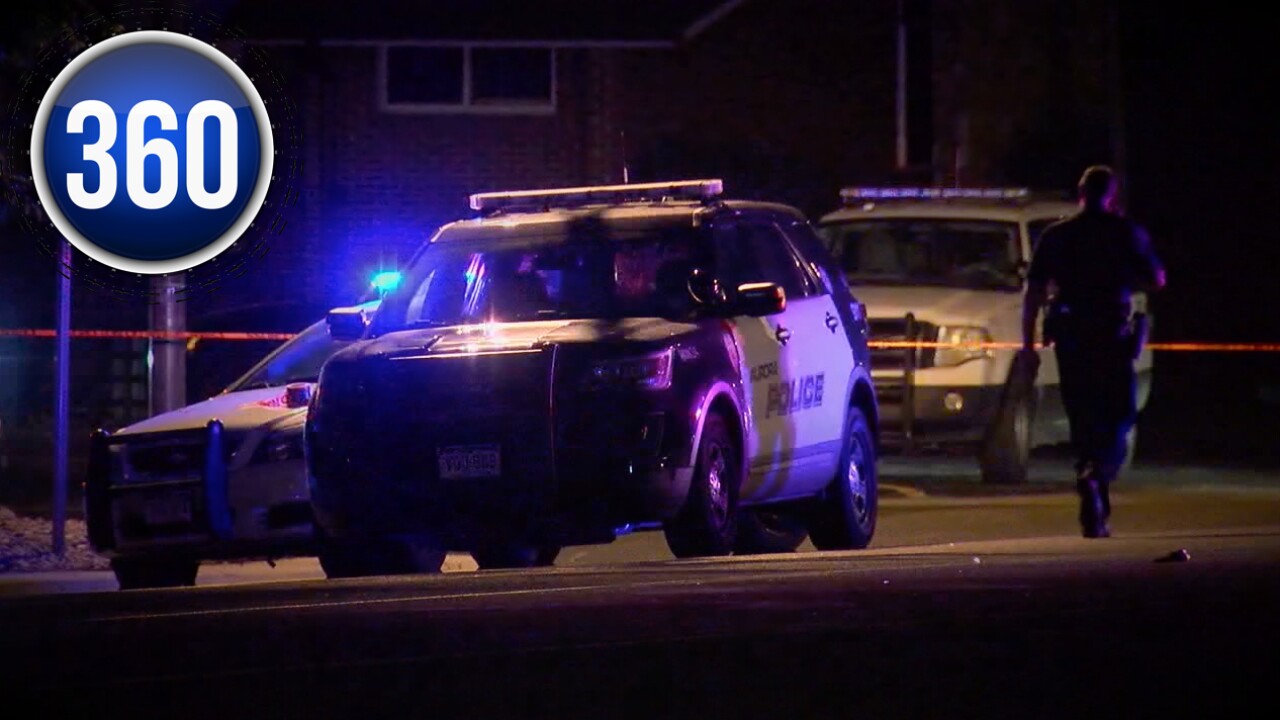 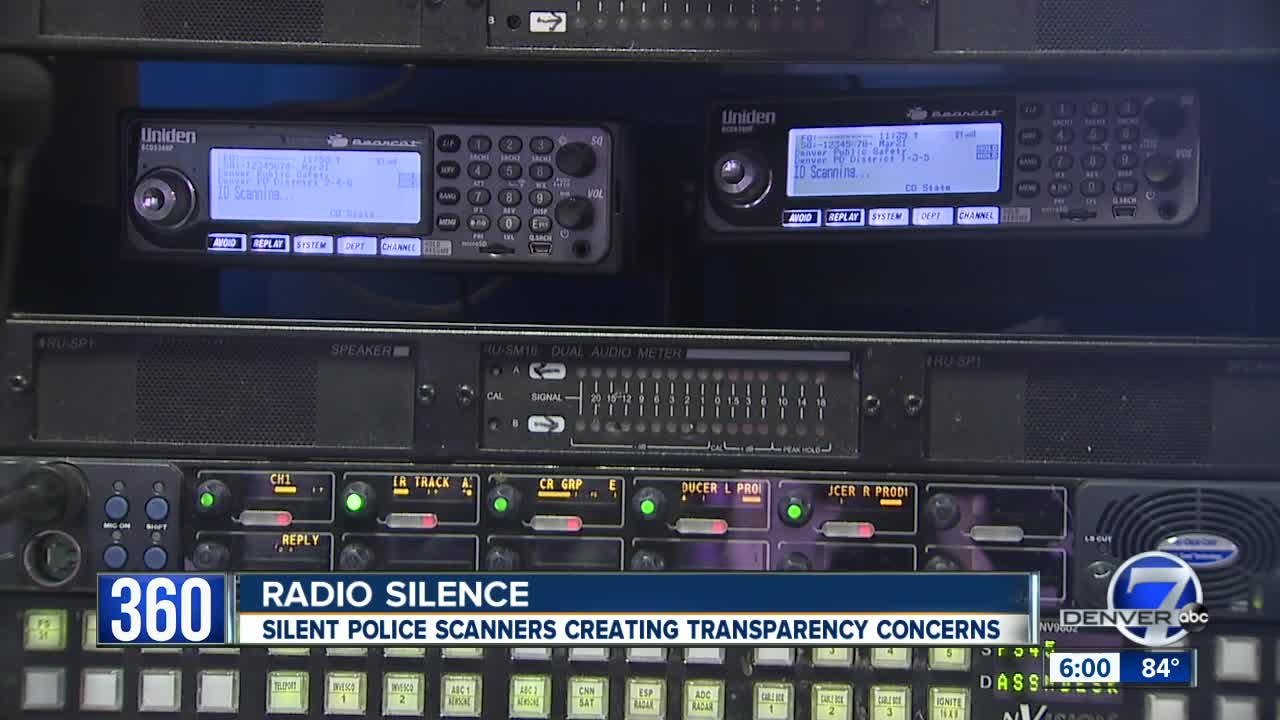 DENVER -- Last month, the Denver Police Department joined dozens of other agencies around Colorado and across the country when it encrypted its radios, blocking the public from being able to listen in on all communications.

In the past, agencies only encrypted tactical channels used to relay strategic information to officers and others. However, as DPD’s radio equipment began to age and with rise of new technology, the department decided to upgrade.

After the new communications system was put in, the department made the move to encrypt the scanners as well.

Journalists use the scanners to find out about breaking news, respond to emergency situations, follow crime trends and more. Since October, Denver Police and representatives from various media outlets have been holding meetings to discuss the possibility of keeping that scanner traffic open to newsrooms for reporting purposes.

The two groups have held at least four face-to-face meetings since that time to figure out the terms of the agreement. The two sides have not been able to reach an understanding, so in July when the scanner traffic stopped being broadcast publicly, the media was also left out.

Denver Police Chief Paul Pazen says the decision to encrypt was one made out of a concern for safety for police officers, victims and witnesses.

Often times, officers use their radios to share personal information about witnesses and victims, including their date of birth, contact information and address.

With the development of apps where people can listen to police scanners in real time on their cell phones, Pazen says that information can be heard by just about anyone on an unencrypted scanner system. Some of those listeners could have bad intentions, like tracking down witnesses and victims and causing them harm, harassing them, or worse.

“It creates safety hazards for the community that is reporting crime or someone who is the victim of crime, and it also creates a safety issue for our officers that are trying to address the crime,” Pazen told Denver7 in an interview.

There have been several instances where the information Denver Police broadcast over the scanners was used in an unintended way, according to the department.

Beyond that, police officers use the radios to let dispatch know where they are at any time in case there is an emergency and they are in the area. Pazen and others are worried that this information could be used to track those officers down and cause them harm as well.

Since the encryption begun, Pazen says there have been several identifiable examples of it benefiting the community and his officers in terms of safety. A handful of people have complained to DPD about not being able to listen in on scanner traffic, but Pazen says the major outcry is coming from the media, who he believes have unfairly portrayed the issue.

“It’s disappointing that this is being mischaracterized,” he said.

There are two main sticking points the media and Denver Police can’t seem to agree upon in their discussions. The first sticking point has to do with indemnification, or who could be held liable for the misuse of information spread over scanners.

The second sticking point has to do with the auditor’s clause, which gives the city auditor the ability to monitor and review how the information news outlets obtain is being used. Newsrooms have contended the auditor could potentially have access to sensitive source information while Chief Pazen says that’s not the case.

“The police department wanted nothing to do with the editorial control over the messaging, that is apparent in the agreement,” he said.

In full transparency, Denver7 mistakenly aired the contact information for a defendant as part of its reporting about a racial discrimination lawsuit against Floyd’s Barbershop recently. The mistake was pointed out and the information was taken down. That information was not obtained using a police scanner but through official documents.

“I applaud your channel for taking it down once it was pointed out, but now I can see why indemnification is a big deal because of the mistakes that are being made,” Pazen said.

However, he believes that the agreement the DPD settled on is a fair compromise and that everyone who has access to sensitive police information is responsible for protecting it.

“The City of Denver is not on the hook for the negligence of those who are part of the agreement. It makes all the sense in the world that those who are participating in the user agreement should be held accountable for their missteps,” Pazen said.

Denver Police does take a number of steps to spread information to the public, including press releases, a daily media report of calls it received, Tweets, Facebook posts, press conferences and more.

“Our goal is to push out timely information and information that can be followed up by the newsrooms. If we fail in that then we will hold the people accountable, hold ourselves accountable and figure out how we can get information out as quickly as possible,” Pazen said.

In the end, Pazen says it’s now up to the media to decide whether to sign the agreement.

“The ball is completely in the media’s court on this. We have shown good faith time and time again on this,” he said.

There is no law that requires this type of communication to be open to the public in Colorado.

The importance of timely information

For the executive director of the Colorado Freedom of Information Coalition, the information that comes from those scanners is an integral part of timely reporting.

Roberts, who was a reporter himself for a number of years, says the public and reporters might not truly understand the effect of not being able to hear the scanners for quite some time.

Part of the importance of newsrooms being able to listen to the scanners is so that they can respond to breaking news events. When that happens, reporters rely on witnesses who are in the area to tell them about what they saw and heard and to paint a picture about what happened.

“If you don’t hear about it on the scanner, you may not even know what happened at all,” he said.

If a newsroom waits to find out about a situation like a shooting through Twitter or one of the other means the police uses to communicate with the public several hours after it happened, the likelihood of finding witnesses who are still in the area diminishes.

Roberts has seen the outrage expressed by some Denver reporters and producers on social media platforms after DPD’s scanners fell silent and says he thinks it’s important for the public to understand what is being lost.

“You don’t necessarily know what may be happening that the news media is missing because the police department doesn’t think it’s important enough to tell the news media about it,” he said.

Dr. James Ponzi served on the Denver Police Department for 35 years before retiring as a lieutenant. He worked in almost every district on the streets. Ponzi is now the chair of the criminology department at Regis University and says he can understand both sides.

From a police perspective, he understands and empathizes with the need for officer safety. With several instances across the country in recent years of police officers being targeted and murdered, he believes there is a value in encrypting these scanners.

“If somebody’s looking to ambush a police officer, they know exactly where the police are going to be if they have a scanner that is unencrypted,” he said.

He doesn’t see a lot of down sides from the police side of things for encrypting the scanners.

On the other hand, he knows that this type of encryption can give off an illusion of secrecy.

“The police can get a reputation for not being transparent if the public perceives that the only reason they are doing that is to keep information from the news media,” he said.

He believes transparency is a good thing but that there are limits. When it comes to the point where someone, whether it is a police officer, witness or victim, could be hurt, Ponzi believes there should be limitations.

“When you talk about transparency, how much information is the public entitled to? Are they entitled to all of it?” he asked.

For now, Denver7 and the other major media outlets in the city have not chosen to sign the agreement with the Denver Police Department so the scanners will remain silent.