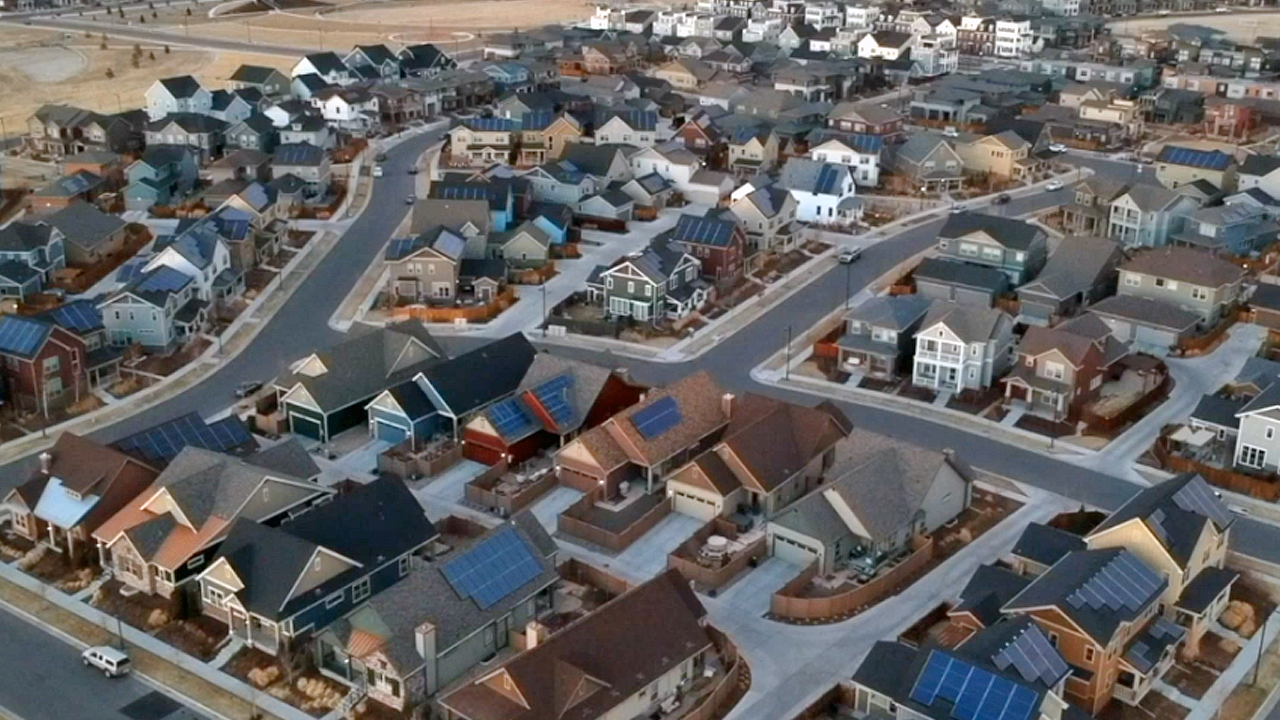 DENVER — A change that took decades feels as if it happened in an instant.

Last week, the notion of Stapleton abandoning its name felt like a distant, but somewhat plausible possibility.

This week, the signs started coming down.

“Today and tomorrow we’re taking them down,” said a Stapleton Master Community Association worker who was taking down a sign at the community F15 Pool.

The move puts the Denver neighborhood in an interesting position. For the first time in nearly 20 years, the upper-middle class neighborhood, perceived at times to represent affluence that, fair or not, can feel out-of-touch with the rest of Denver, isn’t sure what its identity is.

So, we’re going 360 on what the community is today, and what it could one day become.

“I think people are ready, finally," Stapleton resident Jennifer Seward said. “I raised my kids here, love the neighborhood. And this is the right thing to do.”

"If this is a rallying point to make some other changes happen, I'm all for those,” Stapleton resident Ian Legins said. “I think it's long overdue."

"With the way things are going now, we have to utilize this momentum to right many wrongs or we'd be missing a golden opportunity. Do the right thing," Denver resident Anthony Sippial said.

But for Stapleton resident Chris Nelson, who is also African-American, erasing the name should not be confused with phony activism.

"If all you're doing is changing a name, it doesn't really change people's mentalities," Nelson said. “I think it's a moot point to make symbolic change and not systemic change. Money and power are the things that actually change things in this nation. Not symbolic changes like changing names and all that."

Nelson believes the $700,000 to change the signs, banners, etc. throughout the neighborhood could be better spent elsewhere.

"I'd rather take that money — there's a neighborhood just east of us called Montbello where a vast majority of those folks lost their jobs due to the COVID crisis — I'd rather that money go to a cause that's going to significantly help people," Nelson said.

Whether the community will have a choice in how the money is spent is unclear, another point of contention among neighbors here. But the name will be gone. That's a certainty.

"We're not erasing his history. He was an important part of our history,” Montera said. “It's the same principal as having a confederate statue."

What Stapleton becomes after this is unknown, but many believe this is a pivotal moment for a community perceived as homogeneous to become more diverse.

"We need to come up with something that's inclusive for all," Legins said.

"Let's put our money where our mouth is," Seward said.

"For those who say, ‘this is the civil rights moment of my life and I can go to bed now and I don't have to think about anything else,’ well - there's a lot of work to still be done people," Nelson said.

And the name game will be a vital part of that.

"Mayor Wellington Webb was the mayor when the airport did close down," Montera said. “I wouldn't be opposed to Webbville or Webview or something like that."