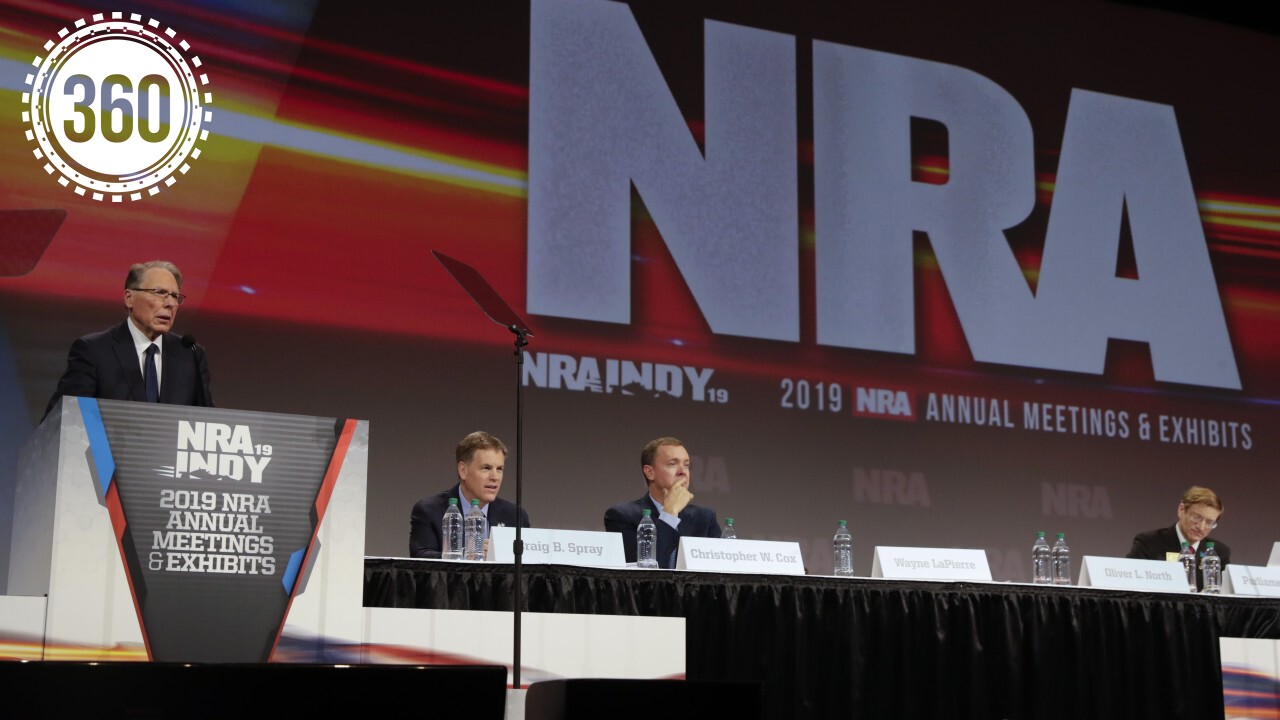 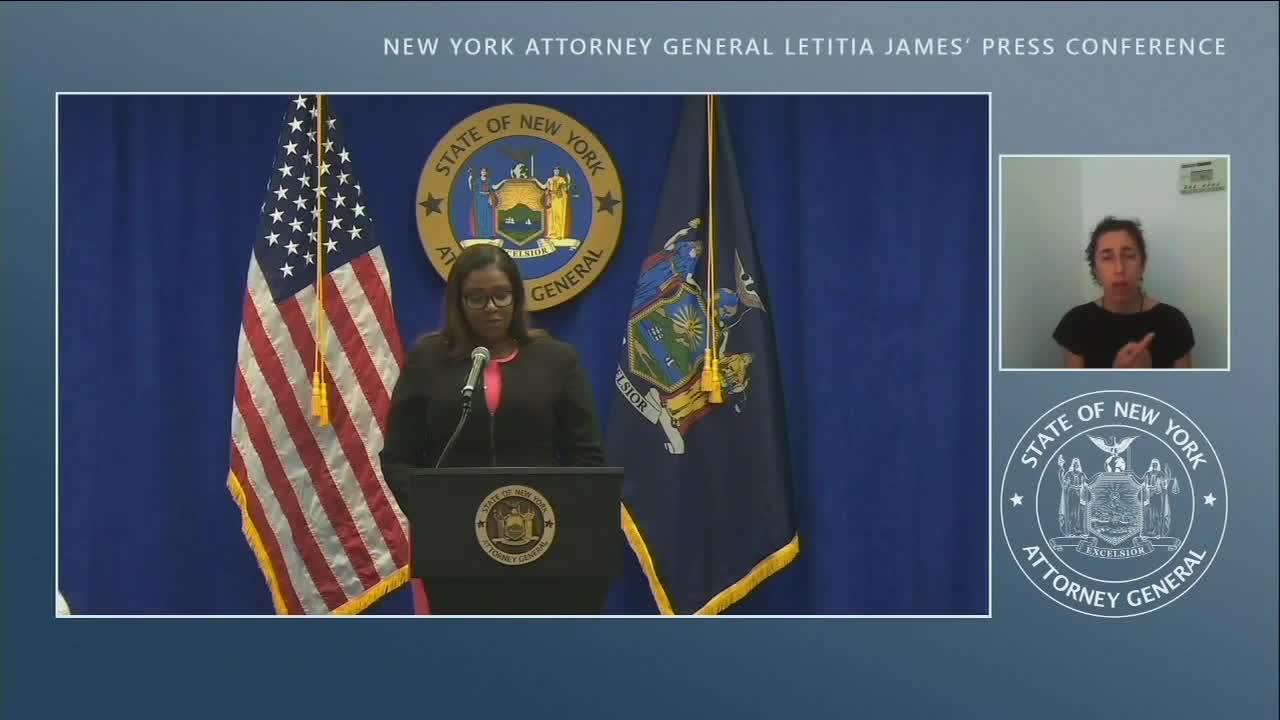 DENVER -- New York’s attorney general has filed a lawsuit against the National Rifle Association and is seeking to have the organization dissolved for its alleged misdeeds.

The 169-page lawsuit filed Thursday by Attorney General Letitia James comes after an 18-month investigation into the group.

It claims four of the organization’s leaders misused millions of dollars on extravagant trips and questionable contracts with family and friends.

“The NRA diverted millions and millions of dollars away from its charitable mission for personal use by senior leadership,” James said.

In total, the NRA is accused of losing more than $64 million in three years as a result of the misuse.

Along with dissolving the organization, the state is seeking to recoup the lost money and prevent the four men from ever serving on the board of a nonprofit again.

“It went on unchecked for a period of years and we came to the conclusion, based on our thorough investigation, that enough was enough and we needed to step in and dissolve the corporation just as we did with the Trump foundation,” James said.

Rep. Tom Sullivan, D-Arapahoe County, whose son Alex was killed in the Aurora Theater shooting, believes time’s up for the NRA.

Since day one in the legislature, Rep. Sullivan has taken on powerful Second Amendment groups to push for more gun control in the state, even fighting off a recall effort for delivering on those promises.

“In our case, we have a story versus their money. Our story trumps the money. It’s very difficult for them to argue what I’m doing and the reasons why I’m doing it,” he said.

He believes that over the years the NRA has become less about protecting freedoms and more about propping up the gun industry to make money.

“They haven’t been about people’s constitutional rights, whether you can own or not own firearms, they’re about selling a product,” Rep. Sullivan said. “They would move to another industry if they could make the same type of money, but they can’t. They found out this is a very lucrative field for them to be in.”

Rep. Sullivan says the NRA has tried to paint the picture that anyone who is against the organization doesn’t support Second Amendment rights.

Sullivan is not against gun ownership but believes there needs to be some limits and says this lawsuit could inspire others.

“This is going to empower everybody else that, you know, what you can (do is) stand up to these people as long as what you’re doing is right,” Rep. Sullivan said.

Dudley Brown, the founder of Rocky Mountain Gun Owners, was not surprised by the fact that a Democratic New York Attorney General filed the lawsuit, but he is paying attention to the allegations.

“If even a quarter of them are true, they certainly are concerning, and any gun owner should be a little upset about that,” Brown said.

Brown hasn’t seen eye to eye with the NRA for years; he believes the group compromises too much on federal legislation.

In fact, RMGO was created 24 years ago as a result of some of those very disagreements.

“Rocky Mountain Gun Owners, as an organization, has been very displeased with the way that the NRA has handled politics in almost every front,” Brown said. “We don’t like the compromise, we don’t like the deal cutting and that’s really why we exist.”

He doesn’t believe the NRA will be going away anytime soon and he doesn’t support the lawsuit, but he says it could cause the organization to spend their money a little more wisely or operate more transparently.

Regardless, Brown says the NRA hasn’t played a role in Colorado’s politics for years.

University of Denver criminology and sociology associate professor Trent Steidley believes there could be political and practical fallout from the lawsuit.

He wrote his dissertation paper on how the NRA membership influences different types of state policies for gun rights.

On the political side, the bad publicity from the lawsuit could cause the group to lose donations.

On the other hand, Steidley says the organization could also try to use the lawsuit to push for more donations during an important election year, saying political opponents who are against gun rights are using obscure charity laws to attack them.

“The NRA really does thrive in times when it can portray itself as an underdog against some kind of opponent,” he said. “In an election year does this not, in a weird way, play out to their benefit to finally get some enemy?”

If the lawsuit is successful, however, and the NRA is forced to dissolve, there is no shortage of groups that would be willing to take on more of a national role in the conversation over Second Amendment rights.

“These other organizations that are kind of on the periphery, they would be excited to try to steer that conversation about the NRA,” he said. “They’re going to say that the NRA has lost its way and got too big and got too greedy and took its eye off the ball and that’s the problem, we’re the solution to that.”

On the practical side, dissolving an organization as big as the NRA could affect concealed carry classes and more, since it provides the resources and support for many of them.

Ready for a fight

For its part, the NRA is accusing the lawsuit of being a political ploy from Democrats during an election year.

“This was a baseless, premeditated attack on our organization and the Second Amendment freedoms it fights to defend,” said NRA President Carolyn Meadows in a statement sent to Denver7. “You could have set your watch by it: the investigation was going to reach its crescendo as we move into the 2020 election cycle. It’s a transparent attempt to score political points and attack the leading voice in opposition to the leftist agenda. This has been a power grab by a political opportunist – a desperate move that is part of a rank political vendetta. Our members won’t be intimidated or bullied in their defense of political and constitutional freedom.”

The lawsuit could take years to work its way through the courts, but the NRA is promising to fight it every step of the way and New York says it’s ready for that fight.