Neighbors, a former mayor and a developer grapple over the future of the Park Hill Golf Course 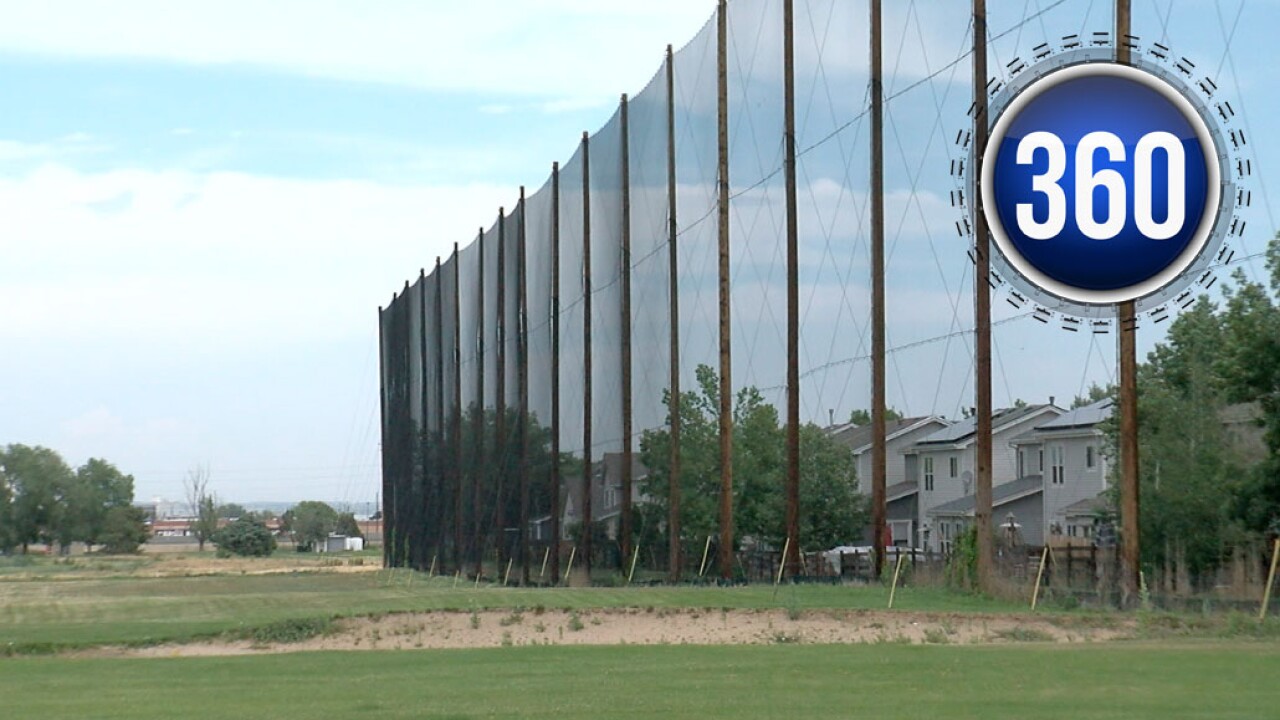 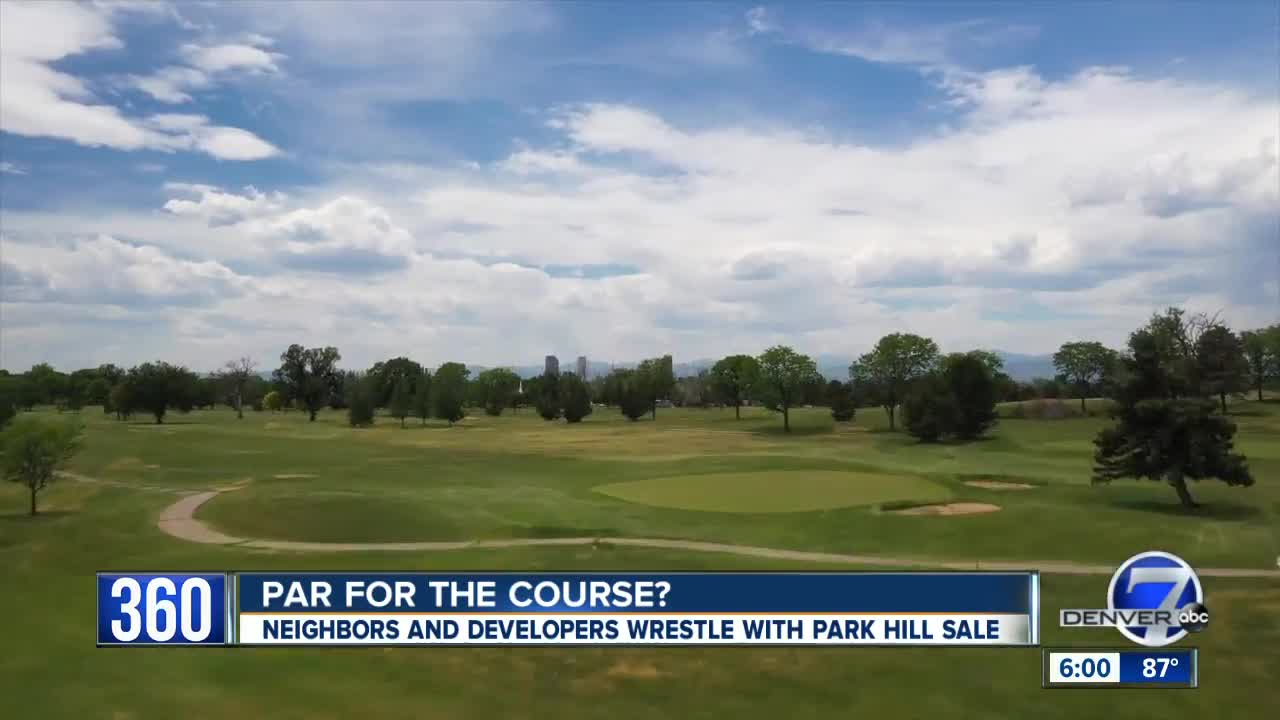 DENVER -- The pending sale of a 155-acre golf course in the Park Hill area is causing some disagreement between neighbors, a former mayor, a local school and a developer.

The Park Hill Golf Course closed down in 2018. The land is owned by Clayton Early Learning and the George W. Clayton Trust.

Last week, the trust announced it was planning on moving forward with a sale of the land to Westside Investment Partners. The deal is expected to be closed on July 11.

From a profitable property to a burden

For years, the Park Hill Golf Course was a source of significant annual income for the Clayton Early Learning school. However, in recent years, revenue from the course has declined.

Clayton and its trust hosted strategic discussions to determine what the future of the land should be to best serve the needs of the community and the school.

“Clayton has never wavered from its stated goal to steward the asset (the former Park Hill Golf Course) for the benefit of the thousands of children we serve, and to do so with respect and regard for the community in which we operate,” said Charlotte Brantley, who represents Clayton Early Learning, in a statement.

The trust is hoping that the sale of this land will set the school up for success in the future to be able to continue to serve the needs of the community and, in particular, the students.

“The proceeds from this sale will sustain our early education mission for children of limited opportunity, ensuring that Clayton Early Learning will continue to be an integral part of this community long into the future. As such, we are especially pleased that, as part of the purchase agreement, Westside has insisted on not only accessing our community visioning work, but is committed to robust community dialogue going forward," Brantley said.

The would-be buyer of the golf course, Westside Investment Partners, sees this as an opportunity to enhance the community even more.

“It’s a rare opportunity,” said the company’s president Andy Klein. “We feel strongly that whatever we do there should be a benefit to the community.”

Klein is a Colorado native who says he’s as invested in the future of this community as the people who live nearby.

“Denver is my home. I was born here and raised here, and I care deeply about what happens,” he said. “This is the project upon which my career will be judged. So, we take a lot of pride in what we are going to do there, and we want to make a community that will help build on the Denver that we love.”

Klein says the golf course could make way for new open space, retail, affordable housing or even a grocery store.

“To see average homes in the hundreds of thousands of dollars is hard to watch, and it would be great to be able to provide some truly affordable housing for people,” Klein said.

One of the reasons he thinks the golf course should go is because that land isn’t open to everyone, only the golfers, so a park or some retail would include more of the community.

Beyond that, Klein says there hasn’t been a large interest in golf at this course in particular, even when the City Park course closed for a year. During that time, the total amount of rounds played only went up by about 7% at Park Hill, according to Klein.

Golf courses can also take a toll on community resources.

“Colorado has a lot of golf courses and while there are great parks, they also were a huge drain on resources such as water. They use a lot of fertilizing agent which aren’t great for the community,” he said.

If the sale of the property goes through as planned on July 11, Klein says his first order of business is to go on a listening tour and spend about a year talking to neighbors, the city, neighborhood associations and other stakeholders about what they would like to see the future of the area look like.

The push for community involvement and feedback in the project will also happen over social media.

Westside Investment Partners is also the developer of the old Loretto Heights campus. Klein says a major goal is to embrace the history of both locations throughout the development.

At the end of the day, though, Klein says he realizes he will not be able to please everyone.

The need for green

While Westside Investment Partners sees a bright future for the area, former Denver Mayor Wellington Webb is a vocal opponent of development on the golf course.

“I care about Denver‘s future and I’m concerned that we are going to lose 156 acres of open space in the heart of the city,” Webb said in a phone interview with Denver7.

This week, Webb held a press conference to talk about his reasons for opposing new development. Webb is not only a former mayor but also lives near the golf course and would be affected by development.

“One hundred and fifty six acres in the heart of the city, that’s a lot of open space,” he said. “Once you lose it, you don’t get it back.”

Webb was mayor when a land easement deal was reached back in the 1990’s with Clayton Early Learning to prevent development on the area. The city agreed to give the school $2 million in exchange for development restrictions.

“It was our sense that that would always be maintained as open space and I was surprised that all this other stuff was taking place at the city,” Webb said.

He believes this is a both an opportunity and a litmus test for the newly elected Denver city council to seriously consider the future of the city.

“Is my hope that these younger people will come together and say that they agree that losing 156 acres of open space, park space, golf course — whatever you want to call it — for a parking lot and a grocery store is a bad trade. It’s bad for the city. It’s bad for the neighborhood,” Webb said.

The former mayor is not necessarily opposed to the idea of changing the golf course into a park; however, he believes maintaining the open space in some way is essential, particularly considering the fact that Denver voters passed the Elevate Denver bond in 2017 that aims to improve things like parks in the city.

In terms of affordable housing, Webb says there are numerous other options that are already somewhat developed and wouldn’t cost the city more of its open space.

“You look for other avenues to provide for affordable housing, other areas where there are significant parts of land,” he said.

He’s hoping that as Denver residents hear more about the sale of the Park Hill golf course, they will speak out about what they want to see happen with the area before it’s too late.

“What I am hoping is that if I can raise the question enough, this voice of one will become the voice of many,” he said.

In the neighborhood right behind the golf course, many people are not happy with the idea of development happening literally in their backyard.

Victoria Horn bought her home in June of 2017 partially due to its proximity to the golf course and says she didn’t find out until about six month in to owning the home that there were discussions about doing away with the green.

“I’m a little disappointed because it is a big selling point for us, it’s what kind of brought us to this neighborhood,” Horn said. “Had we known, it probably would’ve been a little different.”

Horn would prefer for the course to stay where it is and for the land to be left alone.

She’s also concerned about what the development will mean for her property value.

Stephanie Hills, meanwhile, just moved into the neighborhood from Nevada a couple of weeks ago and also didn’t know about the proposed changes until after moving in.

“I was really excited to move and be close to that golf course,” she said.

She would prefer for the golf course or some form of open space to remain at Park Hill and says she doesn’t want to see more housing or businesses.

However, Hills says she wouldn’t be opposed to a new restaurant or even a grocery store so long as some green space remained.

On the other hand, Jessica Dempsey doesn’t want to see any development at all in the area and hopes that the land easement deal holds up even after the golf course is sold.

“I would like for them to not cut down the trees,” she said. “What they’ll do is they’ll turn it into like the other side of the golf course, which is like a Qdoba, a nail salon, an Orange Theory and a bunch of condos.”

Dempsey has been living in the neighborhood for about eight years; her husband bought the house when it was first built 15 years ago. She says the area is already crowded and more development wouldn’t help.

“The intersection is already a disaster, the neighborhood is already congested, they would have to redo that whole intersection on 35th and Colorado just so people could turn right or left from there,” she said.

Dempsey also believes the golf course could be profitable again if more money was invested into improvements.

Ivan Frias, meanwhile, lives in a condo near the course and currently uses it to play fetch with his puppy since golfers no longer frequent the greens.

Frias says he loves the area but would be open to some development.

“We would love to see part of it being kept as an open space, but we certainly welcome change,” he said. “A grocery store would be very convenient. Some open space would be ideal. I could see some housing, given the need for housing, so a little bit for everyone would be good.”

Frias says he also wouldn’t necessarily oppose a high rise if that were to come to the area. He has lived in the area for about four years and says he didn’t see many people using the course over the years.

“It always seemed interesting to me that we have this golf course and the City Park nearby. It didn’t really seem to me like a good way to use resources for this community given where we are,” he said.

While the sale of the land is pending, the fate of the golf course is still uncertain.

Denver7’s media partner, The Denver Post, also reports the city had expressed interest in past in buying the land for itself and that the golf course operator, Arcis Golf, has fought for its “right of first refusal” to buy the land for itself.

Despite this, both Westside Investment Partners and Clayton Early Learning are hoping that the sale of the land will go through as expected on July 11.

For now, though, the course sits empty and the community around it is waiting anxiously to find out what the fate of the land will be.