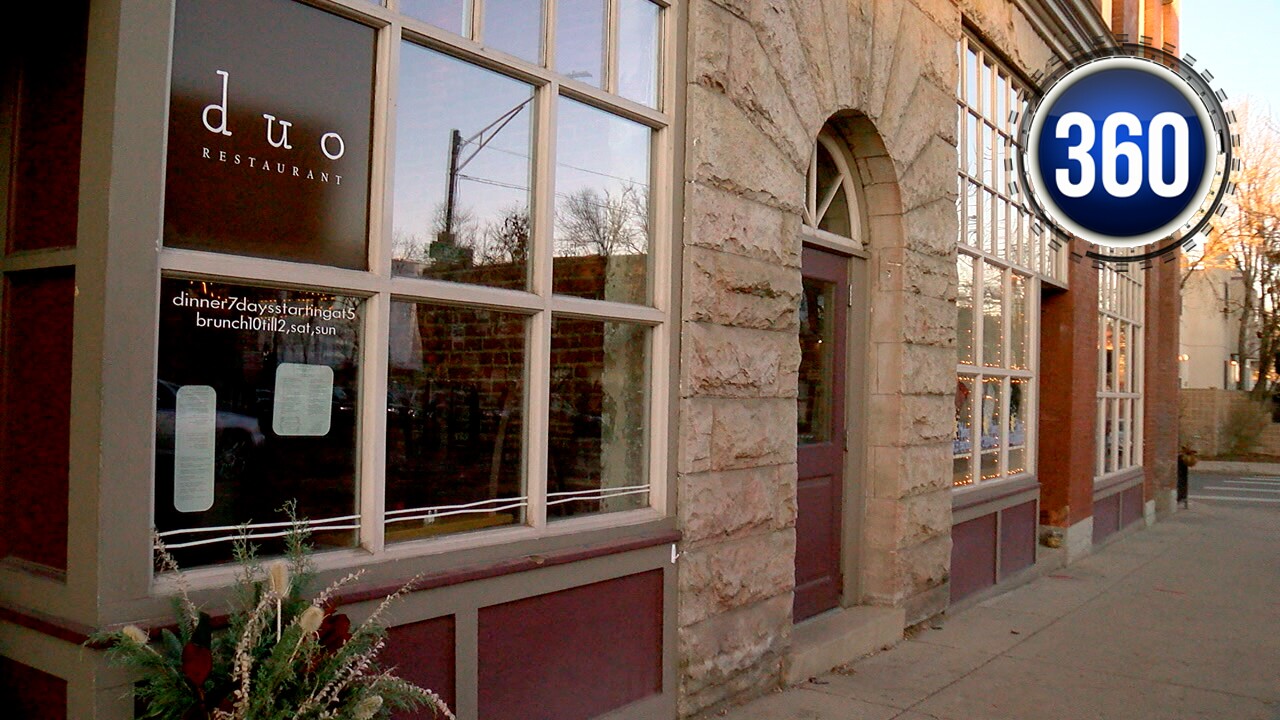 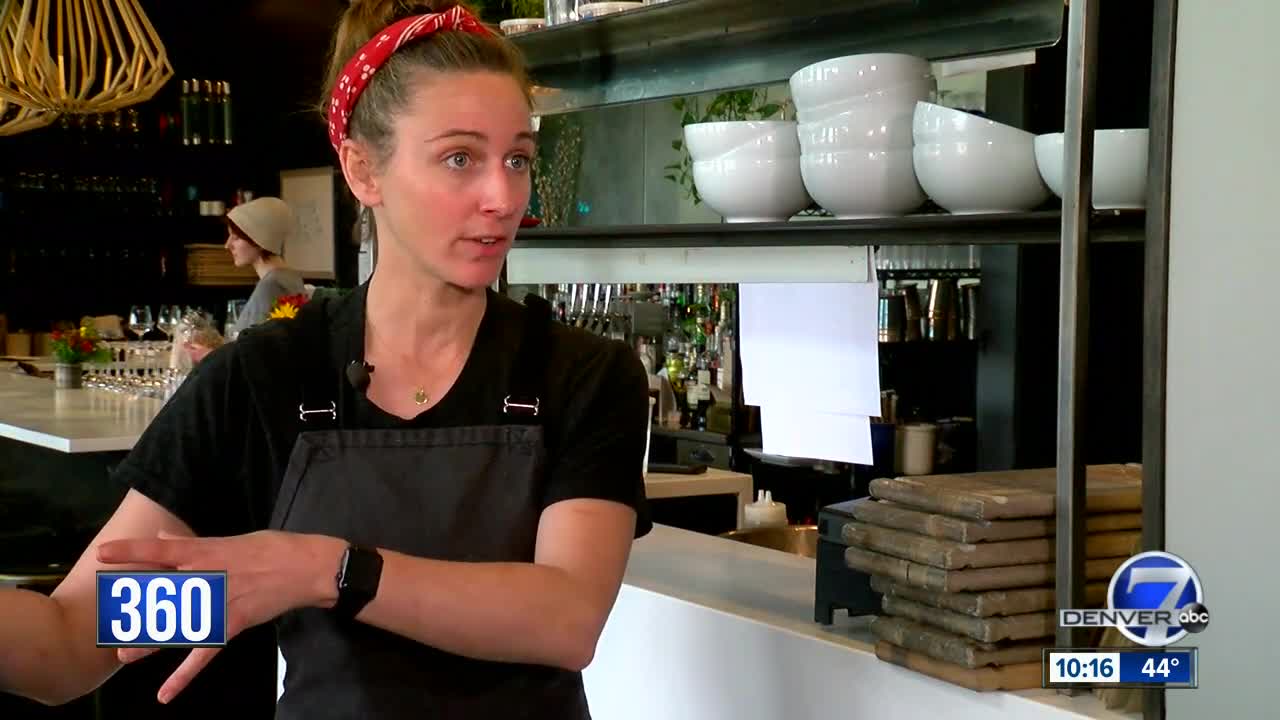 DENVER — If you're dining out in Denver anytime soon, you may want to take a closer look at your bill.

More restaurants are starting to consider surcharges and service fees to boost kitchen pay and compensate for rising wages.

The wording and what each fee pays for varies from restaurant to restaurant.

"It has a KAP fee, 2 percent," said customer Diana Vigil while reading the charge on her receipt from Denver's Cholon restaurant.

"Please be advised that we have added a 10% service fee," said diner Bob Newland while reading the menu at a Broomfield Mexican Restaurant.

Denver restaurants tack on fees to pay for rising wages

Duo Restaurant has been serving up farm-to-table dishes in Denver's Highlands neighborhood for more than decade.

"Just about everything has changed in the last 14 years," said owner Bobby Rayburn.

Since then, the cost of living in Denver has skyrocketed, and Rayburn wanted to make sure his kitchen staff could keep up.

"It's not like there's an excess of funds to pay kitchen staff," he said.

In response, Duo Restaurant added a 2% "kitchen livable wage" surcharge to every customer's bill — money that is then used to help boost pay for his back-of-house staff like cooks and dishwashers.

"It was a very scary thing for us...we spent a lot of time talking about, 'Hey this could break our business…is it worth it?' and we unanimously said, 'Yeah,'" Rayburn explained. "To pay our staff fairly — it's that important to us."

Rayburn was ahead of the times when he added the surcharge two years ago, but he said they haven't experienced a lot of pushback from customers.

"We had one guy call a week after the story came out and just ask if we were going to start charging to use the bathroom, and then hung up the phone," Rayburn said, laughing. "But that's really it."

The key, he said, is ensuring that customers know what the fee is paying for — something they try to make clear on their menu and each customer's receipt.

"Everybody we talk to gets it. They're proud to be a part of it and our kitchen staff couldn't be happier," he said.

For him, the surcharge is about making sure all his employees are paid fairly.

A server or bartender makes slightly less than minimum wage but can double or triple their hourly rate with tips.

The minimum wage for kitchen staff is currently $11.10 in Colorado and, under his model, they can't legally receive tips.

"The average cost is about 37 cents per guest," Rayburn said.

He said that average increases his kitchen staff's wages by $2 an hour, which helps keep dishwashers and cooks like Chris Mendoza happy.

"It's nice to be recognized, you know, like a lot of the tips really go to the front of house," said Duo Sous Chef Chris Mendoza.

He said the extra pay means he can afford rent in the city where he works.

"It has done wonders for where I'm at right now," Mendoza said. "I think a lot more restaurants should be doing it, but yeah, that's my point of view."

Aurora restaurant owner is serving up a different model

Across town in Aurora's Stanley Marketplace, Annette restaurant is breaking the traditional mold and pay structure for restaurant employees.

"It didn't seem fair...I feel like the kitchen is putting in just as much work as the front of house," explained owner Caroline Glover.

Glover implemented a tip-pooling model at her restaurant, which means tips from customers are split evenly between front- and back-of-house staff.

"I want people to feel like they can pay their bills. It makes a happier working place," she said.

Glover can legally pool tips by paying all her staff the full minimum wage, instead of the traditional model where servers and bartenders can make less under what's known as the tipped credit.

"I think the tipped system where one portion of the restaurant gets all of that is super archaic," she said.

Glover is closing the pay gap between front- and back-of-house staff and thinks it's time for more restaurants to break the mold.

"This needs to happen. Restaurants need to start coming up with different systems," she said.

Miles Mazey serves up drinks and food at Annette.

As a long-time restaurant worker, he was used to making his own tips but is now fully behind tip pooling.

"I didn't really take much of a pay cut, if at all, working here," he said.

Mazey believes the model helps break down barriers between servers and kitchen staff and helps create a team culture often missing from restaurants.

"I see it as the future," Mazey said. "I think it's really closing the gap between the pay disparity between front and back of house."

What do diners forking over the extra cash think of these fees?

Diana Vigil had lunch at LoDo's Cholon Restaurant where they also charge a 2% surcharge to help boost kitchen staff pay.

"I think people should make a living wage if they're working," she said.

"Oh, the 2 percent was on there," she said while reviewing her receipt.

But she didn't notice it until Denver7 pointed it out.

Other diners like Bob Newland aren't sold on the practice and said it could cost these restaurants a customer.

"They're getting paid more, but they may not get our business as much," Newland said.

“I think we’re going to start seeing this catch on more quickly now that we’re seeing those changes being made in Denver," said CEO and President Sonia Riggs.