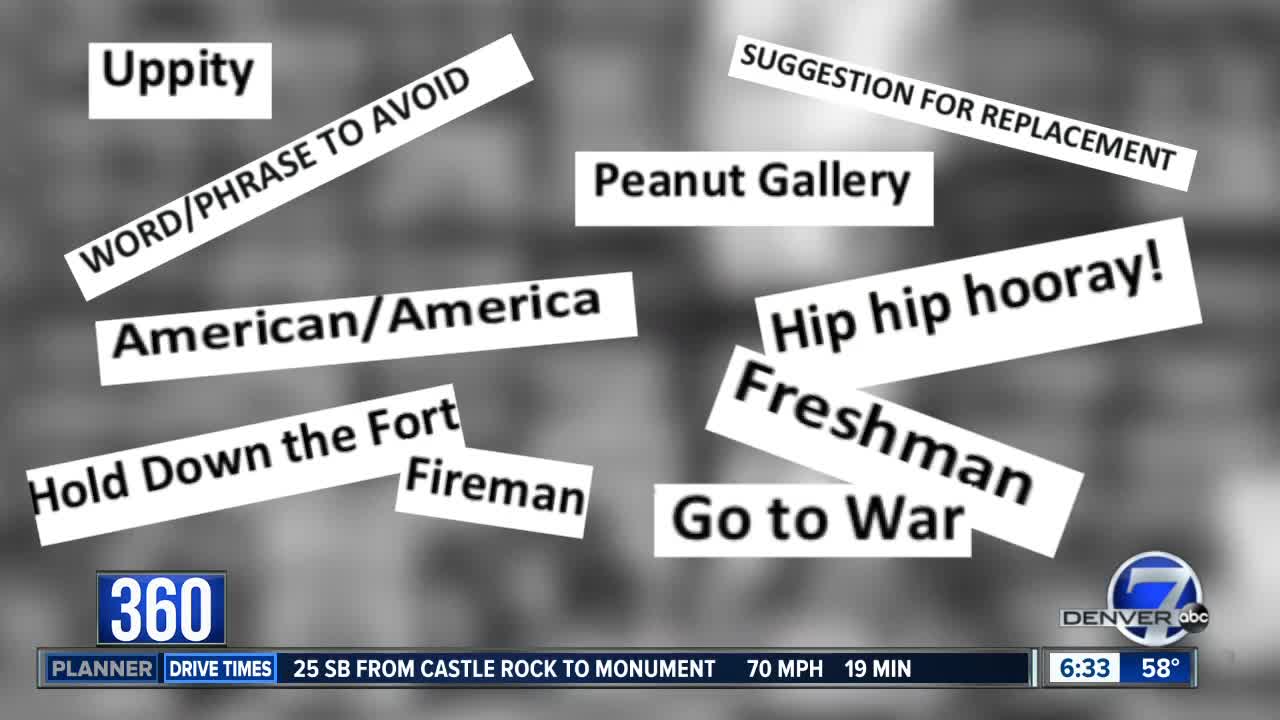 FORT COLLINS, Colo. — A so-called “inclusive language guide” created at Colorado State University sparked a new kind of controversy when an early version suggested faculty and staff avoid the word “American” when referring to people from the United States.

While CSU has since deleted that draft of the guide, when that version made news this summer, it set off controversy in some circles.

The guide included the word “American” as possibly offensive because, “the Americas encompass a lot more than the United States. There is South America, Central America, Mexico, Canada … 42 countries total.”

It suggested describing yourself as, “a person from the U.S.” as an alternative.

“But, that’s our identity,” said one CSU student.

This look at the CSU language guide starts with the university which insists this is a guide, not a policy; a Christian university policy director who says guides always become policy; a conservative free-speech advocate who says this is an attack on freedom; and the students who see both sides.

The university tried to put the controversy to bed earlier this summer – when both Chancellor Tony Frank and President Joyce McConnell immediately clarified the university’s intent and that the document was a draft.

Frank said in an op-ed in the Denver Post that some of the suggestions were “just plain silly.”

And in a letter, McConnell said, “We do not place prohibitions on language on our campus.”

But the damage was done and the guide - rough draft or not - was out there for the world to see.

“My God. Get over yourselves,” said Jon Caldara, president of the libertarian think-tank Independence Institute. “Get a life and get a real job.”

“Being American is a great thing to be celebrated,” said Jeff Hunt, vice president of public policy at Colorado Christian University.

“What may today be a guide, eventually becomes policy,” Hunt said.

The guide also suggests not using “ladies and gentlemen” to address a crowd, suggesting instead gender-fluid language like, “everyone” or “people.”

“As a result, I think people are coming out of universities even more confused,” Hunt said.

Caldara says it goes beyond that.

“Well, it’s absurdity and you can laugh at it, but there’s a method behind the madness,” Caldara said.

Caldara believes when colleges start controlling your words, they control your minds.

“Because the words we use help program our brains,” Caldara said. “And speech codes are what tyrants or communist parties institute.”

He questions far more than the word “American.” The word “war” is also listed in the language guide.

“So, is the war on poverty a hateful thing?” Caldara said. “What they’re doing is getting to young, impressionable minds.”

That brings us back to campus.

Students here and even graduate teaching assistants say they are conflicted.

“One of our speakers came in the other day and said, ‘Okay, guys.’ And then, had to stop himself and said – ‘When I say guys, I don’t mean just males, I mean everyone sitting in this room,’” said a graduate teaching assistant.

“Some people don’t necessarily fall under the binary, which basically means they don’t identify as a man or a woman,” said another student on-campus.

“Sometimes you say something offensive and it’s just because you had no idea it was offensive,” said another graduate teaching assistant.

What most can agree on is respect for their peers.

“If it is something that’s offensive to someone, of course, I don’t want to use it,” said a student. “But I definitely feel like disagreement is going to be a part of life.”