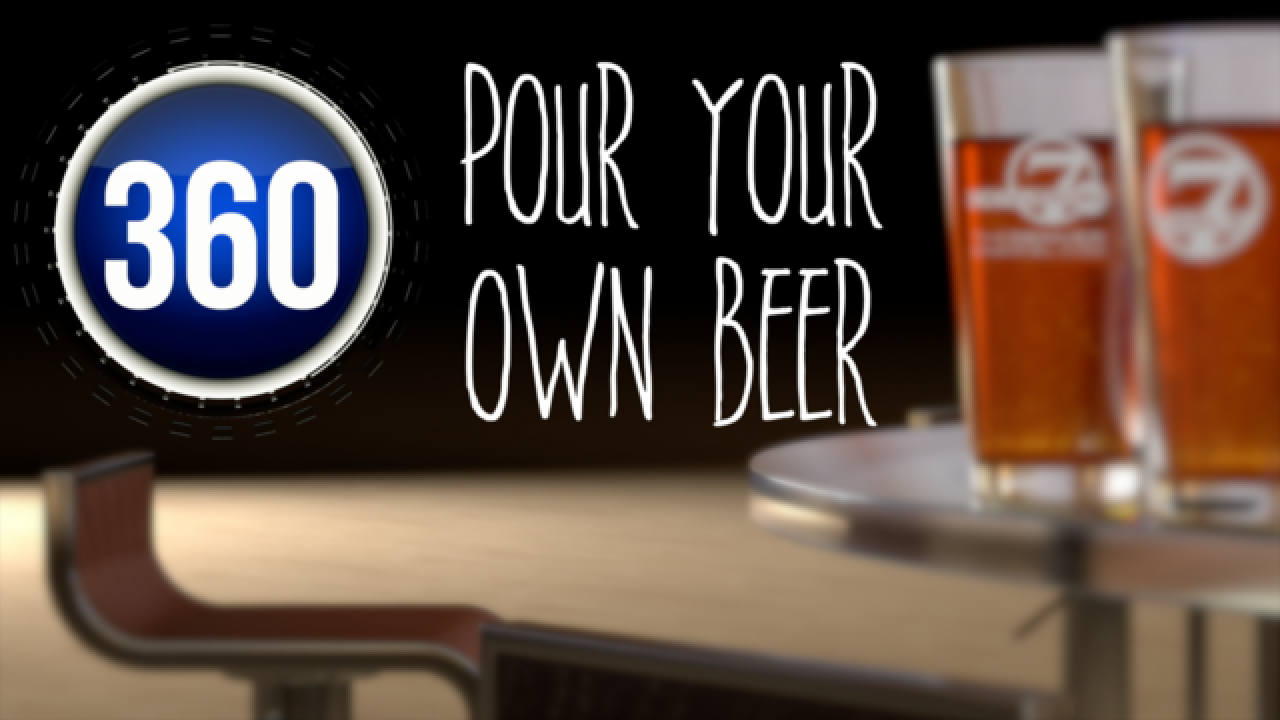 First, we got self-serve checkouts at the neighborhood grocery story, then came order-yourself kiosks inside your favorite fast food joint. Now something else is trending: pour-your-own beer.

The unique business model is re-igniting the argument over the idea of machines taking the place of humans.

Denver7 decided to go 360 on the topic. Is this business plan selling convenience and savings, or simply killing jobs?

The process is fairly simple. Customers register, get a card, walk up to a self-serve bar and pour.

First, the developers. Their biggest sell is the idea of servicing more people with a lot less staff.

"You have the staff savings,” said Oliver Dunn, regional manager of Pour My Beer, a company that has sold its technology to hundreds of businesses across the world. “What we see, depending on the concept, you know, (is) 20 to 30 percent staff savings."

On the flip side, you have bartenders who make a living behind the bar. Chance Dunston has been a bartender for 15 years at The Rock Restaurant & Bar in Aurora. He said he can make up to $85,000 a year bartending.

Denver7 also talked with Laura Dunston who owns The Rock Restaurant & Bar. She says she takes pride in her neighborhood bar and would never go with the self-serve option. That being said, she said she understands why some businesses would.

“Minimum wage is really high,” she said. “When you have employees getting tipped, plus they make that salary taxes go up — everything goes up."

Then there’s the perspective from a business that actually uses the technology. You can find a self-serve beer wall at First Draft Taproom & Kitchen in Denver’s RiNo district. Staff there said it’s not about getting rid of bartenders, but rather hiring so-called beer ambassadors.

“We're not looking to eradicate a bartender like position,” said Marc Cavender with First Draft Taproom & Kitchen. “We're just looking to make it more about conversation and the experience."

Finally, Denver7 consulted with an economist from the Metropolitan State University of Denver. Professor Alexandre Padilla said machines are indeed taking over some jobs, but when one door closes, another one opens.

“We should not forget that machines need to be built programmed, designed, repaired ... and maintained,” said Padilla. “Those give jobs to other workers.”