Voters will decide the fate of I-300 in May 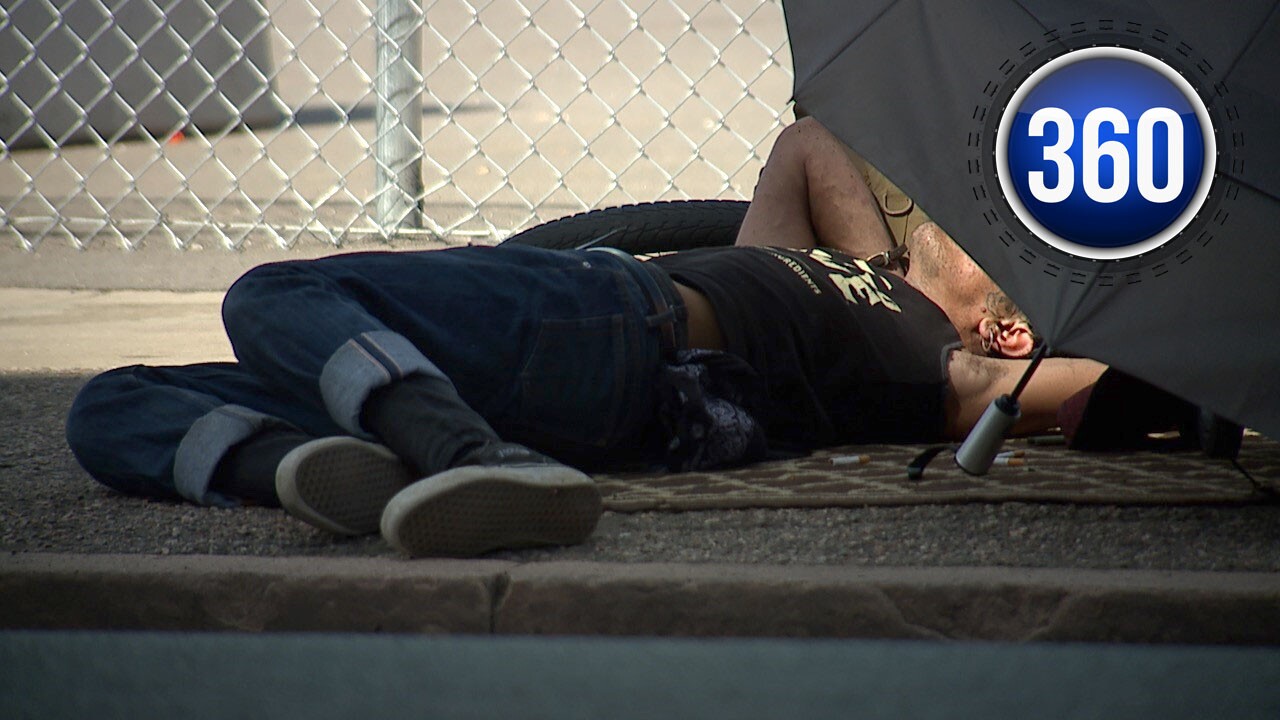 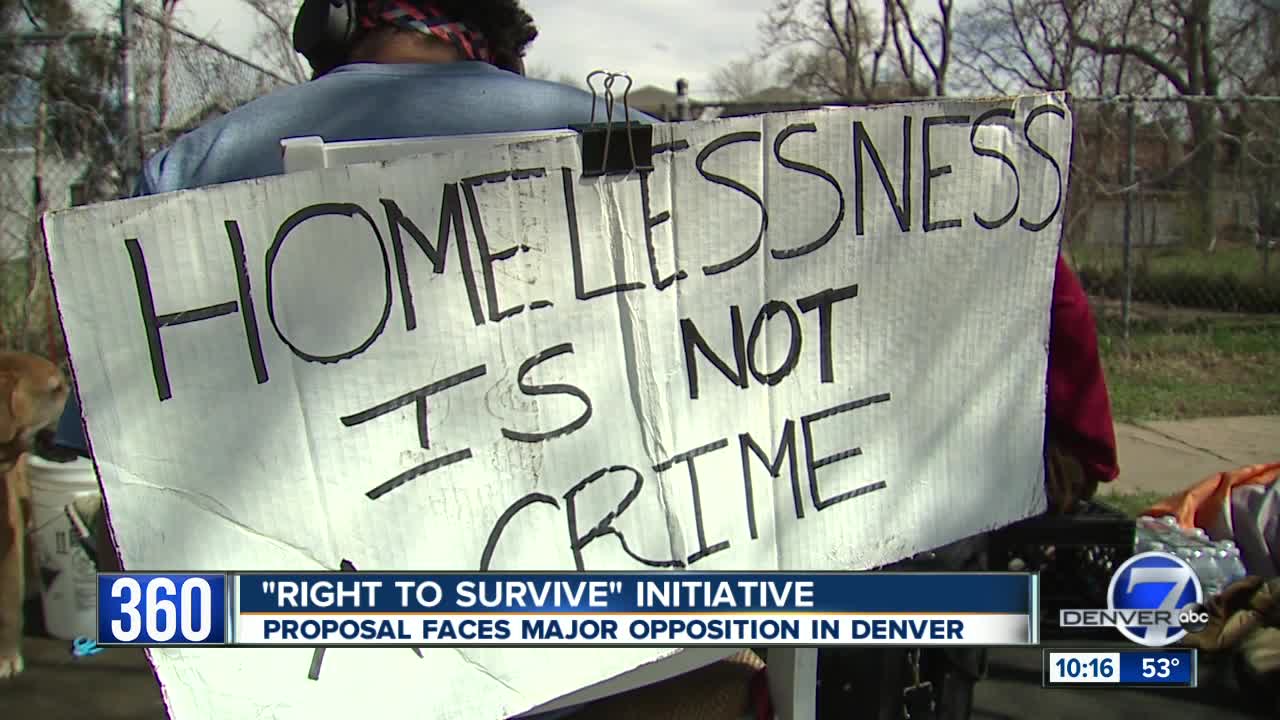 DENVER -- Tents line the street at 27th Avenue and Arapahoe where a homeless camp is growing right in a trendy area of Denver. The city has an urban camping ban in place but you wouldn't know it from looking at this corner.

Supporters of Initiative 300, or the "Right to Survive" ordinance, say it's an effort to overturn the camping ban but it's also about more than that. They say the initiative is about human rights.

"A high percentages of folks that are homeless are being harassed, ticketed and arrested for acts of survival," said Terese Howard with Denver Homeless Outloud.

She said the initiative is the direct result of sweeps that have been conducted by the city. Denver7 has reported on a series of sweeps where the city will clean up areas around shelters and other spots where homeless individuals stay for the night.

"These camping ban laws do no connect people to services, they simply push people around the city in an unsafe and dangerous way," said Howard.

Not only has the initiative sparked fierce debate, more than than $1.5 million has been raised in the fight against it. Campaign finance reports show the Colorado Rockies recently donated $10,000 to a group called Together Denver.

The opposition has raised concerns about camping in Denver parks and tent cities popping up around the city.

Other large contributors include the Downtown Denver Partnership, VISIT DENVER and the Denver Center for the Performing Arts.

As ballots start to go out, a local radio talk show host decided to go to Seattle where he says similar policies have proven devastating for the city. Peter Boyles is a familiar voice on morning radio where he hosts a weekday show on 710 KNUS. He recently traveled to Seattle with a crew from the radio station.

"It’s bitterly sad, I feel very bad for the people that are there, but the answer isn’t to say you can camp anywhere you want and we’ll take care of you, they have dubbed it 'Freeatle' which is interesting," said Boyles.

His team spent four days in Seattle where they drove around the city and visited numerous camps. They stopped near the outskirts of a large camp he says the locals refer to as 'The Jungle.' When they approached, he said the trash and the smell were overwhelming.

One of his pictures shows a man passed out in a camping chair, right in the middle of a freeway interchange. He describes what he saw leading up to that photo, "He just injects in his arm and kind of puts his feet up and goes out as cars are going around the circle and everything."

He fears if the "Right to Survive" ordinance is approved, Denver could end up looking a lot like Seattle.

People living in the tent city near 27th and Arapahoe see it differently. The makeshift city's founder, Jerry Burton, has been living on that piece of land on and off since January. He says that if I-300 passes, he would like to see more camps like his across the city, but points out people are already pitching tents wherever they can.

He believes he is offering a service that the city isn't providing. He also said he doesn't stay in shelters because he compared it to being treated like cattle.

"We are homeless, that means one thing. We are un-housed. We are not out here trying to take over your park, your front yard, your house," said Burton.

Legal analysts with the Denver City Attorney's Office have been studying the language of the proposed initiative to see how it could impact the city.

"It could cost taxpayers money but it could also mean that there would be conduct that citizens would want the police to enforce where the police may be having to say, 'I’m sorry I can’t do that,'" said Melissa Drazen-Smith, Assistant Director of Prosecution for the City of Denver.

Drazen-Smith believes I-300 would open the city up to various legal liabilities throughout various departments and agencies. For example, she said the parks department would have to determine what the initiative could mean for the current park curfew.

She also worries some terms are not well defined, like what constitutes public space. For that reason, she believes it's inevitable that the "Right to Survive" would end up in court in order to clarify the language and determine boundaries.

"So when I look at those words and I think, 'OK, so what is public property in the way that they’re defining it? It would include sidewalks, malls, school playgrounds, public playgrounds, parks, mountain parks, Red Rocks, the airport, the National Western,." said Drazen-Smith.