Copyright 2019 Scripps Media, Inc. All rights reserved. This material may not be published, broadcast, rewritten, or redistributed.
Denver7
At Bend &amp; Blaze Yoga in Denver, Asana instructor Amanda Hitz is introducing hits into the breathing techniques. The facility allows yogis to bring their own product to use before class. 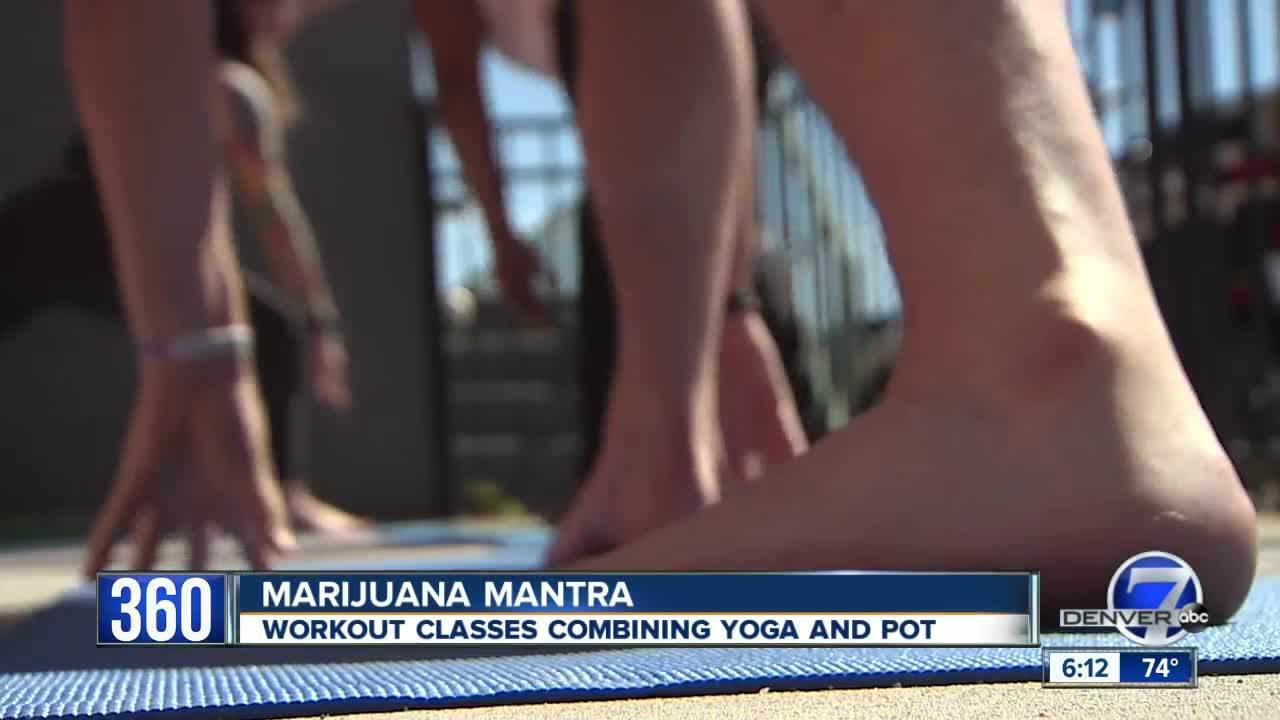 DENVER – There is a new trend blossoming in Colorado that pairs weed with your workout: mixing downward dog with doobies.

At Bend & Blaze Yoga in Denver, Asana instructor Amanda Hitz is introducing hits into the breathing techniques. The facility allows yogis to bring their own product to use before class.

It is legal to smoke at certain venues in Denver because they qualify as social clubs under Denver’s ordinance.

“It allows you to kind of quiet that chatter in your mind, which is a big part of yoga,” she said. “Your well-being is benefiting from it.”

Steph Lindsey says she is living proof that is true. She lost her mom two years ago and was searching for a way to get through her loss when she started going to classes at Bend & Blaze.

“I’ve had some amazing self-realizations,” Lindsey said. “It’s more about – come, focus on yourself. Figure out some things about your life and what you want to do.”

Joey Brawner was hesitant at first. But not about the weed – about the workout.

“I think there were a lot of preconceived notions about masculinity and yoga,” he said.

But some of his classes are comprised mostly of men, and doing cannabis yoga has been more beneficial for him than he imagined.

“I feel a lot better Friday morning when I’m getting up if I do my cannabis yoga as opposed to going to happy hour or something like that,” he said.

Others who had not tried doing yoga after smoking or eating THC said they thought the two should be used separately in order to keep the feelings separate.

“Yoga is intense, and I kind of like to have all of my mental facilities about me,” said one man. “Maybe pot after.”

Jana Everett is a yoga instructor who does not combine the two.

“The benefits of yoga are pretty well-known as a physical practice," Everett said. "It helps people become more aware of their bodies in space,” she said.

While she is a firm believer in the tranquility, postures and breathing of traditional yoga, she’s not necessarily against using beforehand.

“Why not pair them up if that’s your thing?” she said. “I’m not against it. I don’t think that it hinders the practice of yoga.”

She said she's a believer that the more people who are introduced to yoga – no matter the type – the better.

“If everybody’s on the same page about it and wants to experience the same thing, why not?” she said.

And what about pot yoga?

After all, there are many different types of yoga to practice – particularly here in the Centennial State.

She agrees with Everett – the more, the merrier.

“Embrace the weird and embrace what works for you,” she said.

“As I get older, I need to pay more attention to my body and make sure I can still move the way I used to,” Brawner said.

For some, this growing trend is a breath of fresh air – and certainly gives new meaning to the words “inhale” and “exhale.”