In a new era of Broncos football, what will Denver do in the 2022 NFL Draft? 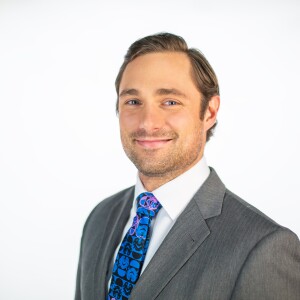 With the NFL Draft upon us, we took a 360 In-Depth look at the new era of Denver football and a new draft strategy for Broncos general manager George Paton.

Have an opinion of your own on this year’s draft and the outlook for the team in 2022-23? We want to hear from you! Submit ‘Your Opinion’ by clicking here.

DENVER – The minute Russell Wilson arrived in Denver, everything changed – including how the Broncos approach this year’s NFL Draft, which kicks off Thursday and runs through Saturday, with full coverage on Denver7.

So, with draft night nearly upon us, we took a 360 In-Depth look at the new era of Denver football and a new draft strategy for Broncos general manager George Paton.

We spoke with Broncos fans are who students at Evergreen High School, a superfan from across the pond, and a few gridiron experts to answer the questions of how much the Broncos can improve in this year’s draft, what positions or players should get drafted, and how excited fans are despite the Broncos not owning a first-round pick after the Wilson trade.

Let’s start with interest in the draft. Unless they trade up, the Broncos won’t even be making a pick on the first night of the draft on Thursday. And again, as long as they don’t trade up, fans could be waiting quite some time even on Friday to see what Paton decides to do with his first pick, since the Broncos own the very last pick of the second round.

In a new era of Broncos football, what will Denver do in the 2022 NFL Draft?

Evergreen High School senior Luke Alby said his interest is not quite there, though that’s also not quite an opinion shared by his peers.

“I’ll definitely just be getting the notification on my phone and not watching all seven rounds,” said fellow high schooler Russell Taber. Another Evergreen high schooler, Jameson Davis, said he’ll be happy as long as the Broncos pick a position they need to address and not another quarterback bust.

And while the younger generation might have less time-consuming ways of monitoring their favorite team's draft, over in Ireland, Colum Cronin is a bit more jazzed.

“I love it. I love the speculation that goes around it,” he said.

And where does the bulk of his interest come from this year?

“We have Russell Wilson this particular draft,” Cronin said – something felt across Broncos Country after five less-than-stellar seasons.

Though the Broncos gave up early draft picks in the Wilson trade, there aren’t a ton of holes to fill on the roster.

“If you look at the roster candidly, the right side of their offensive line [might get addressed first] – right tackle, maybe,” said ESPN’s Dan Orlovsky, a former quarterback who thinks the Broncos should draft a right tackle – but only the right right tackle.

“You don’t want to take a guy at right tackle that you have a fifth-round grade on just because he’s the only right tackle left,” Orlovsky told Denver7. “[It] would be a guy or a position that they would identify and be aggressive with it.”

Central Michigan’s Bernhard Raimann could be a good fit if he’s available at No. 64.

What's your level of optimism for the Broncos this season? Share your opinion

Broncos legend and media icon Mark Schlereth agrees if Denver can get a good starting right tackle in the second round, they should go for it. But he also knows diamonds can be found late in the draft, as he was a 10th-round pick who won three Super Bowls.

“The majority of your football team is built around the fourth round anyhow,” Schlereth said.

Orlovsky agrees that those types of mid-to-late round players can be the foundation for a winning culture.

“You have to prove it every single day,” he said. “They make up for it with their professionalism.”

And as Cronin noted from Ireland, one of the most well-liked and successful Broncos players ever, Shannon Sharpe, was a late-round pick as well.

But second-round pick and right tackle aside – where else do fans think the Broncos should look to improve in this year’s draft?

For Cronin, it’s at tight end after the trade of Noah Fant, or cornerback, since Paton loves having those around, as noted by last year’s first-round pick of Pat Surtain II. Or maybe it’s linebacker, he says, a position many say the Broncos need to address.

Davis, one of the students, thinks the Broncos should look first at defensive linemen – the core of the defense that led the Broncos to their last Super Bowl victory. Taber suggested beefing up the offensive line.

So, obviously, there is plenty for Paton to consider over the next three days. But the good part about this year’s draft is that after the offseason Paton has had, all roads increasingly seem to lead to long-term relevancy for a proud and storied franchise. But the Broncos will still have to show up on Sundays and play well in what is expected to be a neck-and-neck AFC West race.

And while the pressure from Broncos fans is seemingly always on the team to win, especially for the last several years, it’s not yet Super-Bowl-Or-Bust for some.

“I don’t expect to win the Super Bowl this year,” said Davis, adding that Wilson should be here for many more years to bring another Lombardi Trophy to Denver.

And when it comes to talking Broncos, it’s all a bit more fun this year compared to debating over Drew Lock.

“That’s the fun thing,” said Cronin. “That’s what’s great about this time of year, and that’s what it’s all about.”

Denver7 will have full coverage of the NFL Draft on Thursday, Friday and Saturday, with analysis from the Denver7 Sports Team to follow. Denver7’s NFL Draft Special airs Wednesday at 6:30 p.m.