If put to a vote, would you support sports betting in Colorado? 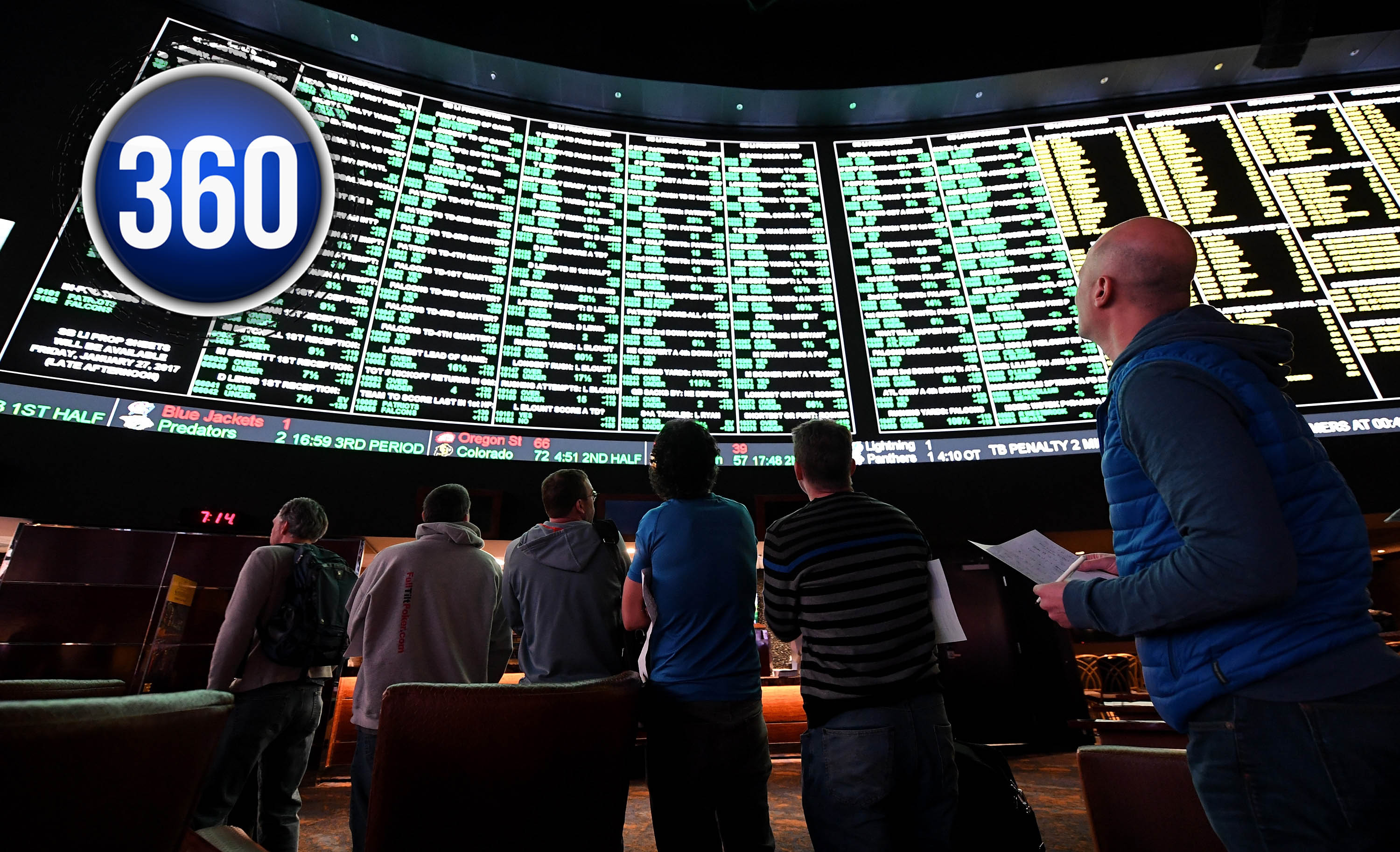 f put to a vote, would you support sports gambling in Colorado? The United States Supreme Court opened the door to the opportunity last May when it allowed states outside of Nevada to decide if they wanted to legalize the practice. 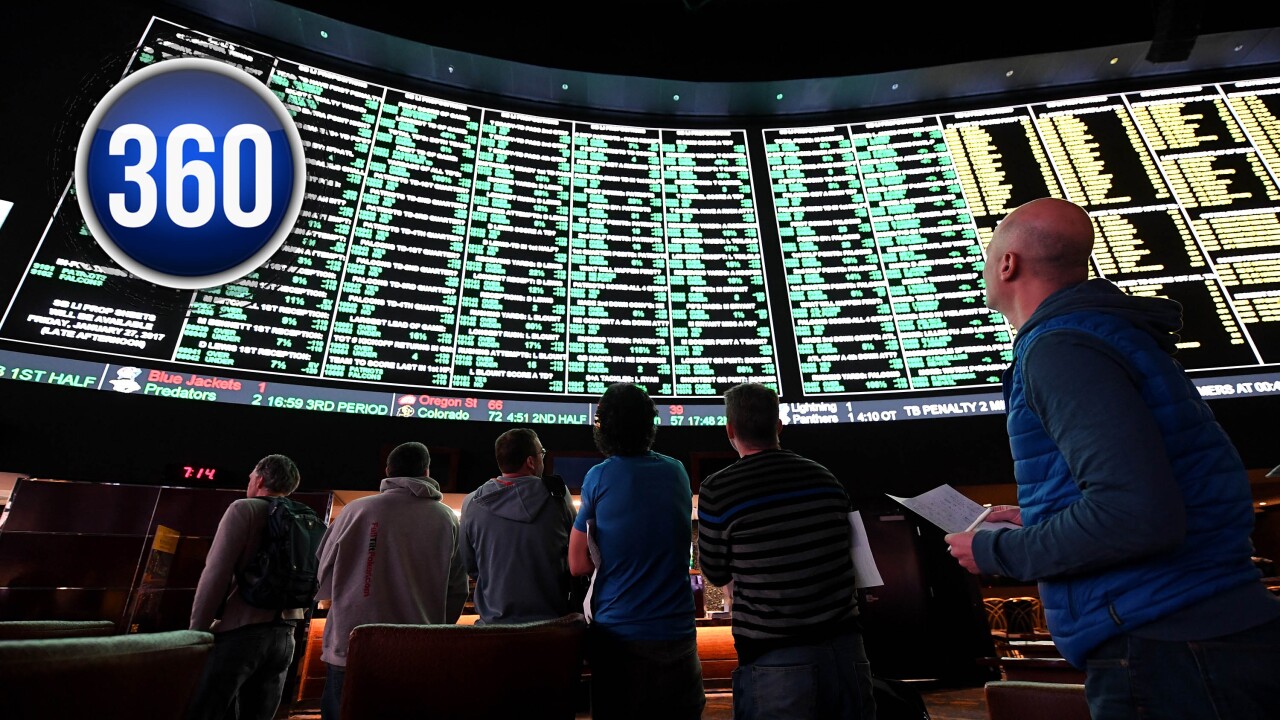 DENVER — If put to a vote, would you support sports gambling in Colorado?

The United States Supreme Court opened the door to the opportunity last May when it allowed states outside of Nevada to decide if they wanted to legalize the practice. Since the Supreme Court gave states the option, seven states have already joined Nevada with live and legal sports betting (New Mexico, Pennsylvania, West Virginia, New Jersey, Rhode Island, Delaware and Mississippi). Two other states (Oregon and Arkansas) along with Washington, D.C., have passed a sports betting bill but are not operational. Colorado and 27 other states are currently exploring the possibilities.

Jay Kornegay, the executive vice president of operations at the Superbook in Las Vegas and a graduate of Colorado State University, understands the state's love of sports and politics, but cautions it won't bring the money that the marijuana industry has poured into the state since it was legalized in 2012.

He cautions the state on what may be over optimistic projections on tax revenue from sports gambling. Last year, sports books in Nevada produced $301,000,000 in profit. The tax rate in the state is 6.75 percent of that profit, which produced a little over $20 million in tax revenue for a state that had been the only place to legally bet on sports in the country. Kornegay has provided Denver7 a list of common betting misconceptions

Coloradans expected to consider the option this November

"We've been closely monitoring the Supreme Court case,” said David Farahi, the Chief Operating Officer of the Monarch Resort/Casino in Black Hawk. “It just opened the door for every state to legalize sports betting as they wished,” Farahi added, also saying gambling in this country has historically been a state by state issue and not a federal issue.

The reason sports betting will likely go to voters is the TABOR amendment passed by voters nearly 30 years ago requires voters to approve any tax increase.

“It is a new tax, according to TABOR and according to the Colorado constitution it has to go to a vote of the people,” said Farahi. He also agrees with Kornegay on managing expectations for tax revenue. “You have all these people trying to get their hands in the sports book or sports betting cookie jar. And they think there are giant cookies in that cookie jar and really, it’s just a lot of crumbs."

Could the money be used to solve the state's transportation backlog?

“I think its fair to say it could solve part of it,” said Mike Kopp, President and CEO of Colorado Concern.

His organization of business leaders worked to help solve Colorado’s nine-billion-dollar backlog of transportation and road related improvement proposals. Some have suggested that any tax revenue created if sports gambling gets voter approval could go to improve the state’s roadways and help cut into the funding shortfall.

“I think its most reasonable to assume it could solve part of it,” Kopp added. “We have about a $9 billion transportation backlog here in the state. That’s a big number; it would take hundreds of millions of dollars a year to pay off the notes on a loan that size. So, I think it’s reasonable to say it could be a part of the solution. I don’t see it being the whole solution.”

Mike Hartman, the former Executive Director of Colorado’s Department of Revenue has been watching some of the projections for tax revenues provided by private companies.

“A firm out of California estimated somewhere between $100 million and $200 million (from tax revenue) for Colorado specifically," Hartman told Denver7, and compared those projections to what the state has brought in from the tax on legalized marijuana. “In 2017, we collected about $250 million in tax revenue from marijuana activity.”

Hartman and others say it will now be up to state lawmakers to decide if and how they want to bring the issue to Colorado’s voters.

"You can't image the impact it has on families and kids"

Peggy Brown, a recovering gambling addict and a board member of the Colorado Problem Gambling Coalition, said she fully expects law makers and voters to approve legalized sports betting later this year.

“I think it’s going to come because Colorado wants the revenue from it. You know, it’s always the fix.” Brown said.

She told Denver7 her hope is that state lawmakers find a way to make sure some of the revenue helps pay for treatment for current and future gambling addicts. She add, “it’s just going to produce more people that are addicted to gambling."

Research points to pent up demand in Colorado

"If you look at the numbers over the past year in Las Vegas and Nevada they have actually increased their sports betting, so I don’t think its affected them so far," says David Schwartz, the Director of the Center for Gaming Research at the University of Nevada Las Vegas. “There’s been a lot of pent up demand from a lot of the state and a lot of the operators are interested so it’s not surprising it’s happening."

But Schwartz joined other experts in this report by cautioning state leaders to expect a windfall of tax revenue.

“It’s not going to dramatically change things overnight,” he added. “I think they need to look at it and know that it’s probably not going to solve all the budget problems. If they’re doing it for budget reasons they’ll probably be disappointed.”