Horse-drawn carriages in Denver: Should they stay or should they go? Should horse-drawn carriages stay in Denver or leave city streets? 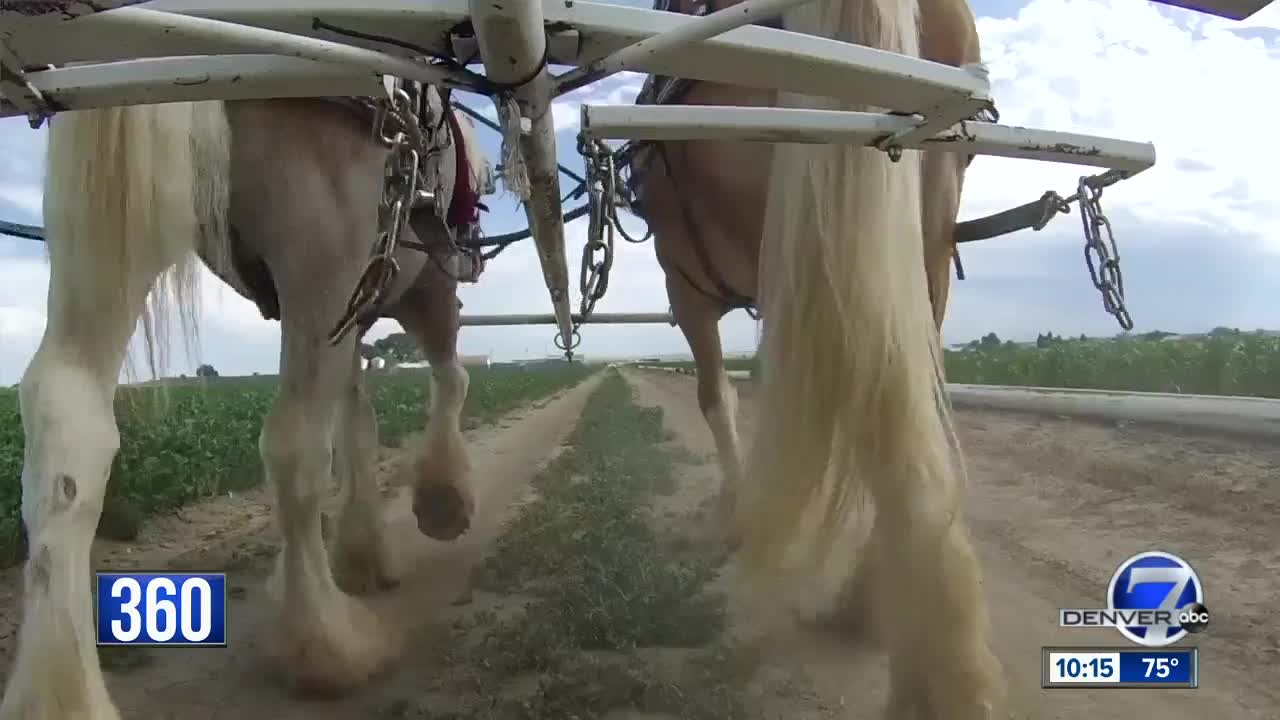 With the addition of electric scooters and rentable bicycles and new light rail lines, getting around the Denver metro area is easier than ever before. However, with so many more ways to get around town, what is the future of horse-drawn carriages in the state?

An old tradition with a bright future

The owner of Shadow Mountain Carriages, Darin Henry, has been around horses his whole life and has been a carriage operator for more than 20 years. He says horse-drawn carriages hold a special place in people’s hearts. Henry’s carriages have been part of countless proms, quincenieras, proposals, weddings, birthday parties, anniversaries and more.

“The city of Denver horse carriages have been around for a long time and they have brought a lot of joy to people,” he said.

His is one of six companies that has permitted by the Downtown Denver Partnership to run carriages along the 16thStreet Mall.

Over the years, Henry says there have been a lot of changes on the streets of Denver, and horse carriage companies have had to learn to change with the times.

“I think we do adapt very well. I don’t think we really like change, but we’re good at it,” Henry said.

One of the changes Mountain Shadow Carriages is making is turning to social media to promote its business. Henry says the people who do use these carriages usually aren’t using them to get around town quickly like they would with a ride share or a rentable scooter. Instead, they’re booking the carriage for the experience.

Despite all the changes in transportation and the new ways to get around town, Henry says business is good and that his carriages are frequently being booked.

“Somebody who was walking down the street who wants to ride a scooter doesn’t necessarily want to ride to carriage and we knew that from the beginning,” he said. “It doesn’t impact us financially.”

He believes there are a lot of misconceptions about these carriages and the horses themselves, alluding to incidents where horses in other states and countries that have either been hurt or hurt someone while out on city streets. However, Henry says there are strict rules in Denver that keep horses and humans safe. The carriages are only allowed to operate during certain hours of the day and in certain areas of the city.

“They work eight hours a week and people don’t understand that they think they’re just standing there being mistreated when in actuality especially draft horses they love people and they love being around people,” Henry said.

When they’re not working, Henry’s horses live on a farm in Windsor, where they have room to roam freely. He believes there is a small minority of people who want the carriages to go and says education would go a long way to easing concerns about the horses.

Getting these horse-drawn carriages off streets across the country has been a long-time goal of the People for the Ethical Treatment of Animals (PETA).

“These horse-drawn carriages are extremely dangerous both for pedestrians, for actual vehicles that are trying to travel the road and for the horses themselves,” said John Di Leonardo, the manager of animals and entertainment campaigns for PETA.

Di Leonardo says horses are skittish creatures that are sensitive to sound.

“Loud noises, car accidents, honks can cause them to run amok and get into accidents and injure pedestrians and themselves,” he said. “There have been accidents in every major city where we have horse drawn carriages.”

PETA has been keeping track of accidents involving horse-drawn carriages for years. The group claims there have already been two horses that have collapsed in New York this year alone.

Beyond the noise, Di Leonardo says the horses’ hooves are not meant to be walking on concrete for long periods of time and that the concrete can get very hot in the summer and very cold in the winter, possibly injuring the animals.

Because there are more ways than ever to get around town or take a tour of the city, PETA believes it’s time for these carriages to go.

“Major tourist cities are either regulating them or banning them entirely,” he said, pointing to New York’s tight regulations.

While New York has enacted strict regulations, other places like Salt Lake City, Palm Beach and Breckenridge have done away with them entirely. Breckenridge’s town council voted in 2017 to do away with horse-drawn carriages on town streets and highways. Pedal buses and pedicabs were also prevented from using the streets by the town council.

The bottom line for PETA is that as streets get more crowded, the horses should go.

Bringing the carriages back

While some cities and towns have decided to do away with the tradition, the town of Telluride passed an ordinance in 2017 to bring them back.

“There’s definitely a romance that horses bring that all of these electric scooters and stuff don’t have. Sure, they are a lot of fun, but the romance of being on a horse or in a horse-drawn wagon going down the town, there’s just something about it,” said Noah Gregory, the owner of Telluride Wranglers.

Gregory and his wife helped bring the carriages back to the town and say the experience has been positive overall, with a lot of people booking rides.

For Gregory, the horses and carriages help connect Colorado to its past in an important way. He doesn’t want people living in or visiting Telluride to forget how instrumental both were to the mountain towns.

“This is how your ancestors crossed the country to access these mountains and access the west,” Gregory said. “When you’re actually experiencing the way that people traveled back when the towns were getting first developed, it adds that historical piece.”

Along with the ride, Gregory’s team also gives people who ride in his carriages a tour of the town, taking them through the history.

PETA had spoken out against the reinstatement of these carriages in Telluride and tried to fight against it. However, Gregory says the people who live there and the town council have been very supportive of his business.

He believes the carriages have a healthy future ahead.

Along the 16th Street Mall, tourists and Coloradans Denver7 spoke with seemed to support the idea of keeping the carriages around. Tina McCormick, who was visiting Denver with her family, said she likes the idea of being able to take a tour of Denver in the carriages and thinks they should stay.

“If you live here, it’s a good night out, and if you don’t and you’re coming into town and you don’t want to do the usual, it’s out of the ordinary and you can do something special,” she said.

While she hasn’t taken a carriage around Denver yet, she says she would like to in the future as a unique way to see the sights of the city.

Meanwhile, for Denver native Perry Giles, the carriages are a nod back to the Old West.

“It kind of goes back to the old-days kind of a feel,” Giles said.

He says the carriages are a good option to see the city for people who can’t use the e-scooters or rentable bicycles. However, he admits there are downsides, like cars getting stuck behind the carriages in traffic or the occasional smell of horse droppings. Overall, though, he likes the idea of the carriages.

Longtime Denver native Ernestine Russel also loves the sight of these carriages in the streets.

“I just love coming down here watching the different people using the carriages, especially like weddings, it was quite an exciting thing to watch,” she said. “I think that they should stay.”

The Downtown Denver Partnership, which issues the permits for the carriages along the 16th Street Mall, declined to comment for the story.

For now, one of Denver’s oldest transportation traditions will continue to operate in the city, alongside the many new options people have to get around town.