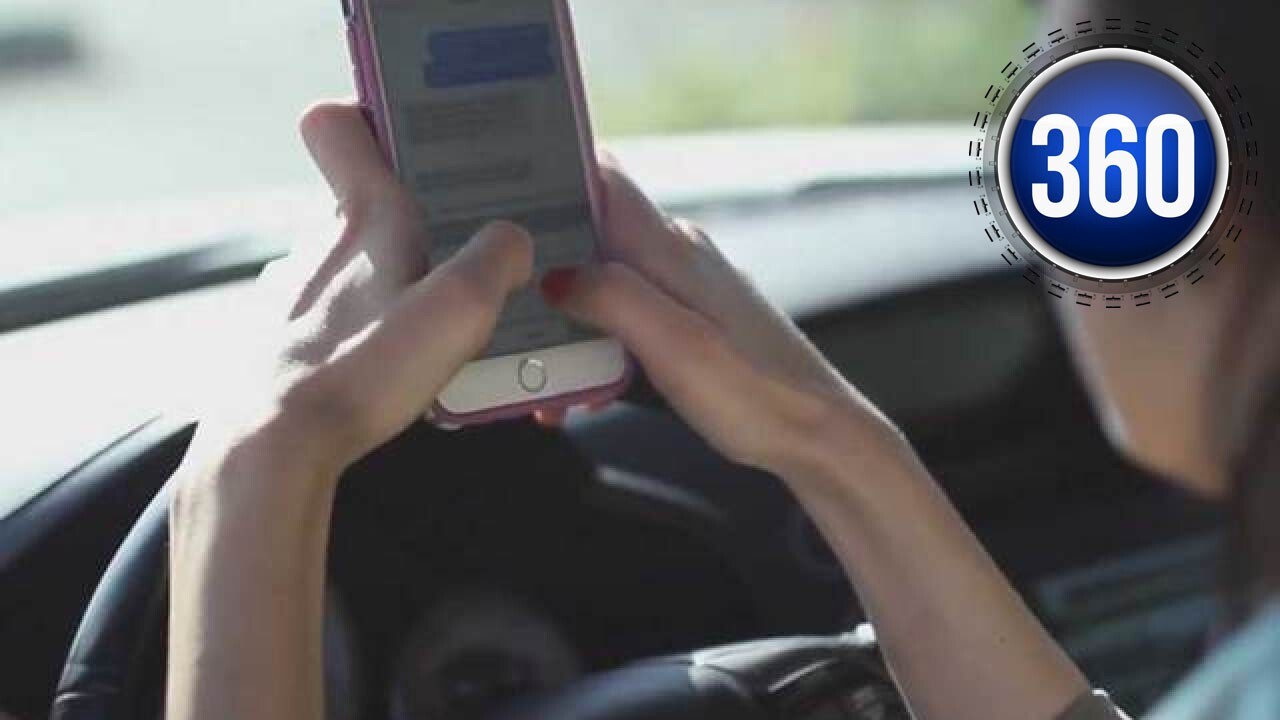 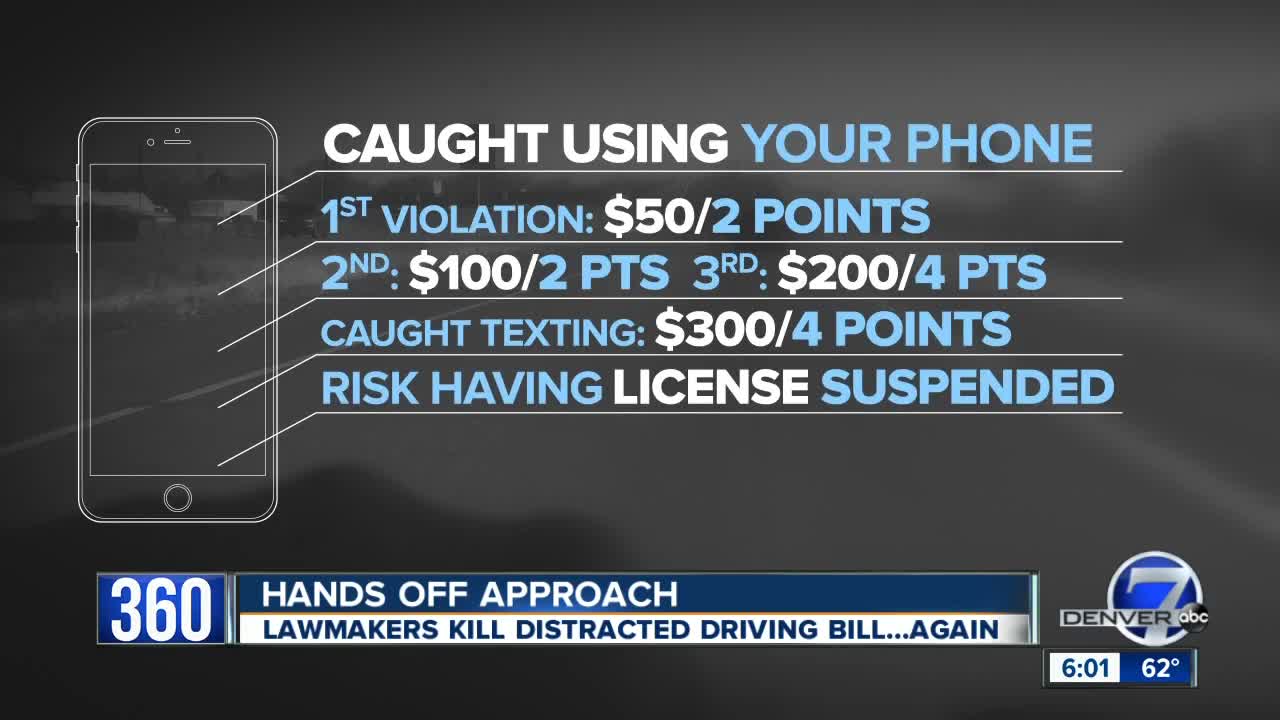 DENVER -- It is universally accepted that it's dangerous to scroll through your phone while driving, and it is also obvious that many of us do it anyway. So why do Colorado lawmakers keep killing a bill that would broaden the punishments for distracted driving?

The answer is more complicated than you might think.

SB19-012 was postponed indefinitely after an 11-0 vote in the House Judiciary Committee Tuesday.

It is already against the law to text and drive in Colorado, and Court's bill would have made it illegal for all drivers to hold their phone while driving. Right now, the law only bans minors. Drivers would have still been legally able to use an earpiece of Bluetooth to talk on the phone.

"The most important thing this bill would do if it became law is send a message: put down the phone!" said Court.

This was her third attempt to get drivers to stop using cars as what she likes to call "mobile phone booths."

Bill sponsor and Denver lawmaker says this is about safety

Despite the House Judiciary Committee voting to kill her bill, Court said she plans to bring the bill back again next session.

"We have people from all over the state who recognize the danger that this is causing and they want this, so I'm not giving up," she said.

Under Court's legislation, those caught using their phone behind the wheel would have faced a $50 fine and a two-point violation on their license. The fines went up for each offense, and capped at $300

"At the end of the day all the studies tell us that banning their use or imposing high fines on their use doesn't stop the use," said Denise Maes, Public Policy Director for the ACLU.

Maes points to studies, including one from CU Boulder, which found no evidence California's ban decreased crashes.

The ACLU also worried the law could lead to racial profiling.

"It becomes the officer's word against an individual, not true when you have a BAC test," Maes explained. "I think we have a lot of pretext reasons for why we pull people over and I do worry that the racial implications are real."

"There are a lot of ways that police can profile, if they want to, and this wouldn't be, I don't think, at the top of the list where it could happen," said Court.

Robye Nothnagel is the victim of a distracted driver.

Nothnagel said a driver on their phone hit her while she was trying to cross the street.

"She never saw me until I hit her windshield, " she said. "I shattered my tibia in eight places and broke my pelvis in four. I remember laying on the ground and screaming and feeling a lot of pain."

Nothnagel is urging everyone to put the phone down. She wanted to see Colorado go hands-free and saw it as a step in the right direction.

"I am so disappointed with the outcome of the hearing," said Nothnagel. "I personally don't understand how the possibility of someone being pulled over for racial profiling could be more important than the loss of the loss of life we're seeing from distracted driving."