Growing number of homeless encampments in Denver alarming to neighbors, schools and families 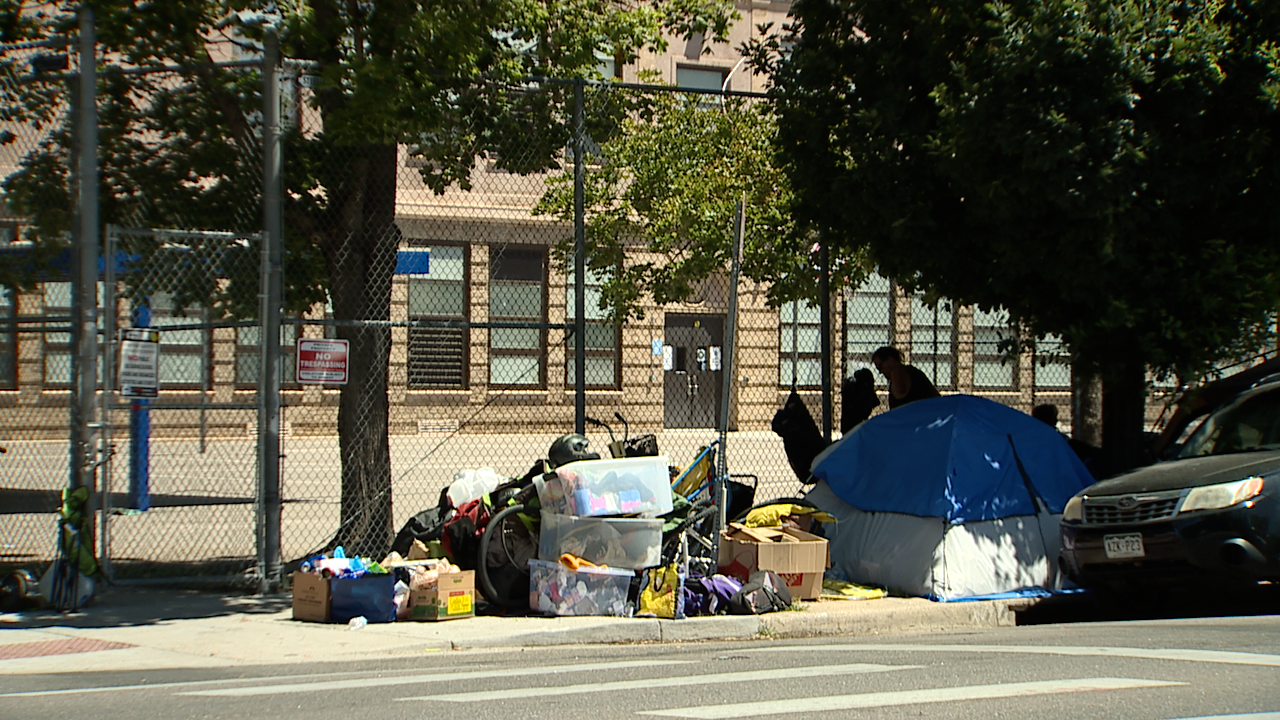 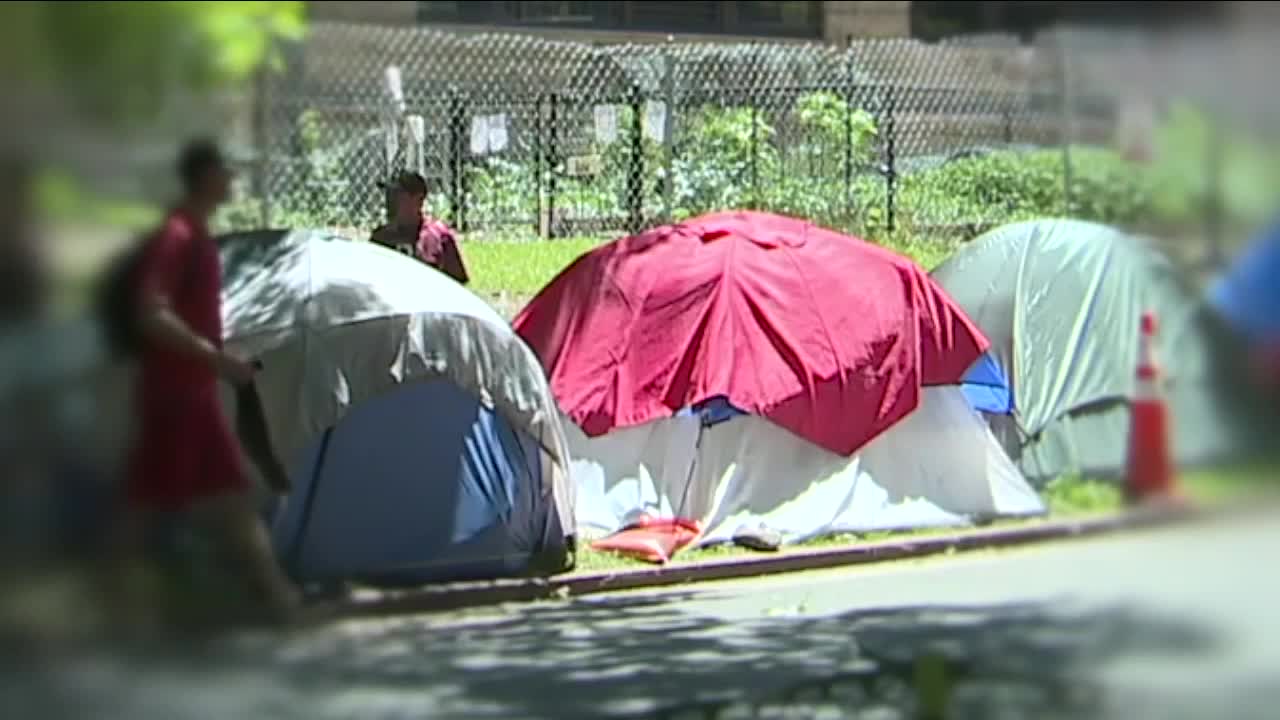 DENVER — It may be a colorful spectacle lining the park directly in front of the State Capitol building, but it’s hardly home sweet home.

“This ain’t no good,” said a homeless woman who asked us only to identify her as L.D. “This ain’t no way to live. It’s cliché to say the struggle is real, but it is.”

“These are people who have no housing,” said Terese Howard, homeless advocate with Denver Homeless Out Loud. “They have nowhere else to go.”

Homeless encampments are growing exponentially in Denver, ‘tent cities’ if you will - exposing an ugly truth in the Mile High City.

A growing chorus of critics say the city has been unable to control the issue during the pandemic, an inability to offer real solutions in a time of crisis.

“We are a city that has been teetering on the edge for a long time,” Giellis said.

“And now we’re seeing an increase of people landing on the streets because of losing a job or losing housing due to COVID,” Howard said.

“The first place to start is recognizing that there’s no place for these people really to go,” Giellis said.

Howard said her organization and others have been begging the city to do more.

“When the mayor or others in the city talk about how we’re building all this affordable housing, that’s a lie,” Howard said. “Because that housing is not affordable to those who are actually homeless.”

The most contentious new encampment generating heated debate is perhaps the one on the grounds of Morey Middle School in Denver’s Capitol Hill neighborhood.

With students set to return to school in just about a month, parents, teachers and neighbors say the city must get a handle on the situation here.

"The act of being homeless may not be illegal, but there's a lot of activity that goes on in that camp like that, that I witness first hand that is illegal,” said a neighbor at a recent Zoom town hall conducted by the city.

While shelters like the Rescue Mission are an option, they are impractical as a long-term solution.

The Denver Rescue Mission’s 700-plus beds at the National Western Complex are a short-term fix where tensions led to a fatal stabbing a few weeks ago. Beds are in close quarters, pets aren’t allowed and even health officials have said shelters are a potential breeding ground for disease where COVID risks are amplified.

“There’s a reason we have codes that say you shouldn’t be gathering in groups of 10 or 20 or whatever,” Howard said.

Meuli said while they take all the necessary precautions like temperature checks at the doors and sanitizing beds regularly, they’ve already experienced one outbreak.

“The time when we see the most people, though, would be in the wintertime,” Meuli said. “And so, frankly, that’s what I’m a little nervous about.”

Those who are homeless, like L.D., say it’s simply safer out on the streets versus a shelter.

But encampments popping up on street corners citywide are hardly the solution. No one is arguing for that. The question is: can the city manage sanctioned camps? It hasn’t been accomplished thus far.

“You can build one tiny home village, or one sanctioned camping site, or one affordable housing unit, and that’s great,” Giellis said. “But you’re not really helping lift people out of this situation.”

Giellis said the city’s disjointed system of shelters and homeless advocacy groups don’t work in conjunction with each other.

“Our system is fractured,” she said. “It’s a fractured system with no single point of entry into it.”

That lack of strategy has plagued Mayor Michael Hancock’s administration.

Recently, several council members and state lawmakers urged Hancock to establish temporary encampments where users can feel safe and secure. In that virtual town hall, the mayor indicated they are working on it.

City organizers are calling managed campsites "safe outdoor spaces,” but no one seems to know where these managed safe spaces would go just yet.

“We’re looking to get that up as soon as we can and then continue rolling out additional sites as funding and sites allow,” a spokesman for the city said.

“You’re only looking at 45-50 people per site,” Hancock said. “That is the sweet spot to maintain good order.”

Howard says the only permanent solution is housing.

“Between 88-90% of the people we surveyed say they want housing,” Howard said. “They’re looking for housing. But they are not able to attain it.”

And at the Rescue, Meuli says nearly 90% of substance abusers who seek help are successful in those programs.

“There were 333 individuals offered housing through social impact bond housing and 332 took it,” Howard said. “Only one person denied it and 89% remain in it.”

Other cities like Las Vegas appear to have more long-term solutions that Denver could model its own after. The City of Las Vegas purchased old hotels to turn into homeless housing, something other U.S. cities are now trying to emulate.

“They bought some old hotels adjacent and they put the highest need people or families in those,” Giellis said. “There’s a structure and a system to it. And it works. That’s not something we have to throw tens of millions at.”

L.D. said she would certainly take advantage of something like that.

“I see apartment buildings boarded up,” she said. “Well, un-board them. Renovate them. Let us help renovate them. I don’t want you to feel sorry for me. Offer me a job.”

“These kinds of things are happening every day to the unhoused population,” said homeless advocate and Black Lives Matter organizer Trey Quinn. “To the poor black and Hispanic communities.”

Quinn is leading the charge on a new, activist encampment on the lawn outside the Colorado Governor’s mansion.

Although Quinn’s encampment is part of BLM, he and others see it directly affiliated with the homeless.

“12% of the U.S. population is black,” Howard said. “Yet 40% of the homeless in the U.S. are black. These sorts of disproportionate representations of people of color in the homeless population are exemplative of the deep racism that is behind homelessness and our housing crisis.”

Now, Denver City Councilwoman Robin Kniech is asking for a ballot measure this November that would raise Denver’s sales tax by 2.5 cents for every $10 spent to pay for more homeless services.

It’s a move that has many shaking their heads.

“Because there’s no clear message about how that money will be spent,” Howard said.

“We’re being asked to write yet another blank check without a clear understanding of how we get to a solution,” Giellis said.

Meanwhile, the tents keep popping up.

“I think it says we’re a city that really doesn’t care,” Giellis said.