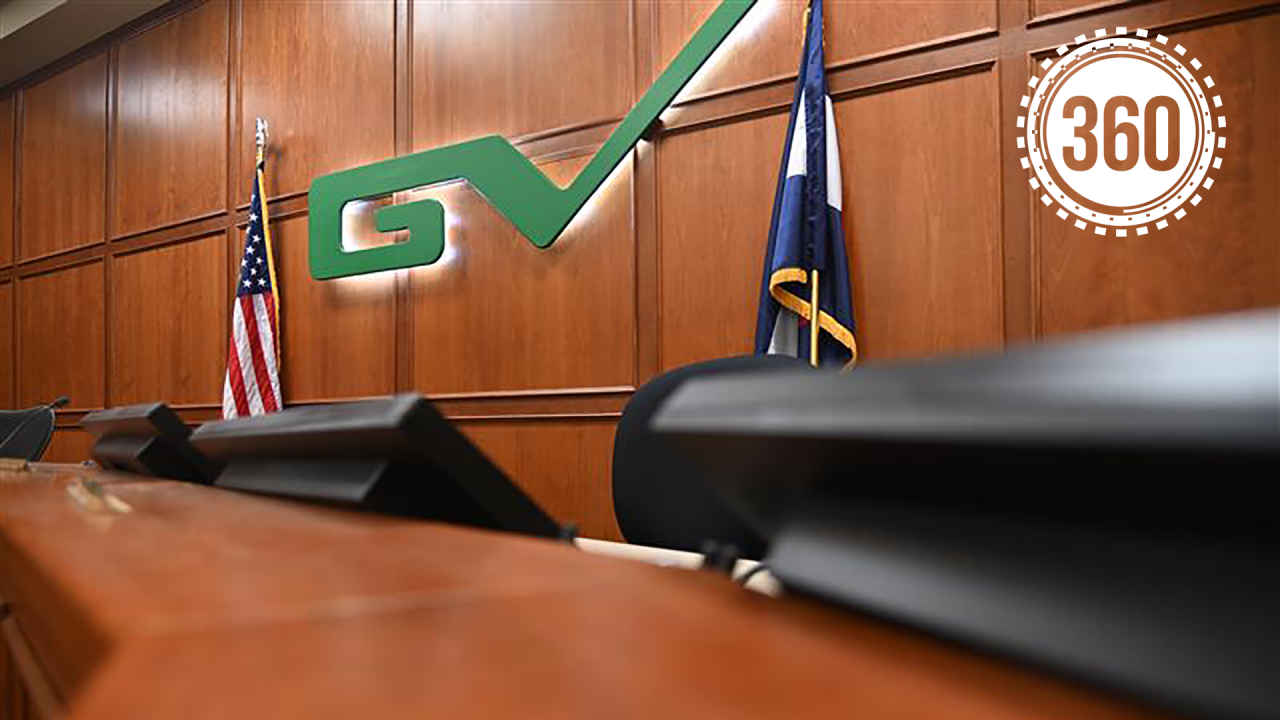 Copyright 2020 Scripps Media, Inc. All rights reserved. This material may not be published, broadcast, rewritten, or redistributed.
Denver7
State leaders have said they can’t let what Greenwood Village did stand, but the city councilmembers behind the resolution say they are willing to take the heat to protect their police. 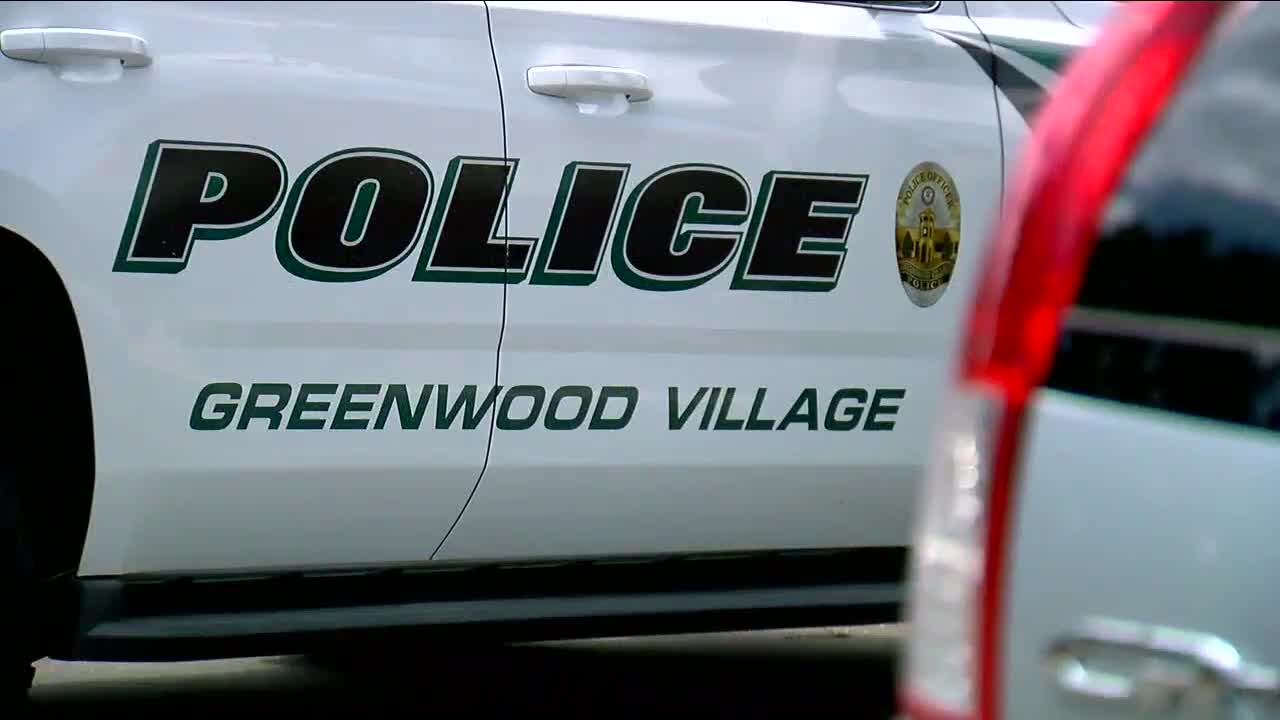 GREENWOOD VILLAGE, Colo. — State leaders have said they can’t let what Greenwood Village did stand, but the city councilmembers behind the resolution say they are willing to take the heat to protect their police.

At issue is a controversial resolution Greenwood Village city councilmembers passed unanimously in July to shield its officers from a crucial part of Colorado’s new police accountability law.

“This resolution is illegal,” protestors said outside city hall the day after the resolution was passed.

“We made a choice. We made a choice on community safety,” said Mayor Pro Tem Dave Kerber, who introduced the resolution. “What it does is tell them they’re not alone.”

The state’s new police reform law, known as Senate Bill 20-217, makes it easier to sue police and says officers who act in “bad faith” could owe up to $25,000 of their own money in civil settlements. Until now, their city would pay the whole cost.

Greenwood Village said that portion of the law was having a big impact on its police force and hiring and retaining officers. In response, officials decided to pass the resolution, which states it would defend and protect police officers in any suit brought under the new law. It would also pay for or reimburse all court fees, judgements, fines and amounts paid in settlement.

“One of our real items that we need to be considerate of is making sure we retain and are able to recruit the officers we want, and we need,” Mayor George Lantz said during the council meeting on July 6.

The council’s decision has been met with backlash as protestors held up signs and voiced their concerns outside City Hall a day after it passed.

“We want our cops to be held accountable,” one of the protestors said.

City leaders say it was about showing support for officers

City leaders said they were getting ready to lose 10% of the city’s police force, which is why they passed the resolution.

“One of our people had quit, senior person, and six people were getting ready to quit,” Kerber explained.

Kerber said the resolution was about showing officers they had their back, not shielding them from all accountability.

“I can understand why people would say, ‘Oh, this is you’re telling people that they can violate the law.’ No, we’re not. We’re just not,” he said.

Kerber stressed the city will still discipline and even fire officers who violate policy for bad behavior and said nothing in the resolution prevents an officer from facing criminal charges.

What the city’s resolution does say is the city will protect its officers from ever having to personally pay that up-to-$25,000 in settlement money if their employer finds they acted in “bad faith.”

However, lawmakers who helped draft and pass the new police reform law view Greenwood Village’s resolution as saying the city will never find its officers acted in bad faith, and therefore will never be responsible for the up to $25,000 if there is a settlement.

“To say that they will stand by their officers even when they act in bad faith is not only bad policy, but it’s dangerous and I hope that they reverse their decision,” she said.

Kerber said the city has no plans to reverse their decision.

“Council has come back informally and said I wouldn’t change it, we did the right thing,” he said.

Colorado Attorney General Phil Weiser said in a statement: “If local governments pass resolutions to place a blanket shield for their law enforcement officers, regardless of whether they act in bad faith, they are going against the spirit of SB 20-217 and its goal of accountability for wrongful conduct.”

“Bipartisan police reform is the law in Colorado,” Polis said. “We all function under the laws of Colorado, including the changes to civil liability.”

“Any loophole that anyone finds will be closed,” she said.

When asked about the city’s argument that the resolution was about keeping its officers from leaving Herod said, “those who are saying that officers are retiring or leaving because they don’t want to be held accountable, they should go, they should no longer be law enforcement officers in Colorado.”

She, along with other lawmakers and top Colorado musicians, hosted a march and play-in at Greenwood Village City Hall on Monday evening to protest the law. Nathaniel Rateliff and the Lumineers are among the Colorado musicians who have said they will not play Fiddler’s Green until the ordinance is rescinded.

"Sometimes hitting people in their wallet makes them realize that you mean business," said Wesley Schultz, the guitarist and lead vocalist for The Lumineers during the play-in.

James Laurie, whose stage name is Jonny 5 as part of the Denver-based alternative hip-hop band Flobots, said Monday's protest was about accountability.

“We are here to just actually support voices in Greenwood Village that are saying, 'this doesn’t represent us, we want to see true accountability in line with the rest of the state.'”

La Plata County Sheriff Sean Smith said the liability factor or part of the new state law is chasing good officers away or worry they will become political scapegoats even if they are doing what is considered the “right thing” under policy.

“I personally lost a SWAT team commander because he’s worried about the liability,” Smith said. “They are worried about what this means to them as an individual even when they’re doing things right. We’ve seen that there can be a perception in the community that it’s not right.”

Smith said he doesn’t support a blanket policy or resolution shielding officers from it in his community.

“But we want to make sure that we do support good officers and that they feel like as long as they’re doing their job the right way that they are protected,” he said.

Mari Newman, the attorney representing the family of Elijah McClain, a young black man who died in Aurora police custody, said the liability piece of the law is about holding officers accountable for the most heinous acts.

“No matter how horrifying the crime they commit; Greenwood Village will pay their freight no matter what,” she said. “It is incredibly disheartening for families like the McClains, the Baileys and others, who get to hear on the one hand that the state stands up and finally creates new laws for integrity and accountable in police but then to have a municipality say we’re not going to follow state law.”

University of Denver Associate Professor of Law Ian Farrell is an expert on the limits of police power and questioned why Greenwood Village needs this resolution in the first place.

“I think I understand why they made that decision, but secondly, I think it’s a terrible decision,” Ferrell said. “If they have confidence in their police officers, they don’t need the resolution.”

He believes Greenwood Village found a loophole that lawmakers will need to close, as Weiser has also said.

“The simplest fix would be to put the burden of proof on the police officer to show that they acted in good faith,” Farrell said.