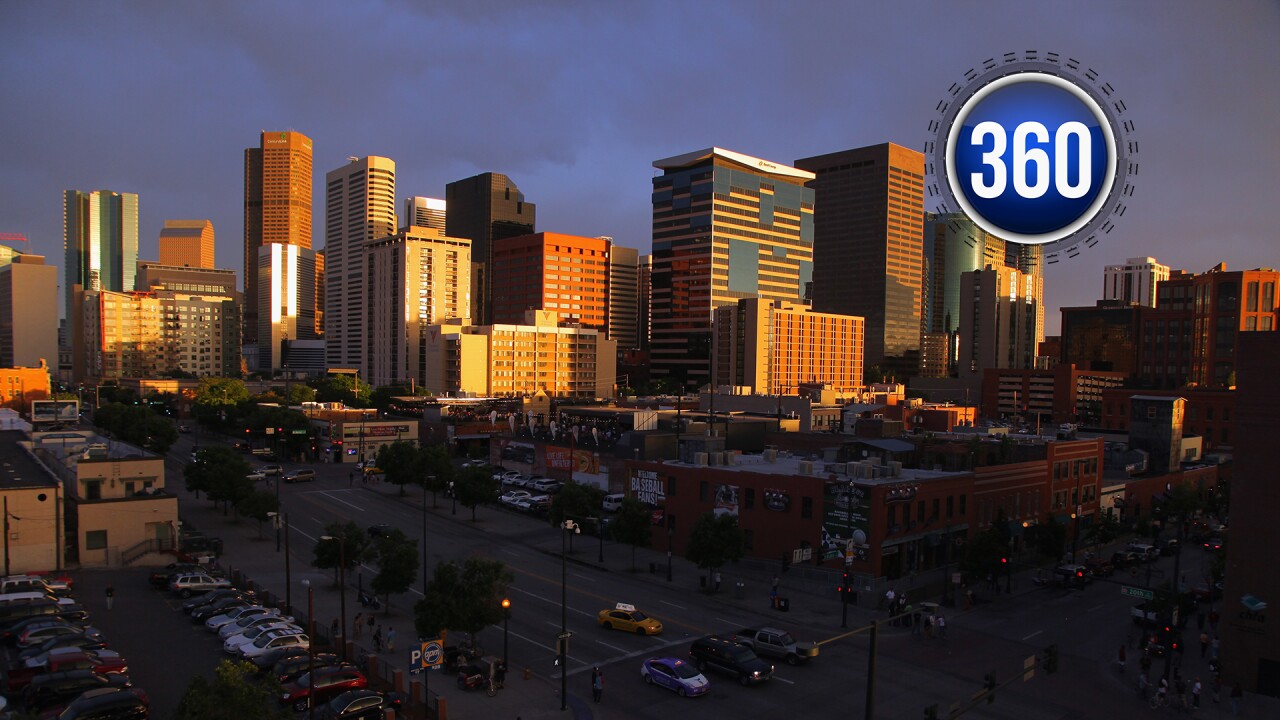 Copyright Getty Images. All Rights Reserved.
Getty Images
As if trying to buy a home in this market weren&#39;t already tough enough, foreign investors are making the dream of homeownership in metro Denver even tougher. 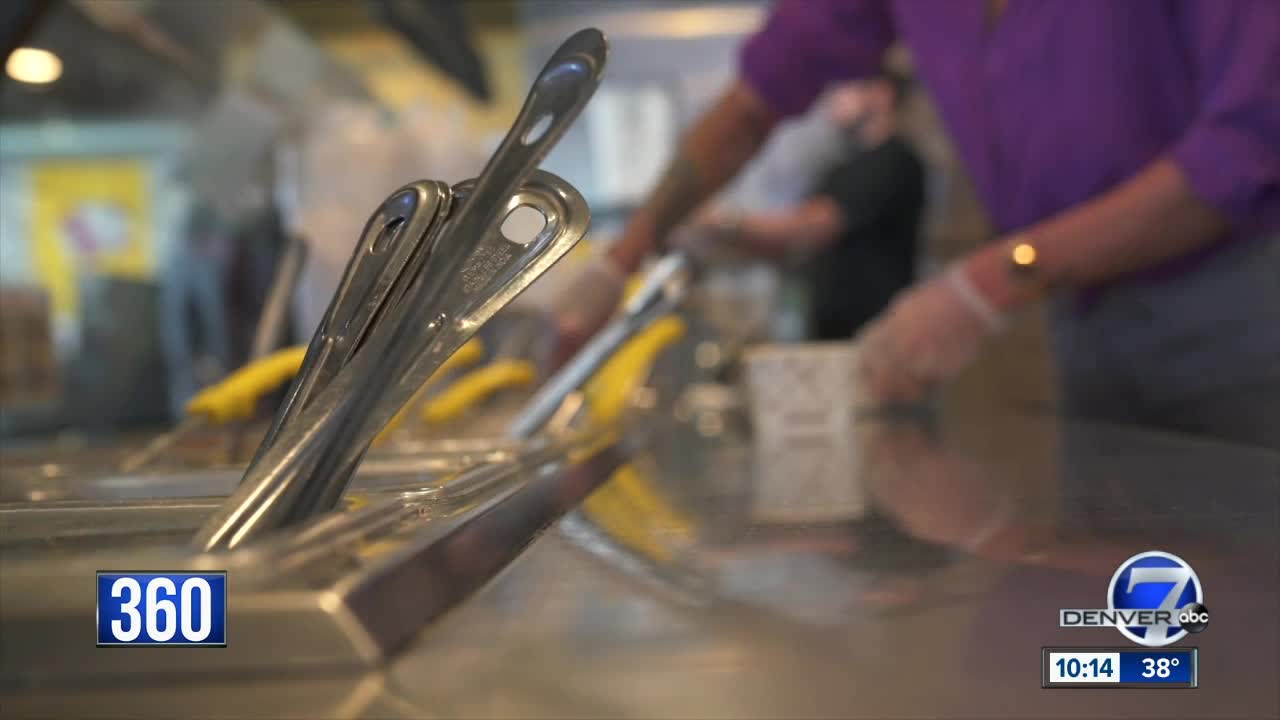 Editor's Note: Denver7 360 stories explore multiple sides of the topics that matter most to Coloradans, bringing in different perspectives so you can make up your own mind about the issues. To comment on this or other 360 stories, email us at 360@TheDenverChannel.com. This story will air on Denver7 News at 10 p.m. on Monday. See more 360 stories here.

DENVER — Colorado lawmakers passed a law last spring that gave cities and counties, for the first time, the power to set their own minimum wage.

Denver is the first city to propose a hike under the new law, and Mayor Michael Hancock and Councilwoman Robin Kniech on Monday submitted their final proposal to the city council.

The final proposal contains changes to the initial proposal rolled out in September – mainly, it draws out the increase to above $15 an hour another year and adds a third-party complaint and audit process.

Hancock and Kniech said Monday that the changes came after five town hall meetings, open houses and meetings with other stakeholders – which included chambers of commerce, businesses of various sizes, labor unions, tipped workers and others – over the past six weeks.

“Our residents were clear, too many of you are working hard but still unable to make ends meet, and a wage increase is urgent – we heard you, and will proceed in 2020,” Kniech said in a statement. “We also heard that a smaller first step and spreading the proposal out over an additional year would help our small, locally owned businesses better prepare and adapt to higher wages – we heard you too and will be making these adjustments.”

Like much of the country, Denver offers what's known as a tipped wage, which allows servers and bartenders to make a lower hourly base pay and then lets them make up the rest, and more, in tips. But unlike the rest of the country, Colorado's constitution dictates how much less they can be paid, which is $3.02 below the state minimum.

Osaka Ramen owner says it could lead to restaurants closing

Survival is the name of the game in the restaurant industry, a game Jeff Osaka knows well. He owns seven restaurants across the state.

"We have to survive as a business, and this really threatens that," he said.

Osaka worries the minimum wage hike Denver is considering could force him to rethink his model or close one of his restaurants.

"Potentially closing a restaurant or two," said Osaka. "It's people's livelihoods that they're playing with and it scares me a lot."

Osaka said most of his back-of-house staff — cooks and dishwashers — already make more than $15 an hour. It's his servers who stand to benefit most from the hike.

"I'm a back-of-the-house person at heart. So, we put in the long hours and we've always made less than the front of the house, and I think it's just going to get worse," he said. "Our tipped employees, I mean, we have people making $25, $30, $35 an hour already."

But the issue is a state constitutional issue that Denver's minimum wage increase can't address. It's a hike across the board for all employees.

Illegal Pete's owner says 'I philosophically believe in it'

Pete Turner runs Denver's fast-casual staple, Illegal Pete's. He made a name for himself when he raised the minimum wage for employees from $9 an hour to $15 an hour.

"Let's try to place ourselves as the gold standard in our industry," said Turner. "Basically, gives them the ability to work one job and plan for the future."

Turner said the most recent increase cost him around $2 million.

"The biggest challenge is an immediate hit to your expense," he said.

Turner sees it as an investment and said there are other benefits too. Happy employees treat customers better and they stay longer, he said.

Illegal Pete's employee says now she can support her family

For Illegal Pete's employee Katelynn Hudson, the extra money means she can finally support herself and her 2-year-old son.

"I was not able to afford food for myself. I could not pay rent," she said. "This is the first time in my life that I have seen stability."

Measure’s sponsor says it's time for wages to keep up

"If we can't help residents catch up and keep up, then the wealth in our city isn't doing what it's supposed to do," she said.

Kniech said the proposal is about helping those struggling to live in a growing city where wages aren't keeping up.

"Seventy-four thousand people who live and work in Denver who would get a raise on January 1," Kniech said.

As far as the doom and gloom the restaurant industry is serving up, Kniech isn't backing down.

Kniech said she wants businesses to thrive, but no longer at the expense of Denver's lowest-paid employees.

"It is important and difficult to find out how to adapt, but this is about businesses adapting so that families can survive," she said.

“We don’t believe any municipality can legally raise the minimum wage above the State minimum wage until January 1, 2021 – and Denver is proposing to do so January 1, 2020. We’re also concerned that any increase in 2020 makes it much more difficult to fix the tip credit in the State Legislature. Without fixing the tip credit, this proposal will substantially worsen the disparity in earnings between the front and back of the house. Most back of house employees in the city of Denver make more than the proposed minimum wage, but less than front of house workers, who make the tipped minimum wage plus tips, which shakes out to between $20 and $40 an hour, on average,” she said in a statement.

“This proposal still requires full service restaurants to give their highest earners – those front of house staffers -- more than a 50% increase in their hourly wage by January 1, 2022,” Riggs added. “This hamstrings restaurateurs in their ability to divert more resources to the kitchen staff, where there's already a labor shortage. Without a fix to the tip credit, this proposal actually hurts the restaurant industry employees it's trying to help.”

Associate Professor Jennifer Greenfield studies the impacts of social policies at the University of Denver.

She agrees with Riggs’s concerns about how quickly Denver is moving.

"Businesses need the opportunity to figure out their budgets and how they're going to accommodate the higher labor costs," said Greenfield.

Overall though, she thinks Denver's proposed minimum wage increase will have a positive impact on working families.

"Having that increase to $15 an hour gets them closer to a living wage. Not all the way, but it's closer," she said.

Greenfield also points to cities like Seattle and Chicago, which have raised wages and seen an economic boost.

"One of the reasons is that there ends up being lots of folks who have more money in their pockets to be able to go out to eat, to be able to buy more at the grocery store," she said.

"I struggle to stay above water financially myself," said Erika Rider the owner of Hope Tank, a local business on South Broadway.

Rider takes the argument a step further and pointed out what she thinks consumers need to do if they want to raise wages.

"I think you can't shop Amazon all the time and want the minimum wage raised," she said.

The proposal also contains a complaint process for workers and third-parties, a process for the auditor to investigate complaints and penalties for businesses that do not abide.

The proposal will be heard and discussed at Tuesday’s Finance and Governance Committee meeting, then is scheduled for public comment and a vote at the same committee on Nov. 12. Should it pass, the measure would have its first reading in front of the full council on Nov. 18 and its second reading and hour of public comment on Nov. 25.