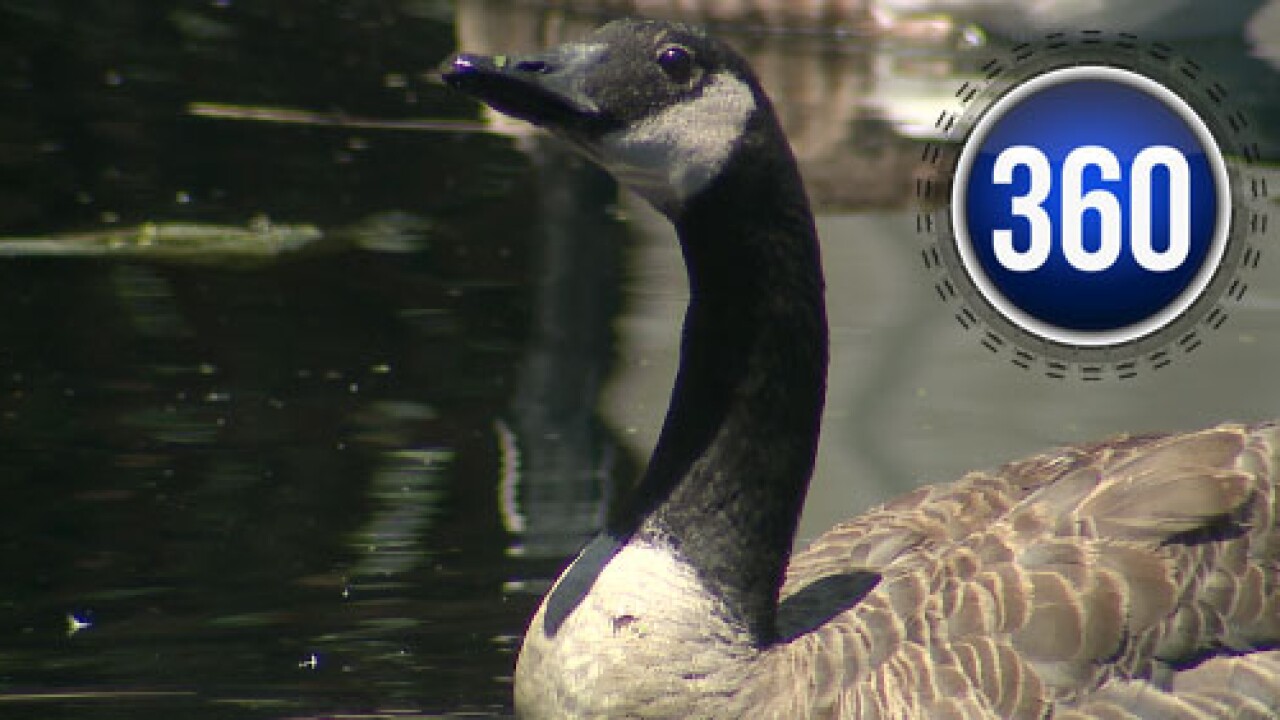 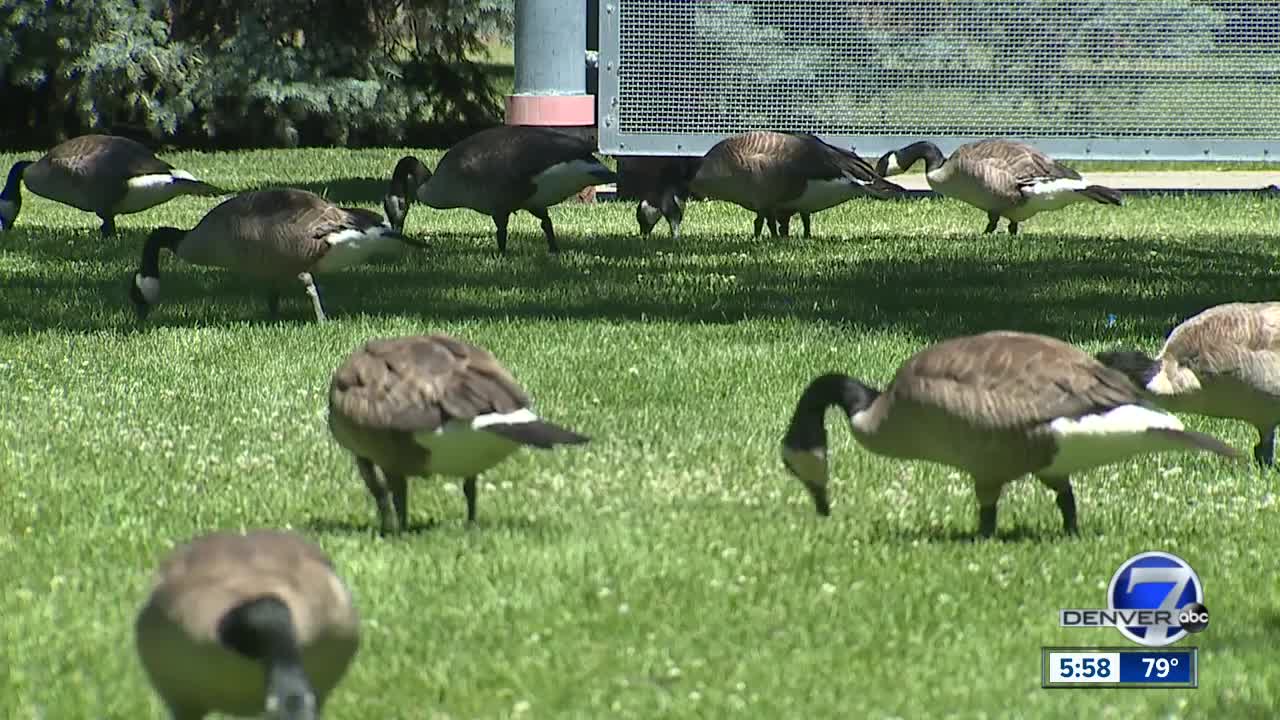 DENVER -- Denver Parks and Recreation has announced this it has partnered with the U.S. Department of Agriculture to euthanize geese humanely and then donate the meat to needy families.

It’s a move that has caused controversy with some people saying this is a good way to control the goose population and others saying this is not the right solution.

Denver Parks and Recreation has been working on goose management tactics for years, however the population of resident geese that live full-time in Denver and do not migrate is increasing.

The deputy executive director of Denver Parks and Rec., Scott Gilmore, says there are now 5,000 resident geese in the city and county of Denver.

An average Canada goose leaves behind about one pound of droppings every day.

All of those droppings are having an effect on the lakes and waterways in the area.

“It really raises the nutrient level of our lakes. It makes the algae blooms worse. It actually aggravates the E. Coli,” Gilmore said.

The city has tried numerous techniques over the years to control the goose population: from spraying corn oil on the eggs so they can’t hatch, to using a Goosinator. The city has tried scare tactics and other hazing methods but none of them seem to reduce the population.

“It got to the point that the parks are almost unenjoyable for people,” Gilmore said.

In the past, the city even rounded up the geese and relocated them to other states, like Nebraska. But those states are no longer accepting the animals.

The collection has been going on for a little more than two weeks and Gilmore said they had to call in the U.S. Department of Agriculture to help because Canadian geese are federally protected.

As for the meat, Gilmore says he believes it is safe for humans to eat.

“They are at the U.S.D.A., they’re going to make sure that these birds are fine for consumption,” he said.

For now, Gilmore, who is a biologist by nature, is trying to see the positive aspects of getting rid of some geese.

Some Denver parks visitors believe the idea of euthanizing the geese and donating their meat is a good idea.

Barbara Jackson, who was walking around City Park Tuesday, says she supports the idea so long as the program doesn’t kill too many geese.

“I think that’s fine but I think it needs to be made sure that it’s in proportion to the problem,” Jackson said, “They need to keep the population reasonable.”

Meanwhile, Mark Chandler sees the birds as more of a nuisance than anything, but knows that the population is growing and believes they need to be controlled.

He says he can see both sides of the argument and understands why some people might find the idea appalling. He also supports the program so long as the animals are being killed humanely.

“These are animals that are sort of unchecked because they don’t have any predators here,” Chandler said. “It seems to me like maybe a reasonable alternative.”

He also wants to make sure that the meat really is being given to those in need.

Other people are outraged that this is happening in Denver. Online, the outrage is palpable with people saying the practice should be banned, particularly because geese cannot fly during this time of year.

Others just want something to happen to control the population but they don’t believe killing geese is the right answer.

“Can’t they just put them in their own little cage or something?” asked Rita Romero.

Romero says she would never feed her family the meat from these geese and she doesn’t think others would either.

Meanwhile, Jerry Golding wondered what kinds of safety measures are being put in place to protect the people eating the food.

“Geese are a bit of a nuisance but like I was saying, euthanizing them and feeding them to homeless people seems kind of intense,” Golding said.

Across the country, numerous other cities and states have already implemented this program and say it’s helping control the goose population.

New York started killing birds of all kinds in 2009 after a flock of geese were sucked into an airplane’s engine, causing it to crash in ‘The Miracle on the Hudson.’

Since then, birds are largely mitigated around airports in the state. An Associated Press report from 2017 shows that more than 70,000 birds have been killed since the 2009 crash.

Montgomery Parks in Maryland is another area where the geese are killed and the meat is donated.

“Goose removal projects are only used as a last resort when it comes to our goose management tactics. We have done things like harassment and exclusion and egg boiling and have not realized results that are acceptable enough for the impacts associated with those geese,” said Ryan Butler, Montgomery Parks’ natural resource specialist, in a recorded statement.

The department says the program has been an effective way to control the population.

Denver Parks doesn’t know at this point how many geese are being euthanized.

It will receive a report at the end of the year from the USDA about the number of geese that were ultimately euthanized.

Denver7 reached out to the USDA to find out more about where the meat is going and the safety measures being put in place to ensure that the meat was safe but has received no response.

As for hunting Canadian geese, that’s still illegal within city limits. So, it will be up to the USDA to determine how many geese to kill to effectively control the population and where to send the meat.