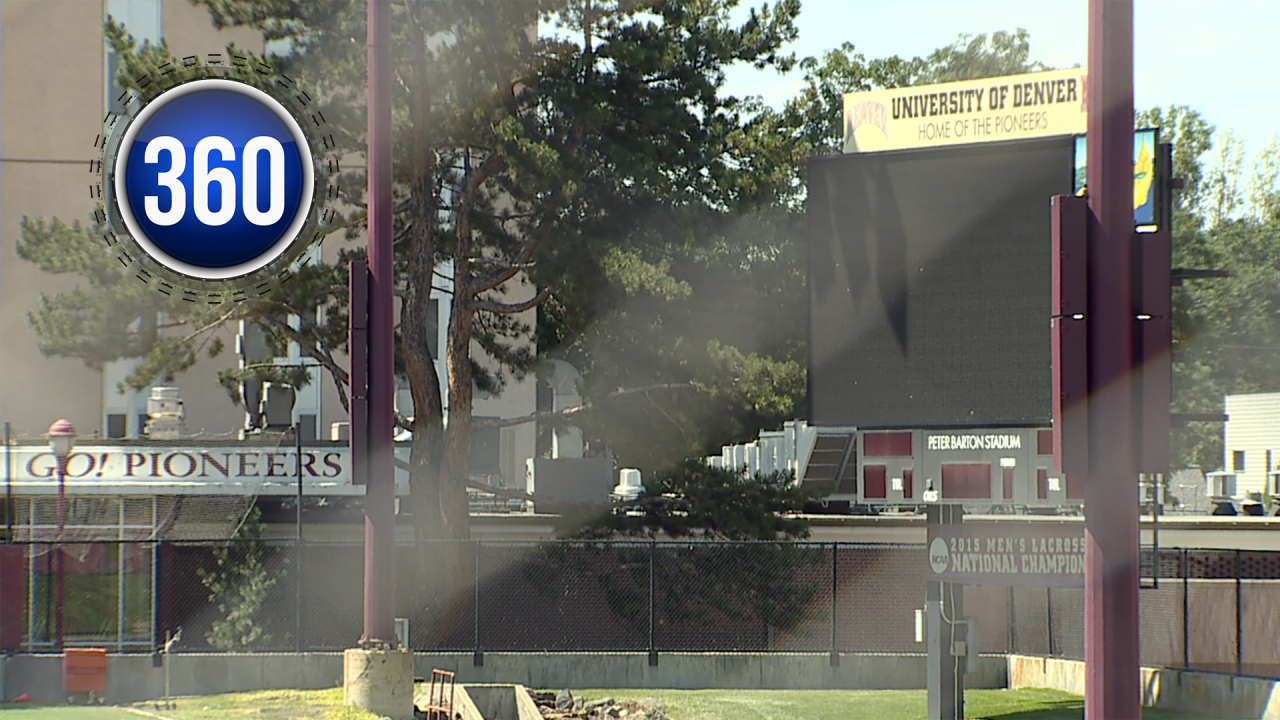 Copyright 2019 Scripps Media, Inc. All rights reserved. This material may not be published, broadcast, rewritten, or redistributed.
Denver7
On college campuses, in the big leagues and at public high schools, offensive mascots have been making headlines for decades. But now, The University of Denver finds itself embroiled in this debate, as some feel the &quot;Pioneers&quot; nickname must go. 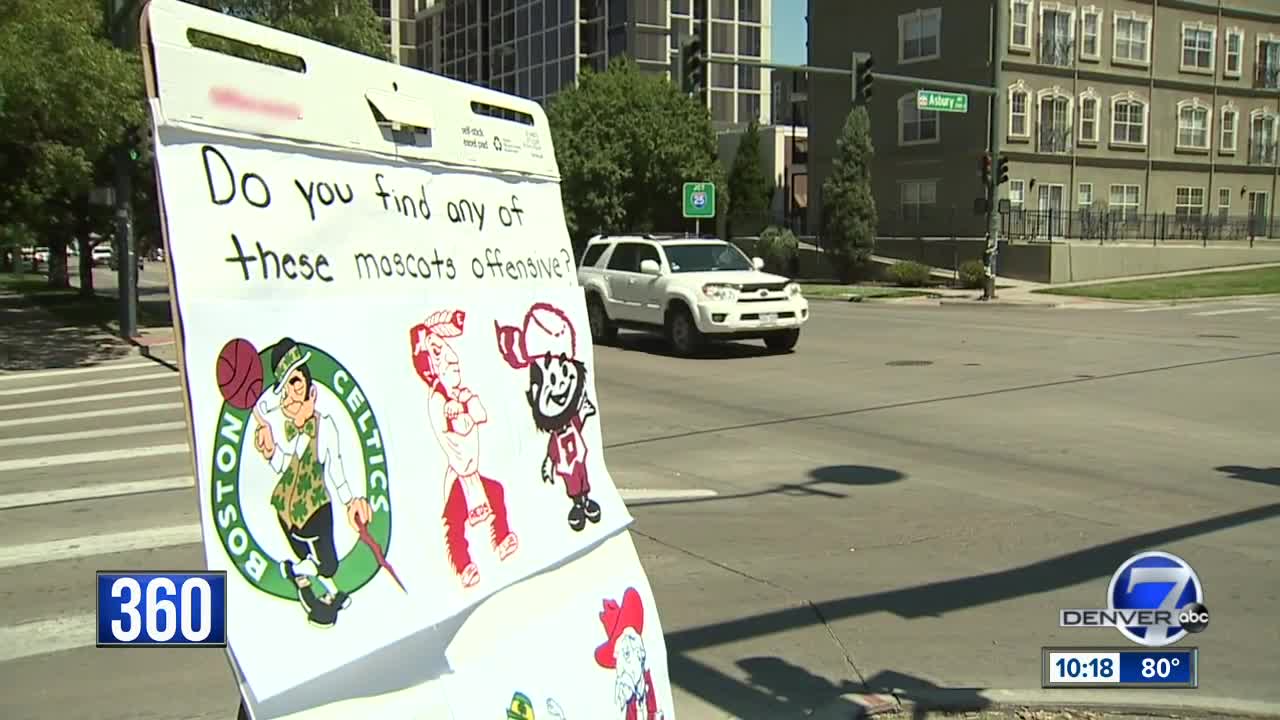 Editor's Note: Denver7 360 stories explore multiple sides of the topics that matter most to Coloradans, bringing in different perspectives so you can make up your own mind about the issues. To comment on this or other 360 stories, email us at 360@TheDenverChannel.com. This story airs on Denver7 News at 10 p.m. on Monday. See more 360 stories here.

DENVER -- On college campuses, in the big leagues and at public high schools, offensive mascots have been making headlines for decades. Now, The University of Denver finds itself embroiled in this debate, as some feel the "Pioneers" nickname must go.

“We feel that the link between alumni and the university is at risk,” said DU alum Nick Tremaroli.

“It’s not about blaming anybody for the past,” said Ernest House, Jr., who is Native American. “It’s about the context in which 'Pioneer' is used.”

We’re going 360, starting with you, by looking at a variety of controversial mascots and nicknames, including the DU Pioneers, the Cleveland Indians, the University of Notre Dame Fighting Irish, The Ole Miss Rebels and others.

“Do I find any of these mascots offensive?” said DU student Chris Demaris. “I definitely understand the argument.”

“In certain ways, I find them all offensive,” said Madelyn Cohen, who teaches at DU. “They’re caricatures. Obviously, some of them are very culturally insensitive.”

Others don’t see much wrong with them.

“I’m not so keen on cultural appropriation,” said DU student Cole Ewell. “I don’t really find any of them offensive.”

While DU has phased out its mascot, "Boone," the Pioneers nickname remains, even though its future is unclear.

House believes the pioneer represents a dark chapter in settling the American West, including the University of Denver.

“Who was it founded by?” House said. “Territorial governor John Evans, who was clearly culpable of being involved in the Sand Creek Massacre – one of the deadliest, if not most-horrific, massacres the United States has seen.”

House is the director of the Keystone Policy Center and believes celebrating pioneers is insensitive.

“We’re talking about federal policies that were created, the Homestead Act, to forcibly remove Native Americans off of our land,” House said.

There are certainly those of who agree.

In a statement to Denver7, the University of Denver said that it’s "a very important and complex issue for us and we’re not taking the concerns of our community lightly."

While DU "has not implemented any policy or practice to eliminate the Pioneer nickname," a spokesperson said, it has "made some changes to a couple of events."

And that’s concerning to alumni groups like Let’s Go DU. The group says it has concerns, in particular, about changes made behind closed doors to the Pioneer Spirit Awards and the Pioneer Passage event. Tremaroli said both were recently stripped of the Pioneer name by administrators.

“If you want to change the name from Pioneers to something else, be open and honest about it,” said Tremaroli, the managing editor of the Let’s Go DU blog. “Allow those of us who want to keep the Pioneer name, allow us to talk about it.”

“We have a great passion for DU,” he said. “We all had great experiences at DU. And we’re concerned by what we believe to be a vocal minority on campus.”

Tremaroli says administrators are making all the decisions, not the alumni.

“Let’s not forget the word 'pioneer' is a verb,” he said. “It’s the first to be somewhere – to do something.”

That brings us to Darius Smith, director of the Denver Anti-Discrimination Office. Smith says he understands the school spirit behind nicknames and mascots.

“That strong commitment to the institution because of the sports programs,” Smith said.

DU has 33 NCAA team national championships, most in ice hockey and skiing. That’s more than any other university in Colorado, including CU Boulder.

But Smith says phasing out offensive imagery and names can be a good thing. Just look at schools like Stanford, Syracuse and the University of Illinois, he says.

“When these schools made the transition, funding increased in terms of alumni support,” Smith said.

And that brings us back to campus.

“This debate is OK, as long as everybody is open to other people’s ideas,” Cohen said.

“There should be a way to find some kind of middle ground,” said DU student Chris Sonnenschein. “Especially when it comes to not offending a big group of people and still keeping some type of school spirit.”