Doe euthanized after attacking 85-year-old woman, and not all are happy with the decision 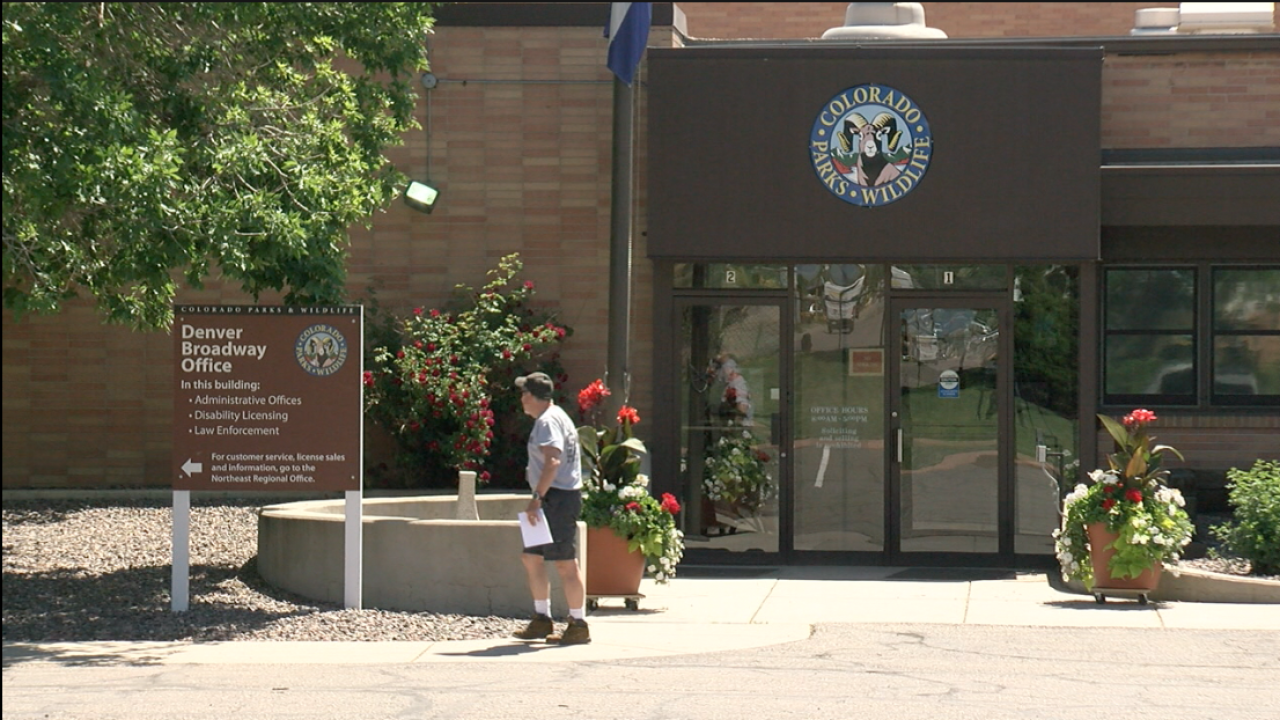 Colorado Parks and Wildlife is defending a decision to euthanize a doe that attacked an elderly woman. 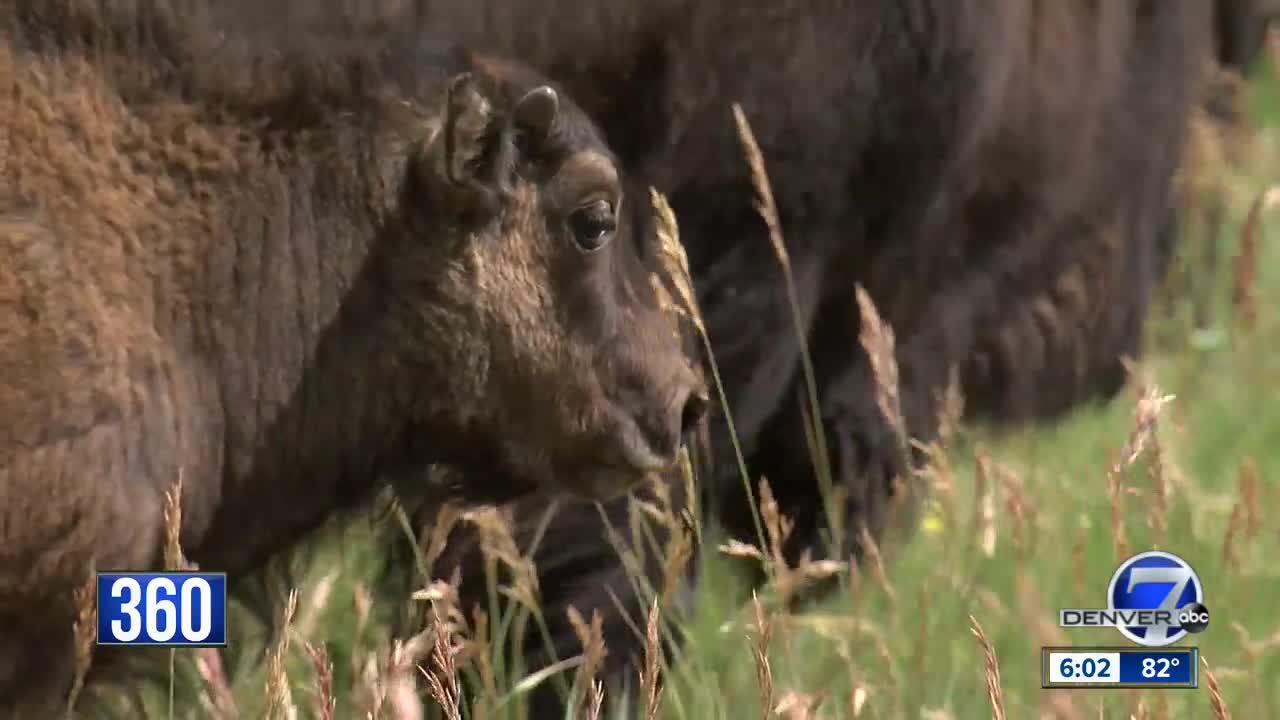 An 85-year-old woman is recovering in a hospital from injuries she sustained after being attacked by a deer in Craig.

Colorado Parks and Wildlife officials said the doe had two fawns with her and was in the city’s limits yesterday afternoon when the woman was walking her dog. The dog startled the doe, and it attacked the woman.

CPW determined that the doe had expressed unusually aggressive behavior and decided to euthanize the deer. The fawns were taken to a rehabilitation facility.

The decision to euthanize the deer has caused some people to be outraged and others to question whether that was the right move.

For Colorado Parks and Wildlife spokesman Jason Clay, this was an unfortunate incident.

“It’s the darkest days of any one of our wildlife officers that they have on the job is when they have to put down an animal,” Clay said. “They don’t enjoy that aspect at all.”

A lot goes into CPW’s decision to euthanize any animal, including the animal’s history, their behavior, the severity of an incident and where it happened among other things.

“We have a very strong responsibility to keep the public safe and that’s our primary goal,” Clay said. “It’s a tough balancing act sometimes.”

There are certain times when wildlife is more prone to acting aggressively, like breeding or birthing season. Right now, many animals are starting to have their babies and tend to be very protective.

“The big thing to remember is that wildlife are just that, they’re wild, they’re unpredictable. Their appearances can be deceiving,” Clay said.

There are instances where there are wildlife attacks that don’t result in euthanasia, like a moose attack in Nederland recently. In that instance, the human was encroaching on the moose’s territory and CPW determined that the moose was just protecting its calf and displaying normal behavior, so it wasn’t put down.

In the doe’s case, CPW’s northwest region spokesman Mike Porras says deer typically are afraid of people are try to run. However, this doe was not afraid of people and actually attacked the woman. Beyond that, it was also not in its natural habitat and was in the city when the attack happened. A press release by CPW described the doe as extremely aggressive.

Craig has started to have a large resident mule deer population that is venturing into the city more and is becoming more accustomed to people. Humans are partly to blame for this change in behavior, either directly or indirectly, according to Porras.

“That’s a big issue when they get habituated to humans and lose their natural fear of them and then they can be more aggressive,” Clay said.

“For Colorado in particular, we have a rapidly growing population that is moving in and expanding on the Front Range, and so we’re starting to encroach on their habitat,” Bruegger said.

She believes there could be even more of these types of interactions as development happens and that wildlife agencies are too quick in their decision to kill an animal.

“I think as an organization, we have been disappointed at how quickly the wildlife management organizations exercise the lethal option without doing full research into different incidents especially when native wildlife is acting like native wildlife,” Bruegger said.

She believes it is time to change Colorado’s policies for dealing with wildlife and focus on exercising all other options before deciding to euthanize an animal.

“I think wildlife management in Colorado needs to adapt to the population and with the best available science,” she said.

Despite this instance, Bruegger said she believes the state has the potential to be a leader in conservation and coexistence with a wildlife-friendly governor and first man.

“There’s a lot of opportunity to really look at how do we coexist with this wildlife rather than killing it,” she said.

Out on the Apex trail in Golden, hikers and bicyclists leave the comforts of the city behind for a chance to enjoy nature.

Hikers and cyclists Denver7 spoke with say when humans are in animals’ territory, it’s their responsibility to watch out for wildlife.

“I just stay away from them as much as possible, and I think if you’re just quiet and respectful, they’re not going to bother you.” Palmer said.

Chase Garret, meanwhile, said that whether you are an avid hiker or a newcomer, it’s important to understand what you’re getting yourself into.

“Just be smart and know that we’re not in a zoo and there’s the ability of getting hurt,” he said.

Hiker Andrea Wells said she heard the news about the doe being euthanized and was disappointed that it had to happen.

“She was probably just being protective, and I just thought it was sad,” Wells said. “I just don’t see why you would need to put them down. It seems like they can be taken and placed back into their area.”

When it comes to wildlife venturing into areas humans inhabit, she believes the burden also falls on people and not the animals.

“They may need to be discourage them coming over to our spaces,” she said.

That means not leaving food out for the animals or letting them in your backyard.

In the end, despite their disagreements on how the incident with the doe in Craig was handled, everyone Denver7 spoke with agreed that wildlife needs to be respected and protected and that the key to coexistence begins with education.

“Part of the responsibility that comes with living in the state is knowing how to live with wildlife responsibly,” Clay said.

To learn more about how to interact with wildlife appropriately, CPW has information here.