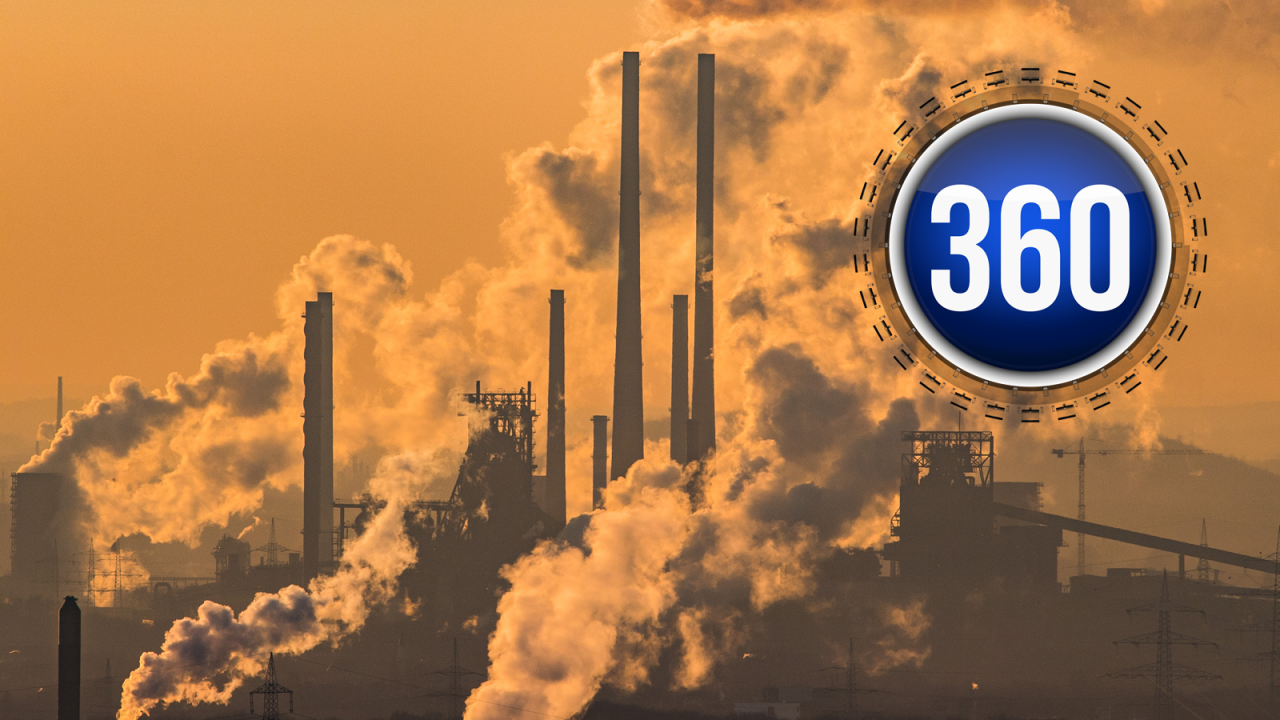 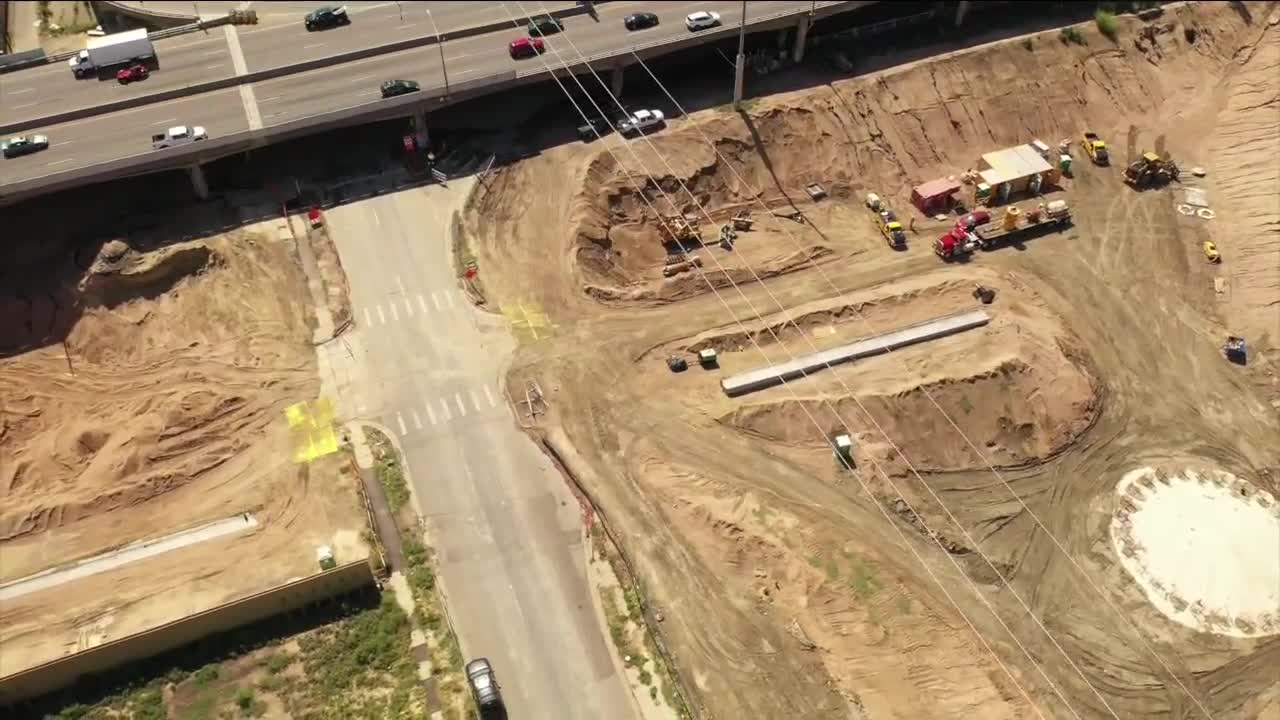 The policy, which was first created in 1970, requires federal agencies to prepare environmental impact statements for everything from highway construction to oil and gas development on federal lands to grazing rights for ranchers.

The proposed changes would narrow the scope and timing of NEPA, something proponents hope will cut through red tape on major projects.

However, environmentalists oppose the idea, saying the changes would hurt the environment and limit the public’s right to speak out against certain projects.

Denver was one of only two places chosen for a public hearing; the other hearing will take place later this month in Washington, D.C.

The case for changing NEPA

During a press conference Monday, groups advocating for the change pointed to the I-70 expansion project as an example for how projects can be negatively affected by NEPA.

“The current I-70 project right through the heart of Denver is really a poster child for the need to update the NEPA process,” said Matt Gerard from the Plenary group, an investment company. “The permit process for that project took over 13 years and it ended up with a document that was almost 16,000 pages in length.”

Gerard said that along with more than 200 community meetings that took place to discuss the changes, it required more than 148 mitigation requirements that cost $58 million for taxpayers.

Some of the proposed changes to NEPA would limit the scope of what the environmental impact assessments would consider. Cumulative impacts or indirect impacts would no longer be considered in those assessments under the proposal.

Gerard believes updating NEPA will cut down on the amount of time it takes to approve projects.

One of the reasons advocates want to speed things up is because they say there are certain instances when a project takes so long to approve that it becomes outdated.

“If it takes 20 years to get a permit, by the time that project is in construction, the capacity it was meant to handle has already exceeded it,” said Ed Mortimer, the vice president of transportation and infrastructure for the U.S. Chamber of Commerce.

As technology has changed, so have the ways people use roadways; there are more delivery services as well as rideshares. Because of that, Mortimer says the laws need to be modernized as well. He doesn’t believe updating NEPA will have to come at the cost of the environment.

“There has to be a happy medium where we can meet environmental goals but, at the same time, have a modern infrastructure so we can compete in the global marketplace,” he said. “Let’s figure out a commonsense approach.”

Ideally, he would like to see NEPA updated to include a streamlined process with transparency and time limits to keep projects from being dragged out.

Other supporters of the change say it will help with everything from the economy to jobs to tax revenue and more.

The case against changing NEPA

Outside of Tuesday’s public hearing in Denver, dozens of protesters gathered with signs and petitions to speak out against the proposed updates.

Many said they tried to get a ticket to be able to speak at the public hearings but that the spots that were made available ran out within minutes.

Instead, they decided to rally in a parking lot across the street to speak out against the changes.

Environmentalists say the NEPA environmental review process is slow and complicated for a reason: the process is meant to look at all of the potential consequences a proposed project would have before moving forward on it.

“The proposed throwbacks reduce public comment period, allow industry to actually self-police and write its own environmental regulations,” said Rebecca Sobel, a senior climate and energy campaigner with Wild Earth Guardians. “So, instead of having the government or a third-party do an environmental review, now the person who is standing to directly profit or benefit does their own analysis and the public might not even know what’s happening in their front yard.”

She believes the NEPA changes put business benefits ahead of environmental impacts and that they would allow companies to cut corners.

“The fossil fuel industry is self-serving and does not serve the direct public health benefit of the people,” Sobel said.

Along with public health and environmental concerns, opponents of the changes say they could hurt wildlife populations in Colorado and across the country.

In a guest commentary published in the Denver Post, Representative Diana DeGette and former EPA administrator Gina McCarthy said NEPA has been used to help protect Colorado lands in the past and the proposed changes would limit the American public’s ability to speak out against proposed projects.

“It was the public’s input that convinced the U.S. Forest Service to stop the clearcutting of aspen groves in Colorado’s Gunnison National Forest and stopped oil drilling on 30,000 acres in Colorado’s North Fork Valley,” the commentary read. “Cutting off the American people’s ability to challenge their government’s decisions is a dangerous path to start our country down.”

Governor Jared Polis has spoken out against the proposed changes, saying that while he would strongly support reasonable reforms that speed up construction and cut red tape, the proposed changes would increase the dangers of things like pipeline leaks and explosions.

Indigenous groups also spoke out both at the public hearing and planned protest against the changes. Lyla June Johnston, a Navajo native and activist who traveled to Denver from New Mexico for the hearing, says the changes would limit the voices of tribes across the country.

“NEPA represents a tiny speck of power that we have to protect our homeland and our waters and our cultural sites, our burial sites. This whole system was set up against us from the beginning and now what little things we have are being further degraded,” Johnston said.

Johnson says NEPA has been successfully used in the past to stop certain projects like the Dakota access pipeline. She is particularly worried about the proposed limit to the study of cumulative effects in environmental reports.

On the other hand, supporters of the changes say they would enhance coordination with tribes and ensure consultation with those who might be affected by a particular project. They say it would also eliminate the provisions in the current regulations that limit tribal interest to reservations.

However, Johnston says those promises are disingenuous.

“It’s really an empty gesture on behalf of the CEQ to propose that we would have increased tribal consultation when the indirect effects aren’t even being included in the NEPA analysis, and so things that could affect tribes downstream will not even be included and they won’t even need to consult us,” she said.

Changes to the National Environmental Policy Act could have long-lasting impacts on industry and the environment.

The second and final hearing on the proposal is set to happen in Washington, D.C. on February 25. The speaking slots for that have already booked up as well.