Crime-free housing in Colorado: Proponents praise efficacy but others have civil rights concerns 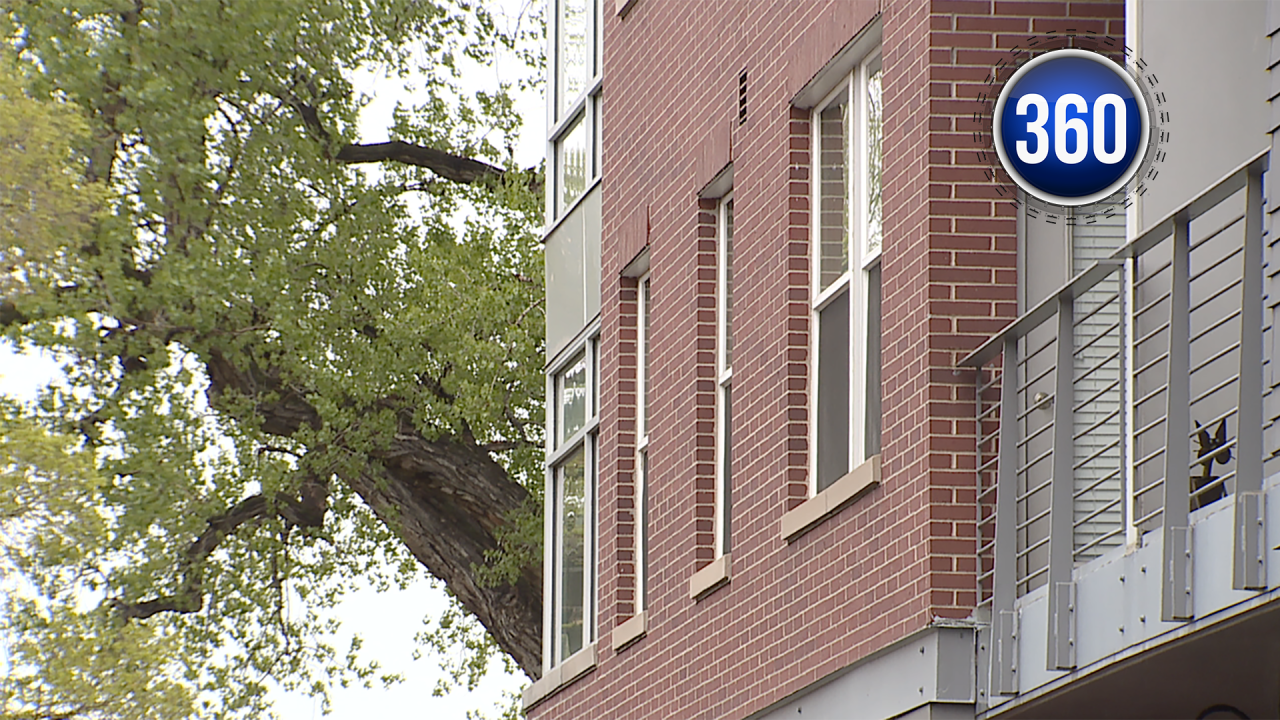 Copyright 2019 Scripps Media, Inc. All rights reserved. This material may not be published, broadcast, rewritten, or redistributed.
Denver7
Several metro-area cities participate in a nation-wide program called crime-free housing, which encourages landlords to deny renting to certain convicted criminals and put rules in place allowing landlords to evict renters who are arrested in connection to a crime. 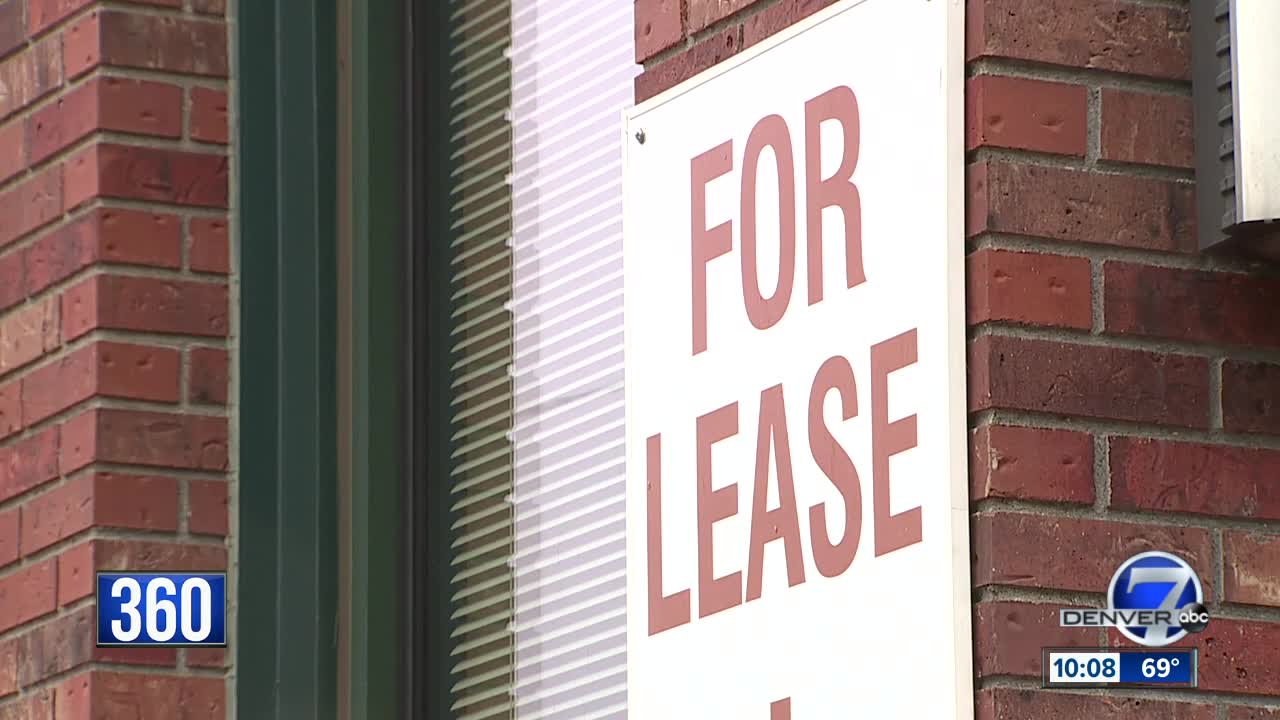 LONGMONT, Colo. – Several metro-area cities participate in a nation-wide program called crime-free housing, which encourages landlords to deny renting to certain convicted criminals and put rules in place allowing landlords to evict renters who are arrested in connection to a crime.

Police who back the policies say the rules are making communities safer and landlords say they have made their properties better places to live, but fair-housing advocates and people with criminal records who say they’ve turned their lives around are questioning the tactics and the limits the program can put on people looking for housing.

In Longmont, police deployed a national program called the Crime Free Multi-Housing Program that the city says aims to keep illegal activity out of rental properties in city limits.

Master Police Officer Sara Aerne helped bring the program to Longmont after her first year on the job, when she said she would often be called out to crime-filled properties several times a day.

“We’d have people not really knowing who’s living in their properties. They’d have a lot more problems and a lot more police presence,” she said.

Since the city and police department launched their voluntary program nine years ago, more than 200 rental properties have signed on to participate. Aerne says they have seen a “huge impact” in lowering crime at the properties.

How the program works

In the metro area, Lakewood, Longmont, Northglenn and Aurora are among the cities with crime-free housing programs.

In Longmont, property managers have to undergo an eight-hour training session with police. The course teaches landlords crime prevention tactics and how to properly screen tenants.

After finishing the class, the landlords have to go through a security inspection, hold a community meeting, and have residents sign a crime-free lease addendum which says any criminal activity on or near their rental property is an offense worthy of eviction.

But there are federal rules that landlords have to adhere to under the program so as to not bar anyone convicted of a crime from obtaining housing.

Deborah Wilson is a housing attorney and the legal voice behind Longmont’s program. She helps train landlords on what they can and cannot do under the program.

“We do a balancing test, so if someone calls and says, ‘Do you rent to felons?’ The answer is, it depends,” she said.

Landlords factor in people’s rental history, their credit, how long ago the said crime occurred and how severe it was.

“Educated landlords make good decisions. They don’t discriminate – if I can help it,” she said.

She told Denver7 she has seen firsthand the power of crime-free housing programs.

“It increases property values because the less crime there is in a community, the more people want to live there,” she said.

Brandyn Christensen is a convicted sex offender who can’t find housing in Longmont. He says that despite finding a job in the city, he has struggled to find housing because of the program and has been forced to couch surf.

He was convicted of attempted sexual contact with a 13-year-old who was living in his home at the time, and says he felt he committed the act because he felt it was “normal” after being abused as a child himself.

“I’m fully willing to own up to all the responsibility,” he said. “I was just completely undiagnosed with a whole bunch of mental health problems.”

But, now out on probation, in treatment and on new medication, he says that he feels the crime-free housing is keeping him from leading a better life on the outside.

“It feels counterproductive that I can’t follow the rules because of the rules,” he said. “I’m still trying to do the right thing now, and just bring attention to all this that, you know, there can be a conversation about it.”

But Wilson says Christensen’s crime falls into a different category.

“The likelihood of someone re-violating is statistically higher … and the potential harm to a child or a person in the community, I mean, you can’t put a price on the harm that would cause,” she said.

He says it has turned around his property and calls the program a game-changer for two reasons. First is the partnership between landlords and police, and second, he receives an email every day about any police activity that occurred on his property.

ACLU leads charge against such programs, but says Longmont’s updates are improvements

The American Civil Liberties Union (ACLU) has led the charge to strike down similar crime-free housing programs in other states, calling them unconstitutional and discriminatory.

But there is a key difference between those programs and Longmont’s: the other programs were typically mandatory, while in Longmont, a landlord’s participation is voluntary.

In a statement, Rachel Goodman of the ACLU National Racial Justice Program said updates made recently to the program have been improvements.

“The ACLU does not ‘approve’ of Longmont’s program. We believe programs that increase police communication with landlords are inherently troubling because they increase police involvement in tenants’ lives and threaten to increase eviction rates,” Goodman said.

“However, we are glad that Longmont, unlike other jurisdictions, has updated its program to make clear that banning tenants with criminal records on a blanket basis violates the Fair Housing Act.”