The EPA is proposing to downgrade the northern Front Range from a “serious” to “severe” violator of federal ozone standards. We dive in to what that could mean.
Posted: 12:08 PM, Apr 25, 2022

DENVER – The U.S. Environmental Protection Agency is proposing to downgrade the northern Front Range from a “serious” to “severe” violator of federal ozone standards, which would mean state officials would now have to come up with new rules to reduce air pollution in the Denver metro area.

The proposal would mean Colorado would have to switch to “reformulated gasoline” (a blend that burns more cleanly than typical gasoline) during the summer months, and businesses would be subjected to more regulations on emissions. It’s not just Denver that’s been downgraded, though: Chicago, Dallas-Fort Worth, Houston and New York City could all be downgraded to “severe,” the EPA said this week.

In this Denver7 360 In-Depth report, we’ll tell you about:

How did this happen? To put it simply: The nine-county region between Castle Rock and Fort Collins missed multiple deadlines over the past few years to bring ground-level ozone levels down to 2008 and 2015 standard thresholds.

If these downgrades are approved, not only would businesses be subjected to more regulations on emissions under the U.S. Clean Air Act aimed to reduce pollutants from 50 ton to 25 tons per year, but the price of gas would also increase because Colorado would be forced to use “reformulated gasoline” which typically costs between 5-10% more than typical gasoline, according to AAA Colorado.

Why this change? The ozone that forms from vehicles, power plants, oil and gas operations and many other industries can damage people’s airways, increase asthma attacks, and increase the likelihood people develop lung infections and diseases.

Why the Colorado Front Range’s ozone levels are so poor

What needs to happen to turn things around? That’s a question environmental advocates and state leaders have been talking about for months, following one of the worst periods of air quality for Colorado in summer 2021.

Policy changes are key to creating change, according to Pegah Jalali, an environmental policy analyst for the nonprofit Colorado Fiscal Institute.

So far, Colorado has enacted new rules to reduce greenhouse gas emissions, with the goal of improving air quality by taking the equivalent of 300,00 cars off the road each year.

The rules would shift billions of dollars in future transportation dollars, spending less to build bigger highways and roads while increasing funding for alternate modes of transportation, such as mass transit, bicycling and walking. And since 2019, the state has updated rules for low- and zero-emission vehicles, made more rules to cut more emissions, worked to close coal plants, and more. 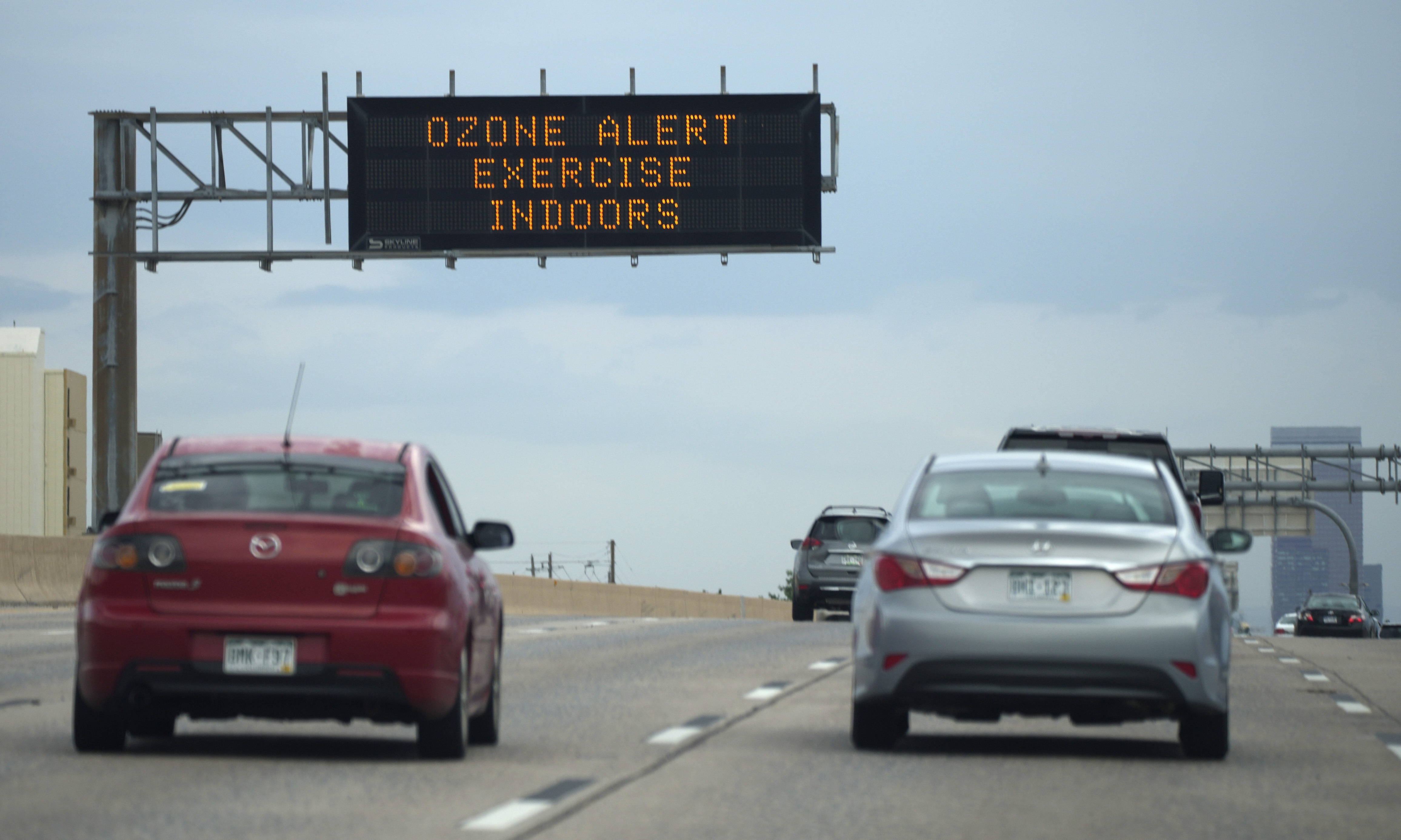 Gov. Jared Polis and the CDPHE have proposed $43 million to hire dozens of air monitoring employees and purchase more monitoring equipment, and is working on pushing measures through the legislature to electrify more school buses, increase the use of mass and multimodal transit, and reduce other sources of pollution.

Part of that $43 million includes around $7 million for aerial- and ground-based air monitoring to have a better understanding of what ozone is coming from local sources and what is coming in from out of state.

Lawmakers have struggled to pass meaningful legislation to combat rising air pollution across the state.

A bill aimed at getting more cars off the road by encouraging employers to provide alternative transportation options died in committee in late February.

A second, more bipartisan bill that would eliminate the current corporate income tax deduction for alternative transportation methods and replace it with another one that incentivizes employers to provide alternative transit options to workers is still making its way through the legislative process.

Is there anything you can do to lessen your impact on air pollution in Colorado? As it turns out: Yes, you can.

Telecommuting – or working from home as it now called – is also a good idea if your employer allows it.

If you can’t do those first two things, experts recommend that you make sure your car is tuned up. A well-running car means more fuel efficiency which means less pollution.

If you need to do yardwork, do it during days when the air quality is good or outright in the evening. The recommendation isn’t just about mowing the lawn but using any type of gas-powered landscaping tool.