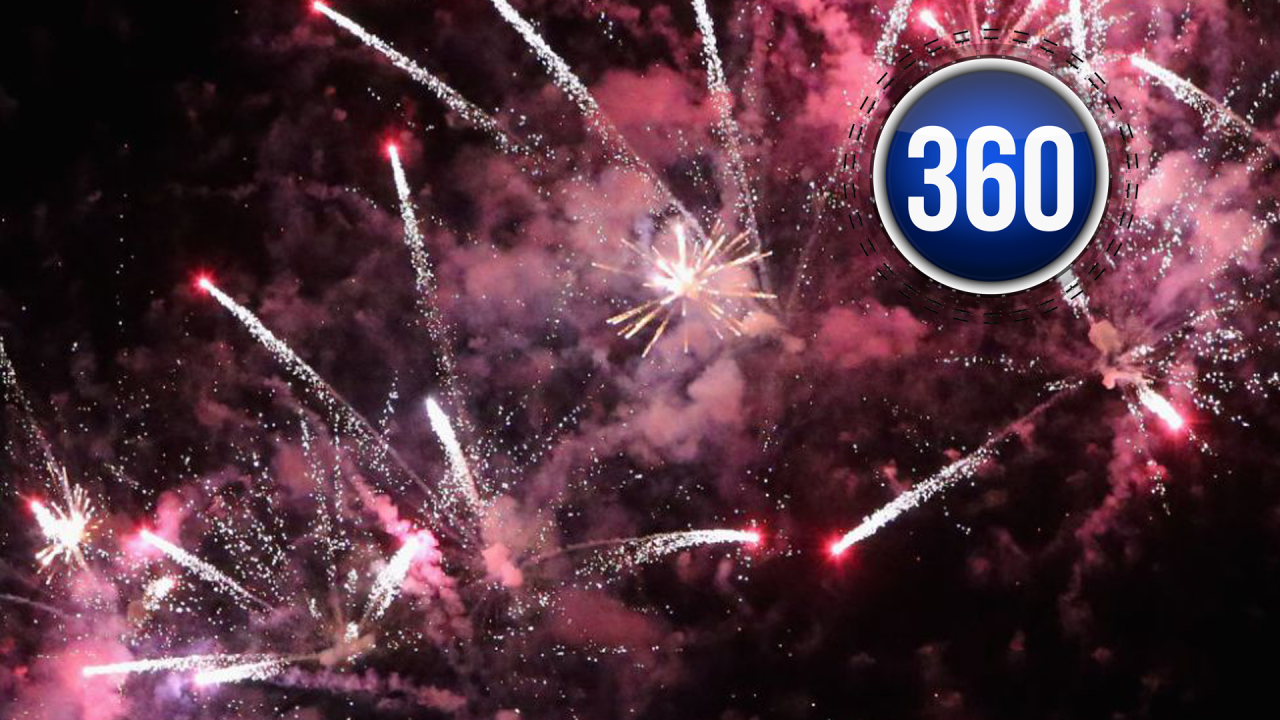 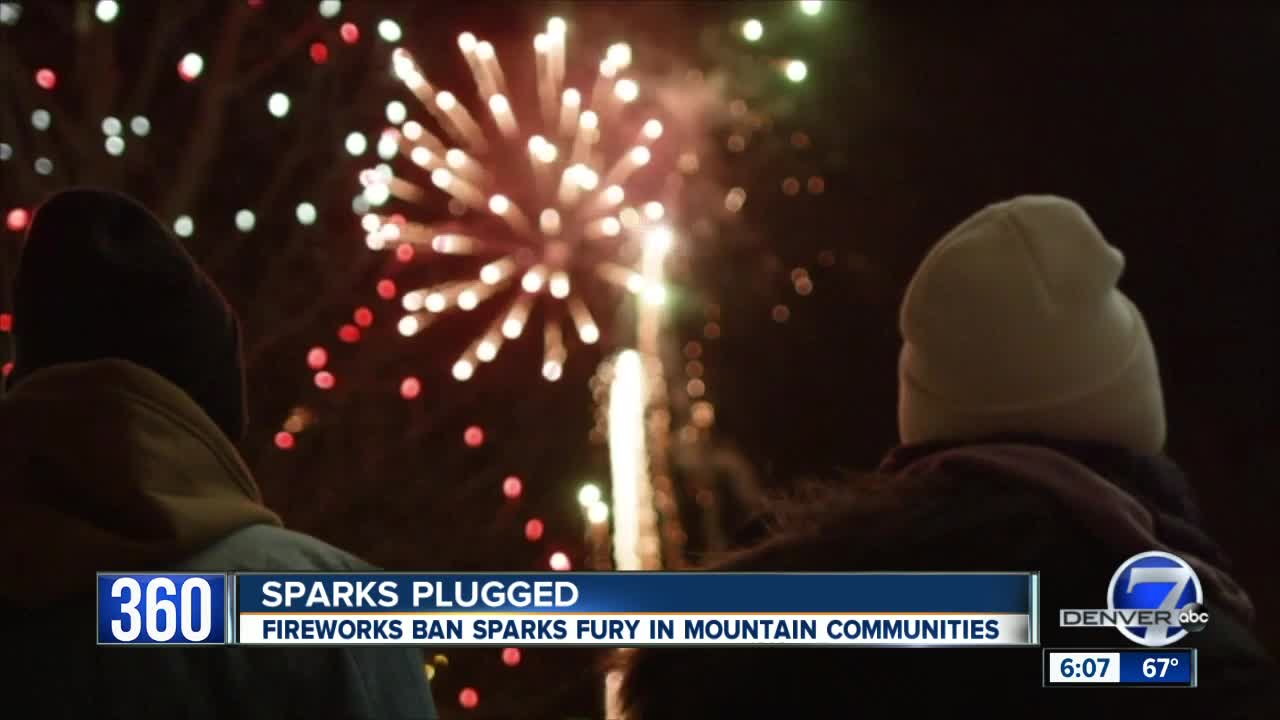 Editor's Note: Denver7 360 stories explore multiple sides of the topics that matter most to Coloradans, bringing in different perspectives so you can make up your own mind about the issues. To comment on this or other 360 stories, email us at 360@TheDenverChannel.com. See more 360 stories here. This story will air on Denver7 News at 6 p.m. on Monday.

UPDATE: July 2, 2019 - Aspen originally had a drone show planned to replace the fireworks, but released a statement Tuesday saying the drone show has been canceled due to technical problems. The company providing the show said, "As hard as this decision is for any company to make, we feel it is the right one and in line with the aviation industry standards of safety." A laser light display, originally slated to take place after the drone show, will now take place at 9:15 p.m.

ASPEN, Colo. -- It's been one of the wettest late spring/early summer seasons in decades, and the coldest since 1983.

And despite that, a number of Colorado communities have banned July 4 fireworks shows.

"The biomass can dry out in a matter of a couple days and go right back up to a high fire danger," said Greg Poschman, chair of the Pitkin County Board of Commissioners.

"It speaks to a changing Colorado," said Vanessa Agee, director of marketing and communications for the town of Frisco.

The bans have sparked a fiery backlash in some mountain towns.

"It's still very disappointing," said Rob Philippe, a building owner in Frisco. "It's hard to believe they haven't reconsidered. Really, it's a Frisco tradition."

With persistent drought in recent years, many mountain towns have reluctantly and regrettably snuffed out those star-spangled salutes.

"There's a lot of houses right next to forest and surrounded by brush," said Poschman.

While no one questions those decisions in drought years, this year is much different.

"If it's not going to be a fire issue, let's have the fireworks," said Scott Pohlman, owner of Ein Prosit Beer Hall in Frisco.

"I think towns are put in a difficult situation because they have to plan and make the decision," said Chris Logan, Frisco resident.

In Aspen, town leaders have canceled the show saying it just isn't worth the risk.

"The brush is so overgrown," Poschman said. "There's so much burnable fuel in these areas. There could be about a billion dollars worth of real estate value on that mountain."

Heading over Independence Pass to Frisco, town leaders say it's not about fire danger at all.

"When (the show is) over, we knew we would likely have a very good amount of gridlock," Agee said. "It impairs the ability of first responders to get to everything from a broken leg to a heart attack."

Frisco would have been the only town in Summit County with fireworks this year. Both Breckenridge and Dillon canceled their shows, as well.

The Town of Frisco still has a number of special events planned throughout the day on July 4.

"Those events happen throughout the day and people come and go at different times," Agee said. "And they are great for locals and visitors."

But business owners like Scott Pohlman are red hot about about the reason for the fireworks cancellation.

"I don't really buy it," Pohlman said. "I think we could plan for it. If we're telling people, 'We don't want you here,' that's a terrible reason for canceling. It's one night a year."

Pohlman owns one of Frisco's most popular businesses, Ein Prosit Beer Hall. He says there's no question he's going to take a hit.

Philippe agrees. He has lived in Frisco since he was 2 weeks old and says town hall is out of touch.

"There's always been a big disconnect between the hired help at town hall and the community," Philippe said. "I guess the town thought we were going to light the lake on fire."

Frisco has a long-standing tradition of lighting its fireworks from the middle of Lake Dillon, which adds to the allure of the show and helps to minimize the fire risk.

Winter Park: The show will go on

Over Berthoud Pass to Winter Park in Grand County, the show will go on.

"It's a great show," said Catherine Ross, director of the Winter Park and Fraser Chamber of Commerce. "They are shot from a very safe area. It's about two blocks away ... and they're shot high enough so they can be seen from almost anywhere in town."

Ross has studied the fire danger extensively with fire officials this year and she says all systems are a-go.

"The forest floor hasn't greened up too much yet," Ross said. "It is greening up, but it hasn't dried."

And unlike Frisco's philosophy on congestion, Winter Park's welcome sign is big, bold and bright.

"Our arms are open," Ross said. "We're very welcoming to everybody coming. We're not worried about too many people. We have room for everybody to come visit and we will manage those crowds."

Denver: Our show will go on, as well

Back on Interstate 70 and down into the city, Denver shares Winter Park's enthusiasm this year.

"From a fire standpoint, we feel great about the type of fireworks that we use here," said Scott Robson, spokesman for the Civic Center Conservancy.

The CCC will host its 10th Annual Independence Eve concert and fireworks show on July 3.

The CCC is using low-aerial pyrotechnics this year to minimize smoke and ash.

"There's really no fallout as far as ash," Robson said. "There's a higher cost with these fireworks, but we feel it's well-worth the expense. These are specialized pyrotechnics for dense urban areas and stadiums."

"We have a responsibility to protect not only the crowds, but the many historic buildings and surrounding high-rises in downtown Denver. It's a unique show that we put together."

The fireworks are launched from the roof of Denver's historic City and County Building. It draws an average of 100,000 people downtown on July 3.

"It's the largest community event of the season," Robson said.

As one can imagine, there are mixed opinions about fireworks shows.

"I love fireworks," said Miriam Nichols. "So, it's definitely sad from that perspective that they won't be having some shows."

Philippe even circulated a petition in Frisco and gathered roughly 500 signatures to get the town to reconsider.

"And there was a separate petition with over 200 signatures from the students at the high school," Philippe said.

But others respect the town's decision.

"I've seen it with the gridlock — with the ice sculpture event and Dew Tour. And it's just not safe," Logan said.

"I don't think having fireworks is a litmus test for being patriots," Agee said. "We have a number of celebrations planned throughout the day on the Fourth of July and we welcome everyone. I think it takes courage for a small town council to say, 'Wow, we are overcrowded and overloved and we don't want to put people in that situation.'"