Christopher Columbus plaque could be removed 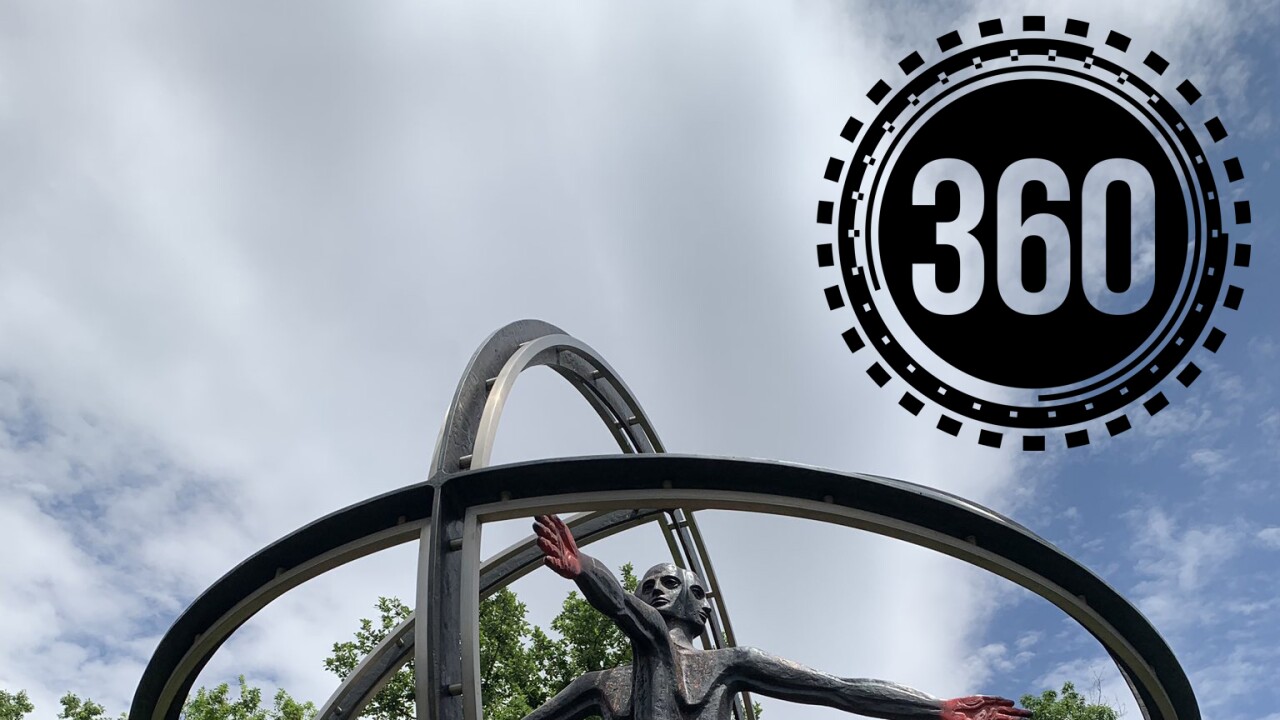 DENVER -- Statues and plaques across the country associated with racism are being toppled, smashed and defaced by protesters or removed by local governments.

Which brings up the question: What’s the standard for taking down a statue?

Historians seem to agree: Outside of confederate statues, it’s a slippery slope.

“When we're talking about former presidents like Washington and Jefferson, I think we need to be honest about their flaws,” said Dr. Shelby Balik, associate professor of history at Metropolitan State University of Denver. “The debate over statues right now is getting pretty complicated. We need to understand that history is complicated and messy.”

The movement is gaining momentum as states grapple with their checkered past and the idea of honoring people involved in slavery, racism and oppression.

"We can't cancel out history and forget it," said Denver resident Elliott Rutledge. “Maybe some statues are better off in a museum. Art is open to interpretation anyway.”

So, should statues of historic figures be removed? We talk to those who say take them down, Denver's mayor who is establishing a renaming and removal commission, a historian who sees a clear path forward, those who say leave them alone, and we start with a Denver Councilman who says the plaque honoring Christopher Columbus at the base of a prominent Civic Center statue must go.

"It's no longer okay for us to have statues that revel in colonialism," said Chris Hinds, councilman for District 10 in Denver.

The debate over the Columbus plaque dates back to at least 1992, when the American Indian Movement called for removal of the plaque as the "only acceptable option." Yet 28 years later, the plaque is still here.

"Let's convene a stakeholder group to determine what should go in its place," Hinds said.

Denver Mayor Michael Hancock has directed a commission to start looking at various parks, facilities and monuments throughout the city.

"Those pieces that we believe may be offensive,” Hancock said. “To determine what our steps should be - whether renaming them, removing them all together."

Balik is blunt when it comes Confederate statues.

"Statues are not meant to tell history. Statues are meant to glorify,” Balik said. “You're not going to find too many countries around the world that maintain statues and memorials to people who committed treason in defense of slavery."

While Balik believes there's no debate about Confederate statues, she says the statues honoring presidents like Washington and Jefferson are different.

“There are people who are deeply flawed and still contributed to the history of the nation," Balik said.

Carmen Grecu says getting rid of statues is an overreaction.

"All these statues are part of history,” Grecu said. “We can't change history, so I think it's better to know our history and discuss it rather than bury it."

“It’s definitely something that causes controversy,” Rutledge said. “Because Columbus, for example, did steal land essentially or take over land. If we do take them down, maybe they need to be in a museum that's protected."

Balik has a similar suggestion.

“If you put it in a museum - you can add context," she said. “Frankly, I think the graffiti on the statues is also part of the history. Leave the graffiti.”

“It certainly is prudent for us to learn from our history,” Rutledge said.

“Statues are not meant to tell history,” Balik said. “Statues are meant to glorify. Removing the statues is not removing history. We have books, we have museums, we have movies."

“We don’t take this lightly,” Hancock said. “This is a very serious issue.”