Copyright Getty Images. All Rights Reserved.
Getty Images
The debate over vaccines, which has been newly renewed amid a measles outbreak that has spread across the county, is taking center stage inside the Gold Dome in Denver. 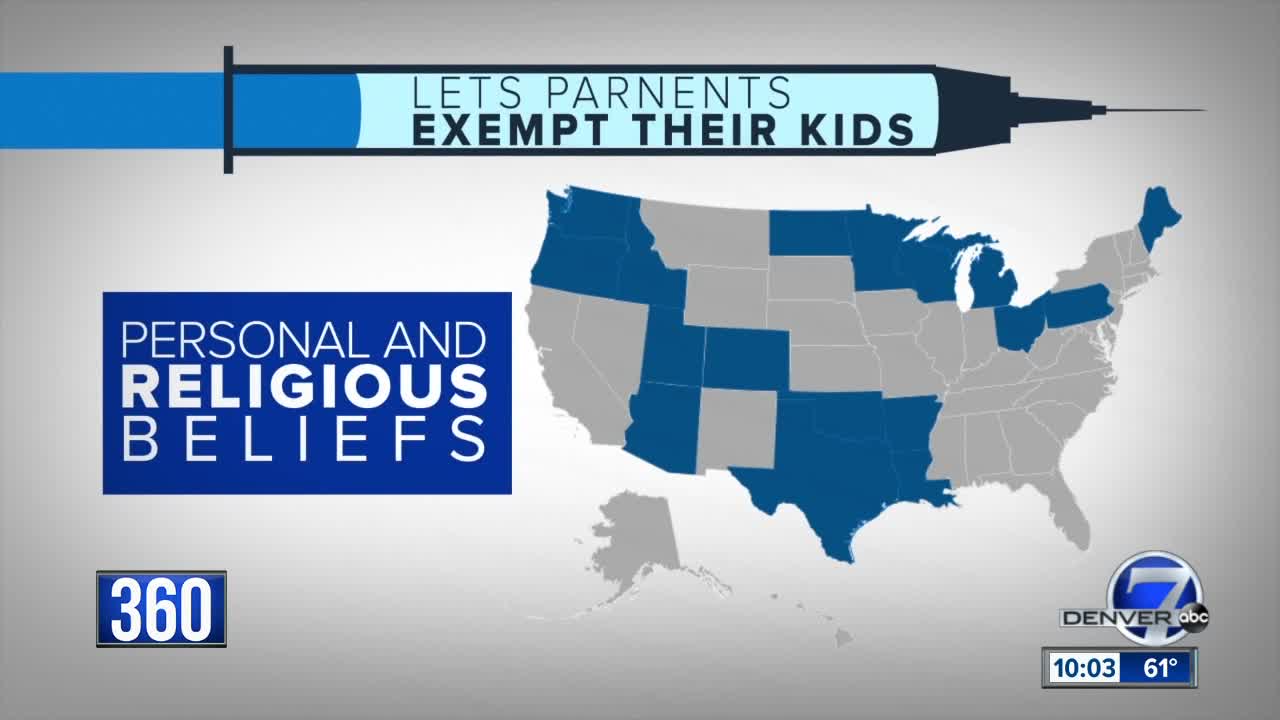 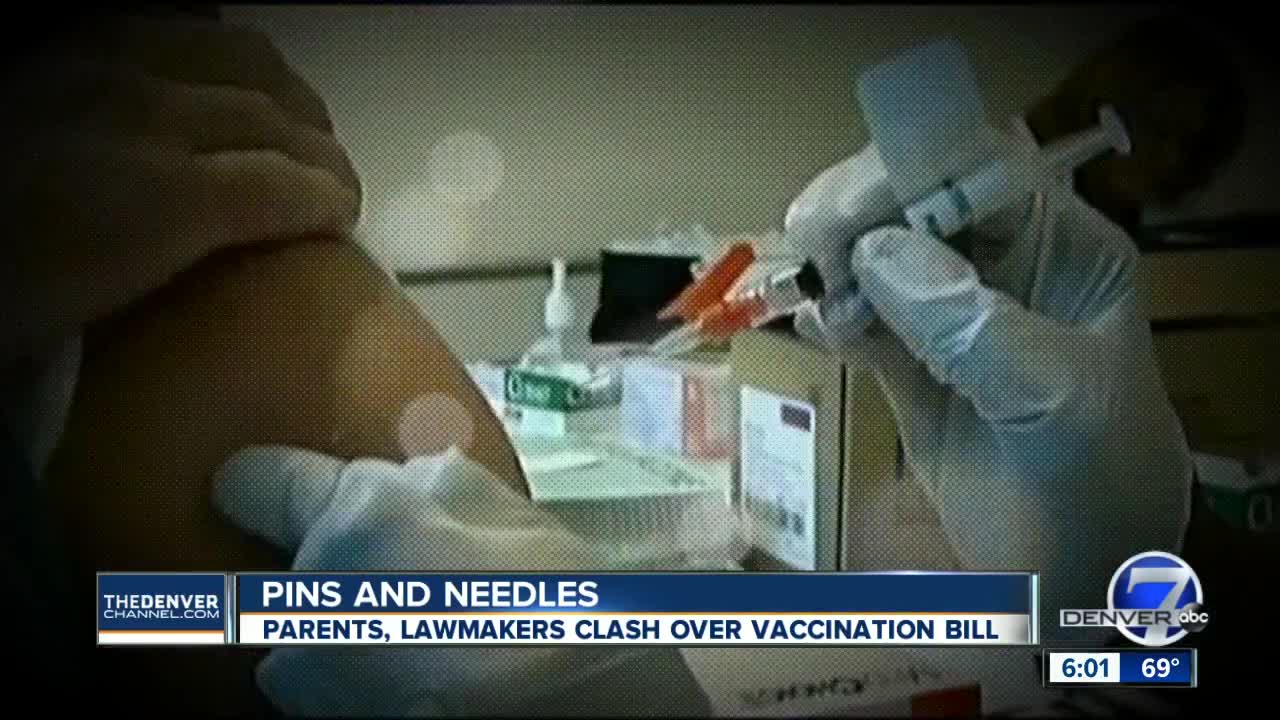 DENVER – The debate over vaccines, which has been newly renewed amid a measles outbreak that has spread across the county, is taking center stage inside the Gold Dome in Denver.

More than 500 people signed up to speak at Monday’s Colorado House Health and Insurance Committee hearing on a bill, HB19-1312, that aims to make it harder for parents to opt their children out of required vaccinations and immunizations in our state in an effort to improve Colorado’s low immunization rates.

After more than 14 hours of testimony and debate the committee voted at 4 a.m. Tuesday to advance the bill to the full house on a 7-4 vote.

Colorado is one of just 17 states that allows parents to exempt their kids from vaccines from personal or religious beliefs.

The issue is pitting alarmed public health officials and legislators against vocal anti-vaccine parents over the best way to protect children.

What does the bill do?

The bill, if passed as currently written, would require the Colorado Department of Public Health and Environment to put together a standard form and submission process for people who want to claim a medical exemption for their child’s immunization or a religious or personal belief exemption – two common ways Colorado parents opt their children out of immunizations currently.

The changes would not deny parents the ability to opt their children out of vaccinations but essentially creates more steps for them to go through. After the first year of going through the process, parents would be able to fill out an online form each year.

One of the prime sponsors of the measure is Rep. Kyle Mullica, D-Adams County, who is both an emergency room nurse and a father.

“The facts are our state is last in our Kindergarten vaccinations rates and we are at a risk for an outbreak,” Mullica said. “It does not mandate vaccines.”

Mullica compares the current vaccination issues in Colorado to “a puddle of gasoline just waiting for a match to be thrown.” He said he originally looked at getting rid of the personal-belief exemption in current law altogether, but said he allowed parents to opt out under the new bill after talking with experts.

“We’ve really compromised on this bill to really try to make it as fair as possible,” Mullica said. “But you know, we still have a problem to solve.”

A recent report from the Centers for Disease Control showed Colorado, at 88%, had one of the worst Kindergarten vaccination rates for diseases like measles, mumps and chicken pox. The CDC’s goal is to get vaccination rates to 95%.

Aimee Bernard, who is the mother of twins and the CU School of Medicine’s assistant director of the Human Immunology and Immunotherapy Initiative, says vaccinating her kids is a no-brainer.

She has for years been capturing photos of her kids smiling, with Band-Aids on, after receiving their vaccinations.

She says she believes Colorado needs to do something to improve our state’s low vaccination rates and think formalizing the process to opt out is a good idea.

“Right now, it’s really, really easy to opt out, and I think there should be a little bit more of a formal process,” she said. “I want to keep [my kids] as safe and healthy as possible.”

Pam Long, an Army veteran from Franktown, says requiring kids be vaccinated is “unethical” and calls it “malpractice.”

She is the full-time caregiver of her 15-year-old son, Josh – whom she says functions academically as a third-grader – and says that three doctors told her that her son’s brain injury was caused by an abnormal reaction to the MMR vaccine.

“Everyone knows my child was injured by a vaccine. There is no doubt and it’s not rare,” she said. "His diagnosis is vaccine-induced encephalopathy, which has a diagnosis code. It is a brain injury; it is a chronic state of encephalitis."

She says the bill would create a slippery slope for parents hoping to choose whether to vaccinate their children, and believes that the new requirements the bill would implement amount to intimidation.

“Those are designed to coerce and intimidate a parent into making what the health department views as the correct choice,” she said.

She also believes that the state shouldn’t be able to put her information into a database and use pro-vaccine education materials.

“There is no mention of risk. This is not a balanced education materials [sic],” she said. “Parents like me will not sit and listen to benefit only, no risk. That is not true informed consent.”

But a doctor who testified at Monday’s committee hearing said claims that vaccines cause diseases are not supported by science. And Mullica said the bill was aimed at one thing only.

“This bill is about safety – nothing less and nothing more,” he said.