Christmas in early October? Is it too soon for the holiday décor and the Christmas Creep? 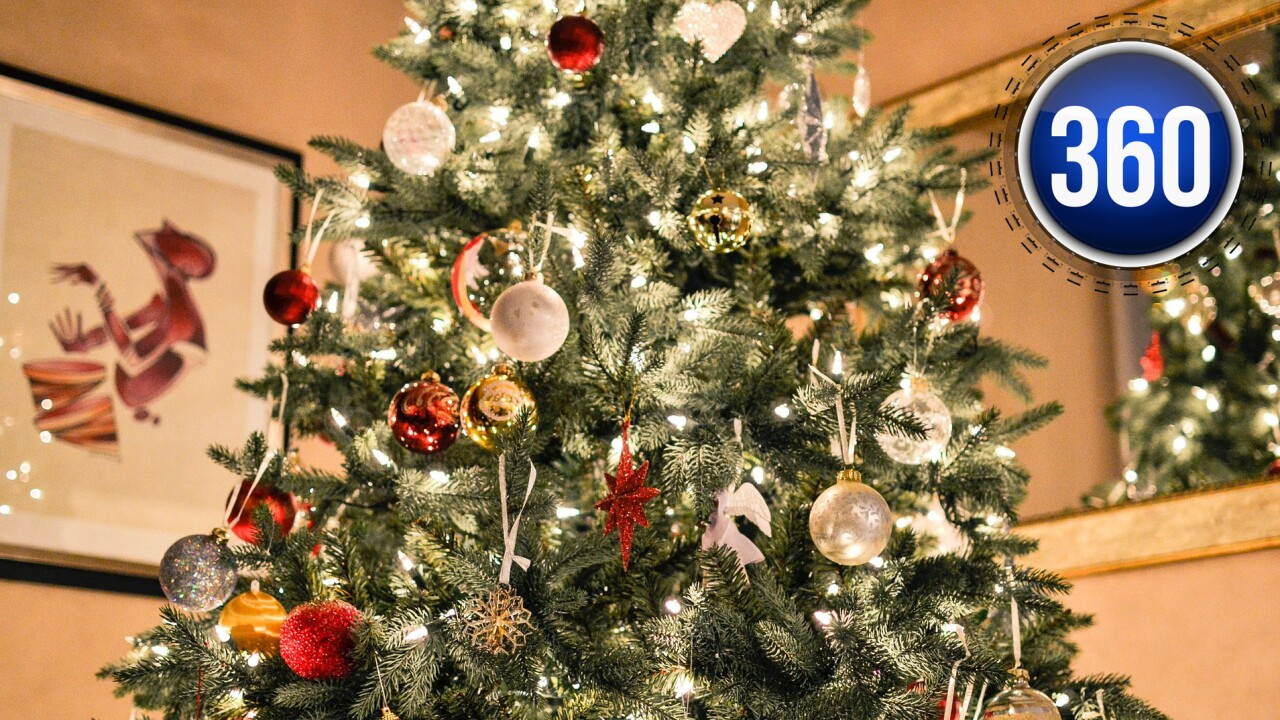 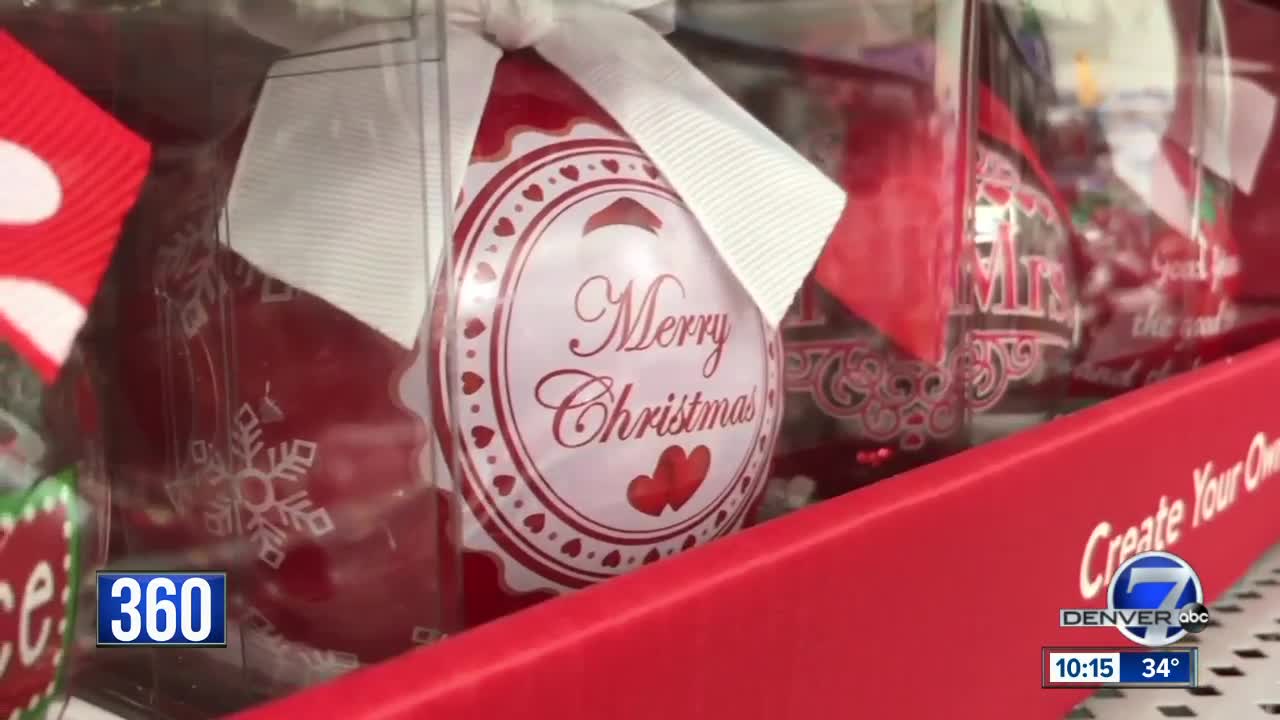 DENVER -- The countdown to Christmas is on.

We're now just 76 days until Santa comes to town, but you probably didn’t need us to tell you that. Many retailers started rolling out Christmas décor in mid-September.

The merchandising phenomenon is known as the Christmas Creep, in which merchants and retailers introduce Christmas-themed goods, apparel and decorations well-before the traditional start of the holiday shopping season, which is the day after Thanksgiving in the United States.

It can be off-putting to some consumers.

“It would be nice to go into a store and celebrate the season we’re in,” said mom Elizabeth Perkins.

“I think that the Christmas decorations this early is a little absurd,” said Kate Slifer, who was shopping for Halloween décor at a Target store.

“I think we're bypassing the wonderful season of fall by bringing Christmas into the retail atmosphere so much faster,” said mom Elaine Hungenberg.

But in a world where retail rules, Christmas continues to creep up year after year.

“It's never too early to be ready,” said Somerset McCarty, owner of Colorado Christmas Lights. “In our line of work, it’s better to put the lights up when the weather is nice.”

“Well, convenience is everything,” said mother of two, Jessica McKinney. “Sometimes I do like to see my options early.”

Economists say this all started after the recession of ’08.

“This was really, when I think retailers really started getting desperate,” said Darrin Duber-Smith, a marketing professor and senior lecturer at Metropolitan State University of Denver.

Duber-Smith says even in a good economy, the Christmas Creep appears to be here to stay.

“I use the term retailer one-upmanship,” Duber-Smith said.

As consumers become overloaded and desensitized, retailers continue to pile on.

“And what you get is over-promotion,” said Duber-Smith. “The promotions, like a drug, have to get bigger and bigger and more and more for us to actually react.”

But, while the mega retailers like Walmart, Target and Hobby Lobby roll out Christmas in August and September, one of Denver’s oldest mom-and-pop shops is proudly bucking the trend.

“We’ve been around since 1983,” said Matt Greer, social media and marketing specialist with The Wizard’s Chest. “We are in a unique position because we’re all Halloween until November 1st. We really don’t care about Christmas at all until then.”

While the store doesn’t transition until after Halloween, Greer admits having an online presence early in the shopping season helps them compete. Along with a good early-season in-store selection of games.

“It’s true that all the good games are out now,” Greer said. “And they won’t be on Christmas Eve.”

And some big online retailers are taking a stand against the Christmas Creep.

Last month, eBay announced a promise to refrain from holiday ads, promotions and specials until November.

But, for McCarty, the season can’t come early enough.

“There's such a small little window after Thanksgiving to get everything done,” said the owner of Colorado Christmas Lights. “We have an October early-bird special. It's 10% off for new clients; for returning clients it's 5%. It doesn’t make sense for us to wait. Plus, we like to spread light early and touch more lives.”

“Price drives a lot of things,” said Devin McKinney. “We have some smaller toy stores that we try to support, things like that. But, we do fall into the commercial traps like everybody else.”

For moms like Elaine and Elizabeth, it’s a challenge to stay focused on the current season, but it’s worth it.

“I like Christmas as much as the next mom,” Elaine said. “But, there's a time for Christmas and a time for harvest and Thanksgiving. And I don’t think the retailers are gaining much. I'm actually an after-Thanksgiving shopper. I’m not in that mindset yet, and I bet a lot of moms aren’t.”

“Kids love this time of year,” Elizabeth said. “They just want to get into the dirt and pick out pumpkins and have fun.”

But, experts say it’s the conflicted consumer driving the creep.

“Retailers have to be everywhere the consumer is now,” Duber-Smith said. “And that’s a lot of pressure. I think we love to hate it and we hate to love it.”

Duber-Smith also advises against the holiday promotions and deals. Most retailers, along with e-commerce, offer better deals throughout the year, not just over the holidays, he said.

“The Wall Street Journal had a great study a few years ago that showed nearly every category of goods was cheaper at some point earlier in the year,” Duber-Smith said.

eBay is all but admitting that.

“What’s the rush?!,” eBay wrote on its blog. “We love the holidays. But, we don’t love the stress-inducing creep that comes with it. Each year, holiday prep and promotions start earlier, and grow bigger, louder and shinier throughout the season. Christmas music in stores in October? Holiday sales before Halloween? It’s gone too far. Outsmart the holiday creep. Get deals every day.”