Vaping and e-cigs add fuel to the COVID-19 fire 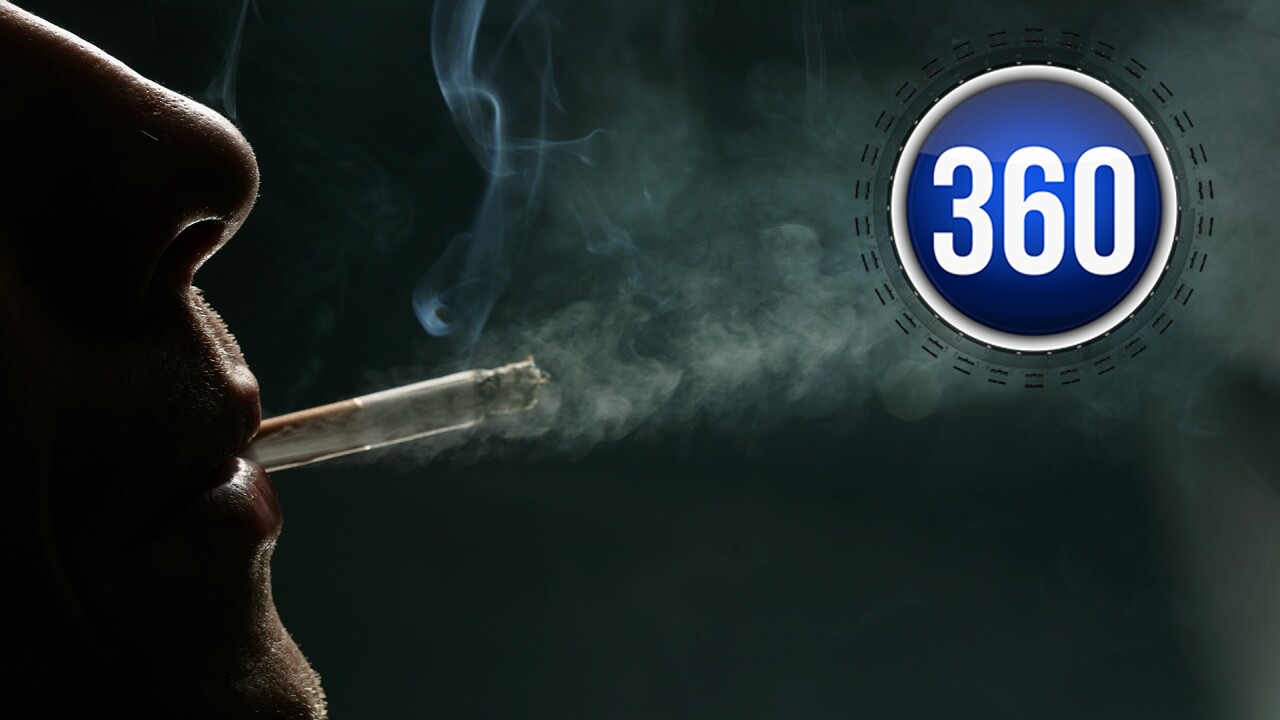 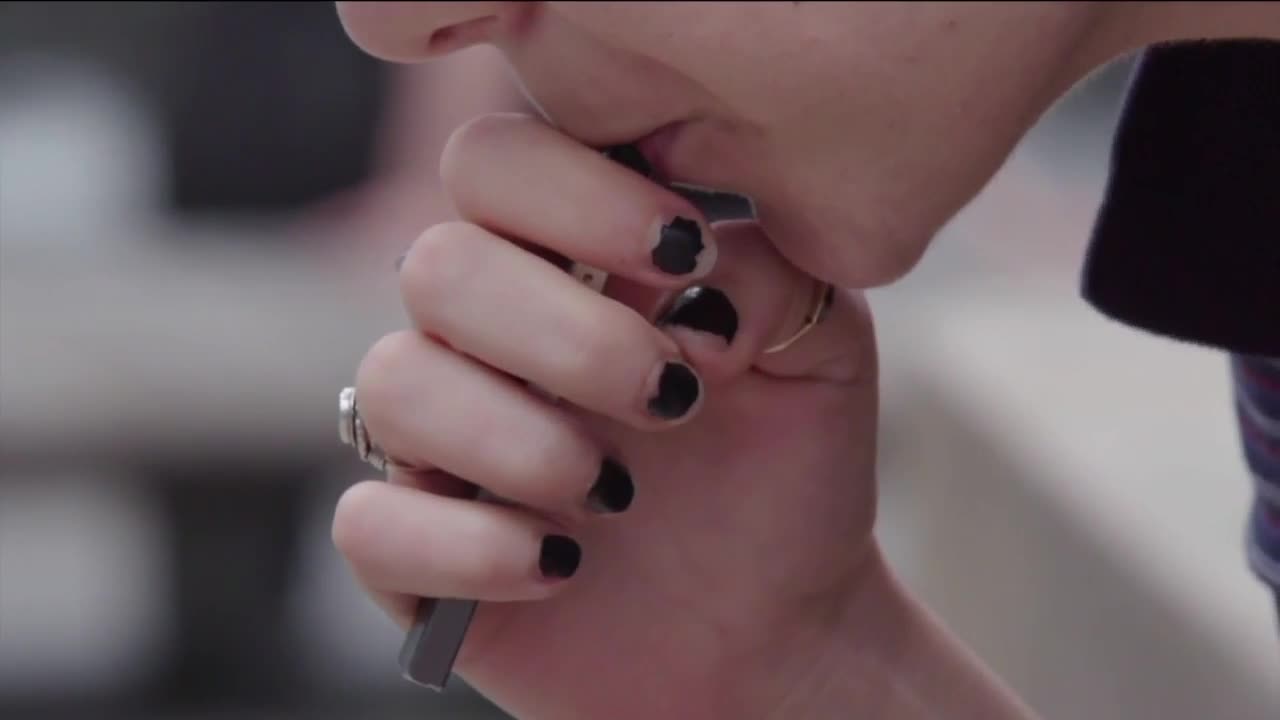 DENVER -- Vaping and e-cigarettes could be adding fuel to the coronavirus fire.

New data from overseas suggests smoking and vaping aggravate the symptoms of COVID-19, the disease caused by the new virus.

The risky habits are leading to potentially deadly consequences.

“We’re one of the leading vaping states in the country,” said Dr. Robin Deterding, professor and chief of pediatric pulmonary and sleep medicine at Children’s Hospital Colorado. “Electronic cigarettes and vaping put abnormal and harmful particles and chemicals into our lungs. And that’s absolutely the wrong thing that you want happening right now.”

We know the elderly and those with asthma and other respiratory issues are at a higher risk of contracting COVID-19, and they tend to have worse symptoms once they get it.

But more and more evidence suggests vaping and smoking also puts you at higher risk.

“There’s a new study from China that indicates if you are a smoker you were 14 times as likely to have severe COVID infection,” Deterding said. “It makes sense that when you smoke or vape, you’re doing many things to your lungs. You’re changing your ability to cough up mucus. You’re hindering your ability to fight infection.”

Denver City Councilman Chris Hinds is part of the current council which passed an ordinance in Denver late last year raising the minimum age to legally purchase tobacco and vape products from 18 to 21.

“And I think this pandemic is evidence that we should do even more,” Hinds said.

Hinds is immunocompromised himself.

“I’m actually paralyzed… right at my lungs,” he said. “Which makes it difficult for me to take a full breath. I would get eaten alive by coronavirus.”

Hinds says this pandemic should come as a major warning signal to smokers and vapers.

“The more we learn about this, the more we realize how important it is to have healthy lungs,” Hinds said. “It’s just common sense.”

He sees COVID-19 and vaping as a one-two punch.

“Just based on what little information we have, both are bad and both are going after the same part of our bodies,” Hinds said.

While a link is still hazy, infectious disease specialist and physician lead for population health, Dr. Amy Duckro at Kaiser Permanente, says roughly 1/3 of new COVID-19 cases are those 45 and younger — and data shows many are being hospitalized.

“I think what we’re finding here is that there does seem to be this unexplained phenomenon of otherwise healthy people who may just have that one risk factor who are then exposed to the disease and having very serious complications,” Duckro said.

Duckro says smoking and vaping causes inflammation of the lungs and she believes it’s perfectly logical to think that the use of those products, in general, is going to increase the risk of either infection or a more severe infection.

“Anecdotally -- there have been several stories of patients who did not seem to have a clear risk factor, are young and… otherwise healthy - having serious complications that raised the level of concern - is there something that we’re missing?” Duckro said.

Deterding says if there were ever a time to quit smoking, it’s now.

“They may not be in a high death category or a mortality category,” Deterding said. “But they are being admitted to the hospital; some of them have respiratory failure where their lungs stop working.”

Yet activists say if smoking’s your thing, light ‘em up.

“Your body is your own business,” said Jon Caldara of the Independence Institute, a libertarian think tank based in Denver.

Caldara says when you cut through the smoke, this whole conversation is about discrimination.

“It’s more than smoke-shaming,” Caldara said. “It’s actually belligerent and hateful to people who have a different lifestyle. There’s a lot of talk about tolerance and diversity and accepting people’s lifestyles, except smokers. Because we find them dirty and disgusting.”

Caldara isn’t arguing about the health consequences of smoking. He says this is about personal liberties and First Amendment rights.

“We’ve done a fair amount of research here at the Independence Institute and we’ve found evidence that smokers are actually human beings, which surprised everybody,” Caldara said. “Smokers are one of the most beat-up segments of the population. We don’t understand them, so we’re just crushing them. If we did this to anyone else, it would be called anti-civil rights. And it should be.”

Caldara says this is not a debate about what’s best for our health.

“Eating Taco Bell every day isn’t good either, but we don’t outlaw that,” he said. “The nannyists will use any crisis to try to take away individual choice. It’s what they do.”

Governor Jared Polis says one thing you can’t do is prevent access to tobacco for those of legal age or chaos could ensue.

“Many retail stores are closed, there’s obviously people who are addicted to nicotine and addicted to alcohol,” Polis said, which is part of the reason the state has deemed liquor stores essential businesses during the statewide stay-at-home order.

“Obviously, in their own time frame we hope they overcome those addictions,” Polis said.

For Hinds, it’s not a matter of shutting down personal choice, but setting a good example for teens and younger adults.

“Vaping scares me for the generations that come after us,” Hinds said.

“I’m definitely a supporter of reducing the likelihood that someone will pick-up, be exposed to or become addicted to smoking or vaping,” Duckro said. “This is a particularly salient time to be talking about that because there’s higher risk of pretty serious illness.”