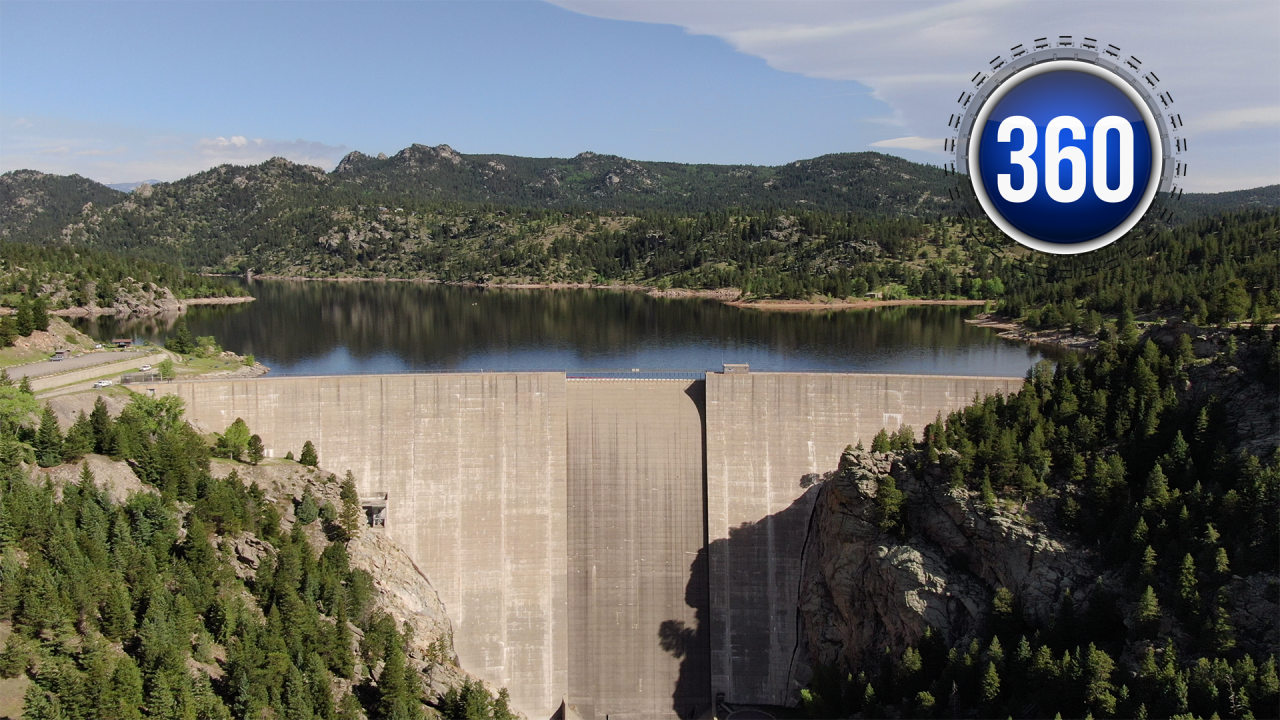 Copyright Getty Images. All Rights Reserved.
Denver7
The significant expansion of a reservoir and dam just south of Boulder might be the biggest planned construction project that you’ve never heard of. 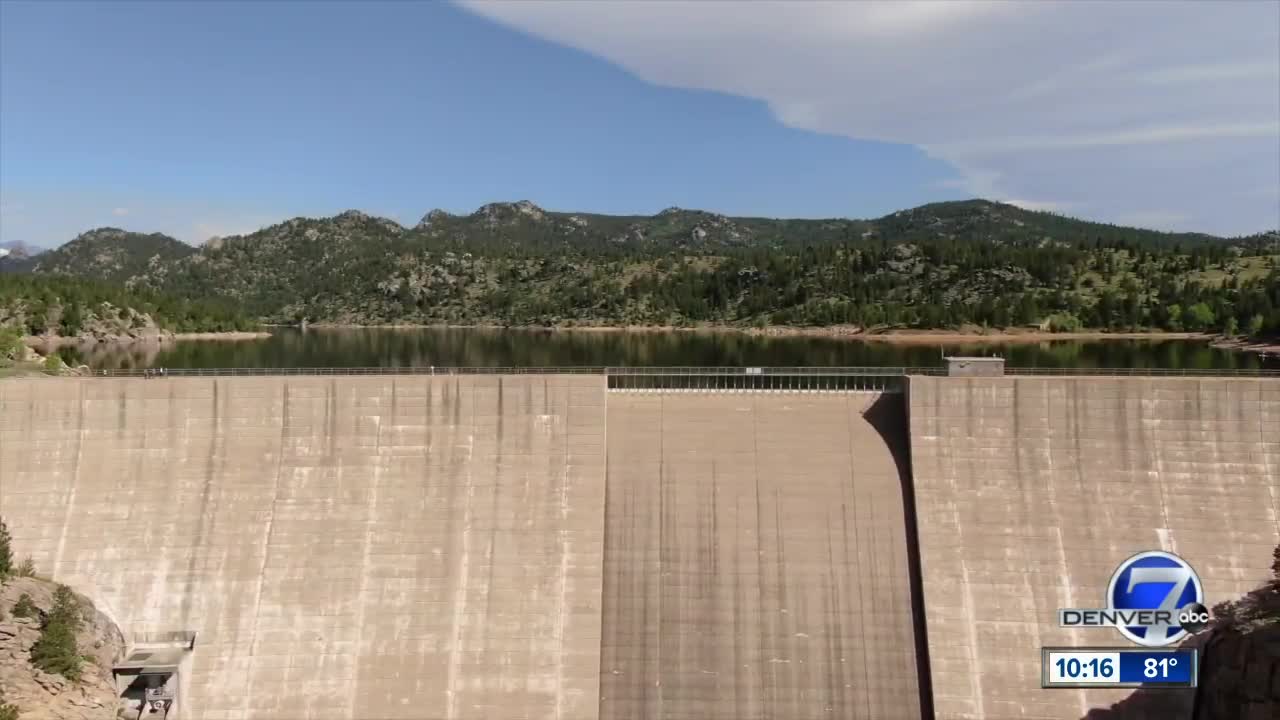 Editor's Note: Denver7 360 stories explore multiple sides of the topics that matter most to Coloradans, bringing in different perspectives so you can make up your own mind about the issues. To comment on this or other 360 stories, email us at 360@TheDenverChannel.com . This story will air on Denver7 News at 10 p.m. See more 360 stories here .

BOULDER COUNTY -- The significant expansion of a reservoir and dam just south of Boulder might be the biggest planned construction project that you’ve never heard of.

The project will raise the Gross Reservoir dam 131 additional feet and provide significant water storage for Denver Water at a cost of $464 million, Denver Water says.

The project will require significant construction over seven years to increase the reservoir’s holding capacity to 119,000 acre-feet of water.

When built, the dam will be the tallest in Colorado.

Denver Water says the additional space is needed to spread out capacity outside of Denver for the water utility used by 1.4 million people in the city and its surrounding suburbs.

The proposed construction project is not without opposition from neighbors and environmentalists who say they will endure years of construction on a water project that will never provide water to their taps.

"Boulder County is going to host this reservoir but gets no water from it. We derive no benefit from it. We only pay the price of having this thing in our county," said Tim Guenthner, who lives just above the dam in a subdivision of about 1,000 people.

Denver7 decided to take a 360 look at this issue and gathered perspectives from five people connected to the proposed construction project.

Neighbors say they are concerned about noise

Neighbors living near the lake worry because they say construction noise and damage to wildlife will occur.

"This area is extremely peaceful," Guenthner said. His house backs up to a tranquil forest where sounds of the city cannot be heard.

"Literally – this place will shake apart," Guenthner said. "The dam is a half-mile away over there.”

Workers must clear thousands of trees and will use giant incinerators to burn them.

Stephen Robinson's perspective is a lot like Guenthner’s. He doesn’t want the noise and worries it will affect other kinds of residents.

"I see deer and all sorts of animals and wildlife. Most of those would be driven out by construction like that," Robinson said.

Neighbors have tried to stop by going to informational meetings and voicing their displeasure.

They have posted signs opposing the project in their driveways and along the county road near the dam.

Gary Wockner's group, Save the Colorado, has sued in federal court to stop the project. He says Denver Water's plan to divert even more water from the Colorado River to expand the lake will deplete the river.

A Colorado State University climate change study in 2017 predicted warming could reduce water flow in the Colorado River by 20% by 2050 and by 40% by the end of 2099.

“Large precipitation increases could counteract the declines that these all-but-certain future temperature increases will cause. But for that to happen, precipitation would have to increase by an average of 8 percent at midcentury and 15 percent by 2100,” the study also showed.

Wockner also questions whether more capacity is actually necessary and points to a tweet from Denver Water CEO Jim Lochhead in 2015 where Lochhead said water usage had dropped 20% while customers have grown by 10%.

CEO Jim Lochhead keynote speech @NWRA_Water. We have reduced water use 20% while customers have grown by 10%. pic.twitter.com/Mynlxrg5fZ

Boulder County Commissioners have also taken a stance that Denver Water must get local permits before it can start the project.

Denver Water spokesman Travis Thompson said Denver Water doesn’t believe the law requires that and points out it has undergone numerous environmental studies and worked through the state permit process. This issue will likely be decided by another judge.

"Well we don't hide from the fact there's going to be some disruption from the noise, but we are looking at ways of minimizing that noise," Martin said.

As an example, Denver Water decided to move the quarry needed to make cement to a portion of the lake that will be covered by water once more capacity is added. The original plan had the quarry on a portion of land jetting out into the lake.

Have an on-site quarry will also mean less truck traffic.

Martin said even with conservation efforts, Denver Water needs more capacity. He said experts have provided the water utility with data showing there will be 5 million more people in Colorado by 2050.

Denver water has 90% of its storage lakes west and south of the metro area, but only has 10% up north. This new dam project will add significantly more water storage north of the city.

"That's important because if we have a catastrophic event or a drought in one of the systems, it leaves us depending on the other system," he said. “What we want to do is create a little bit more balance and put more water in Gross Reservoir. This project is going to triple the size of the reservoir.”

Kirk Klanke is a member of Trout Unlimited, an environmental group seeking to protect and restore rivers across the country.

His perspective is one many wouldn't expect from a member of the environmental group. He's a supporter of the new dam.

"I think it's extremely selfish to think we shouldn't grow," he said.

He says Denver Water has the legal right to build more capacity someplace. Gross Reservoir is the best option.

"Raising an existing dam has far less environmental damage than building a new one somewhere else," Klanke said.

He says Denver Water has agreed to put significant effort into protecting the Colorado River. When it is hot out, river temperatures rise if there's only a little water flowing.

Denver Water has agreed to keep water in the river during those periods and fill the lake during spring runoff. It will also draw water at different places in the river to minimize the impact to one area.

"Historically in Grand County, we've hated Denver Water and they've hated us. I have faith now that Denver Water then and the Denver Water we have now are not the same. I see a culture changing," Klanke said.

Construction could start in 2020 unless legal challenges delay or stop the project.