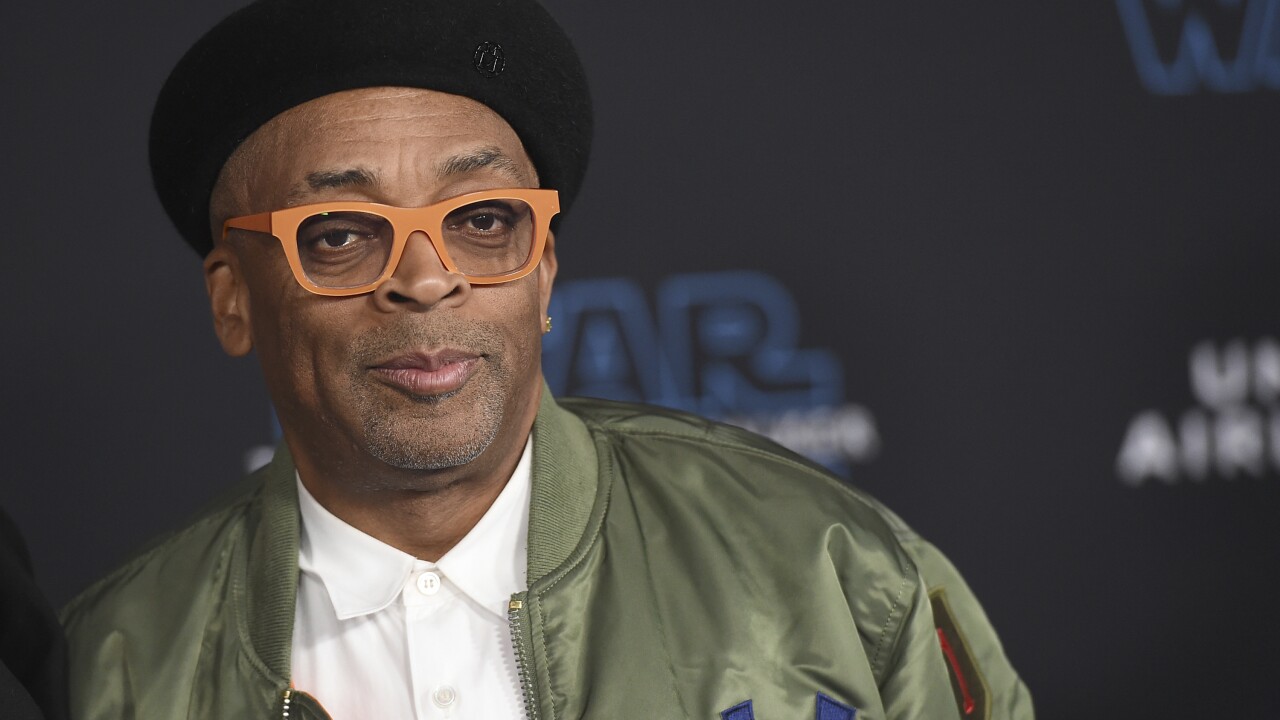 Invision
Jordan Strauss/Jordan Strauss/Invision/AP
FILE - In this Dec. 16, 2019 file photo, director Spike Lee arrives at the world premiere of "Star Wars: The Rise of Skywalker" in Los Angeles. The American Film Institute is offering free rentals of “Do The Right Thing” all week and will host a discussion with Lee of the 1989 film about racism and a neighborhood in turmoil. The AFI says it’s partnering with Universal Pictures to offer the film from Monday through Sunday on Amazon, Apple, Vudu and many other platforms. The Lee discussion will be held Thursday on AFI's YouTube channel. (Jordan Strauss/Invision/AP, File ) 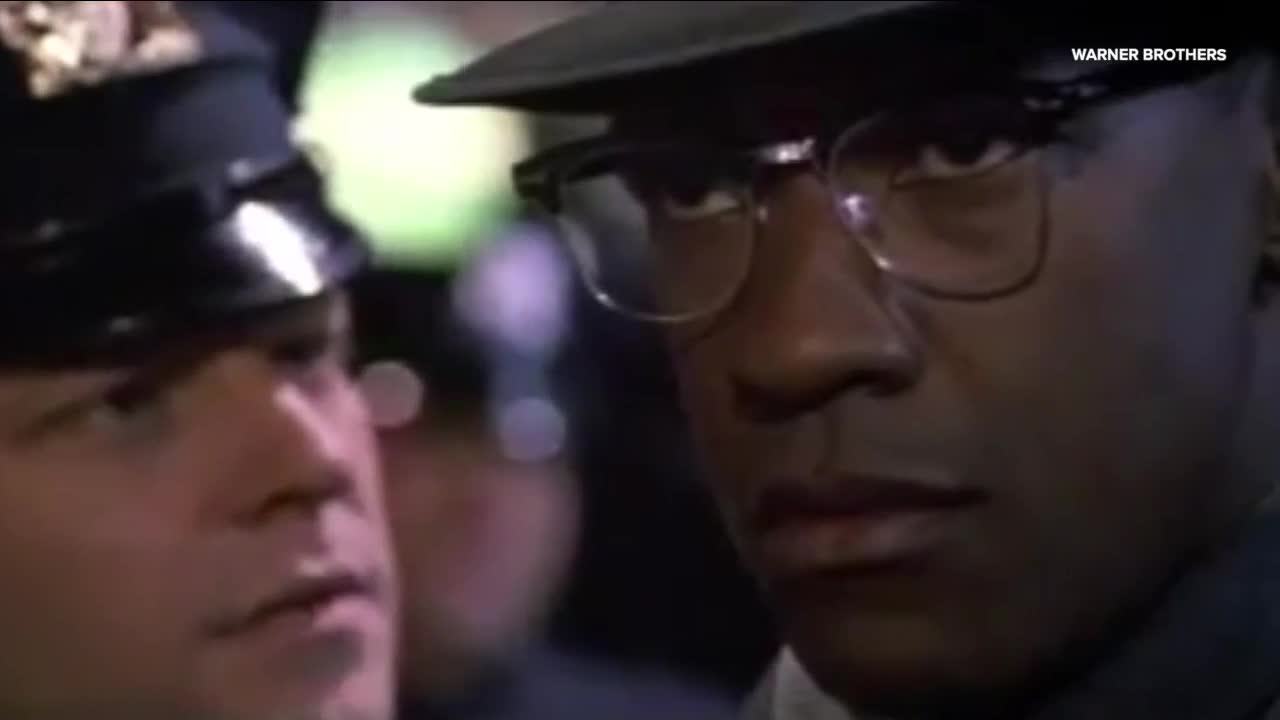 DENVER — In the wake of the latest Black Lives Matter movement, there is perhaps a racial awakening happening in American pop culture. The recognition of a lingering, ugly bias in entertainment, where Black people are still underrepresented and marginalized, starving viewers of authentic Black content.

The hashtag #Hollywood4BlackLives even started trending on social media.

Despite some recent successes of Black-led films and streaming programs, Black content often suffers a doomed fate of lackluster box office success due to smaller budgets and inadequate marketing campaigns.

So we’re going 360 on meaningful and engaging black stories, exploring a lingering racial equity gap in entertainment and how experts suggest the industry could change that.

You know the names and faces of Hollywood A-Listers on the big screen, TV and streaming, but have you ever thought about who you’re not seeing?

“The number of black actors, writers, directors is still pretty limited given the current scope and climate of America,” said Apryl Alexander, associate professor of psychology at the University of Denver. “While there have been many strides, there’s still a long way to go.”

“You often have the sassy black friend in some of these stories,” she said. “Let’s have people who are telling the same stories as the majority group.”

Films like Selma, 13th and A Wrinkle in Time have earned director Ava Duvernay critical acclaim.

“I used to say some of the things I love the most about Spike Lee weren’t just the movies like Do the Right Thing and Malcolm X, but how he hired,” Kennedy said. “Costume designers, production designers, cinematographers. All those things that you actually have to have.”

If you can’t change the institutions — like the studios — Kennedy says you can build others within it.

“And then all of the sudden, people want to start joining your party because your party looks hotter, cooler, more connected and more visionary than the one that you had,” she said.

“They’re not just there as scenery for white story lines,” said Tanya Cook, sociology professor at Community College of Aurora.

That was the case in Ryan Murphy’s Pose on FX.

“He’s making sure he is centering other producers of color, other directors,” Alexander said. “So, when you have Janet Mock, a trans woman of color, directing Pose, you’re going to get that representation. For people who aren’t exposed to that culture or climate, they might have so many myths, stereotypes or beliefs about it just because they didn’t have exposure.”

“He puts a lot of investment into research,” Cook said.

The investment is certainly part of the problem. While many studios say they’re pumping out diverse content, experts say a lot of it still goes straight to DVD.

“It’s absolutely another form of what I would say is structural discrimination,” Cook said.

Jordan Peele, director and writer of comedy and horror genres like Get Out, is one who has managed to buck the trend of straight to DVD.

And at the network level - Shonda Rhimes has helped transform ABC and Denver7’s primetime programming, starting with Grey’s Anatomy, then How to get Away with Murder, Scandal and others.

Rhimes was even named one of Time magazine’s 100 people Who Help Shape the World.

“I think we’ve seen television and streaming do a lot better than big screen,” Kennedy said. “Lots of people who are hip love streaming because there’s so much interesting, edgy stuff on it.”

But critics say reality shows like ABC’s The Bachelor and The Bachelorette are still missing the mark. Only after 24 seasons have producers finally announced a black bachelor.

“They’re having their ‘come to Jesus’ moment,” Kennedy said. “Where they’re like – ‘Oh my God, we are terrible when it comes to race.’ A black bachelor now? That’s really working hard to make a fast food restaurant into gourmet dining or something.”

The comics and animated films have been ahead of the game, with Black Panther and Spiderman: Into the Spider Verse.

“You have this afro-Latino kid and the core message of it was anyone can wear a mask, so anyone can be a superhero,” Alexander said.

In Disney’s Frozen, there has been much debate about Elsa’s sexuality, which still seems to be a mystery after two films.

“Whether Elsa is non-straight or is asexual or is just happy being on her own, that should be represented,” Cook said. “We need that kind of representation.”

And while Broadway shows like Hamilton are a hit, Apryl Alexander says the diverse cast doesn’t discount the fact that it’s still a story about a white man.

“Why are we having a diverse cast around a story that does marginalize African-American communities?” Alexander said.

Most experts agree – we’re now in an interesting place with the Black Lives Matter movement, where Black lives could potentially, really, truly matter in Hollywood.

“It’s a kind of paradigm shift,” Kennedy said. “But we’ve been in interesting places before. And then they drop off. I think that’s part of the anxiety.”