As states call for people to wear cloth masks, some love the idea others are hesitant 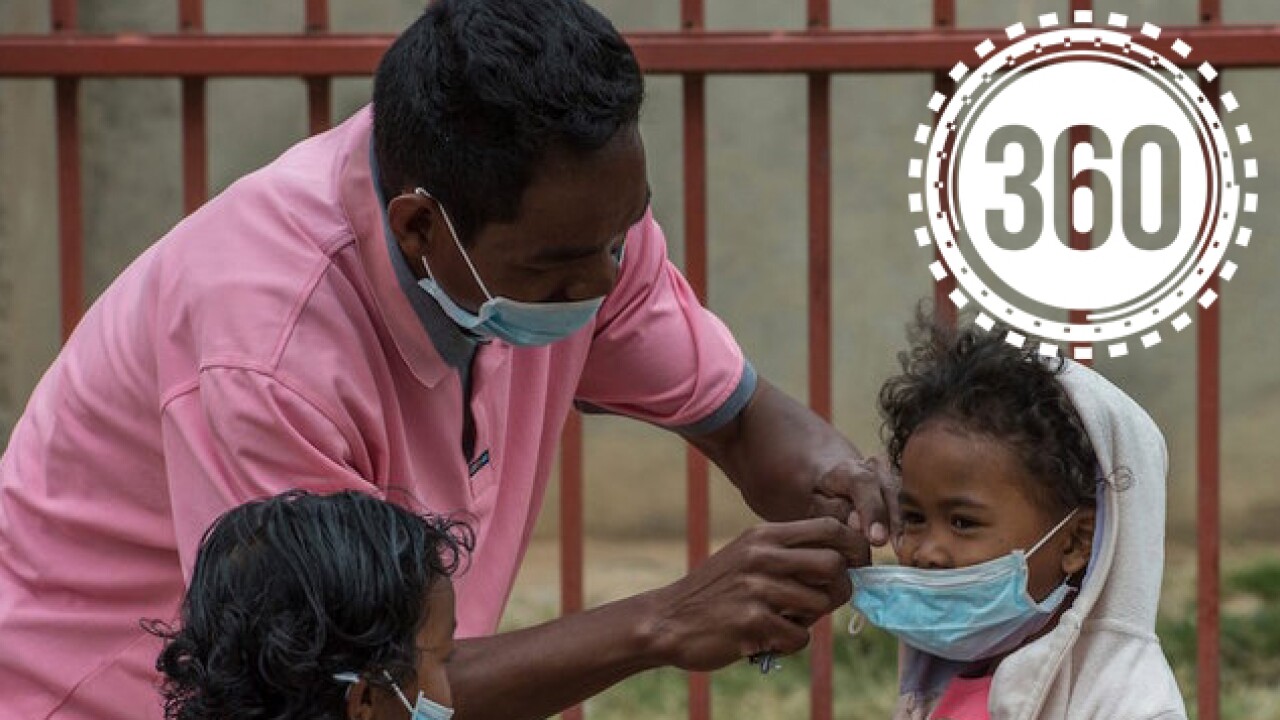 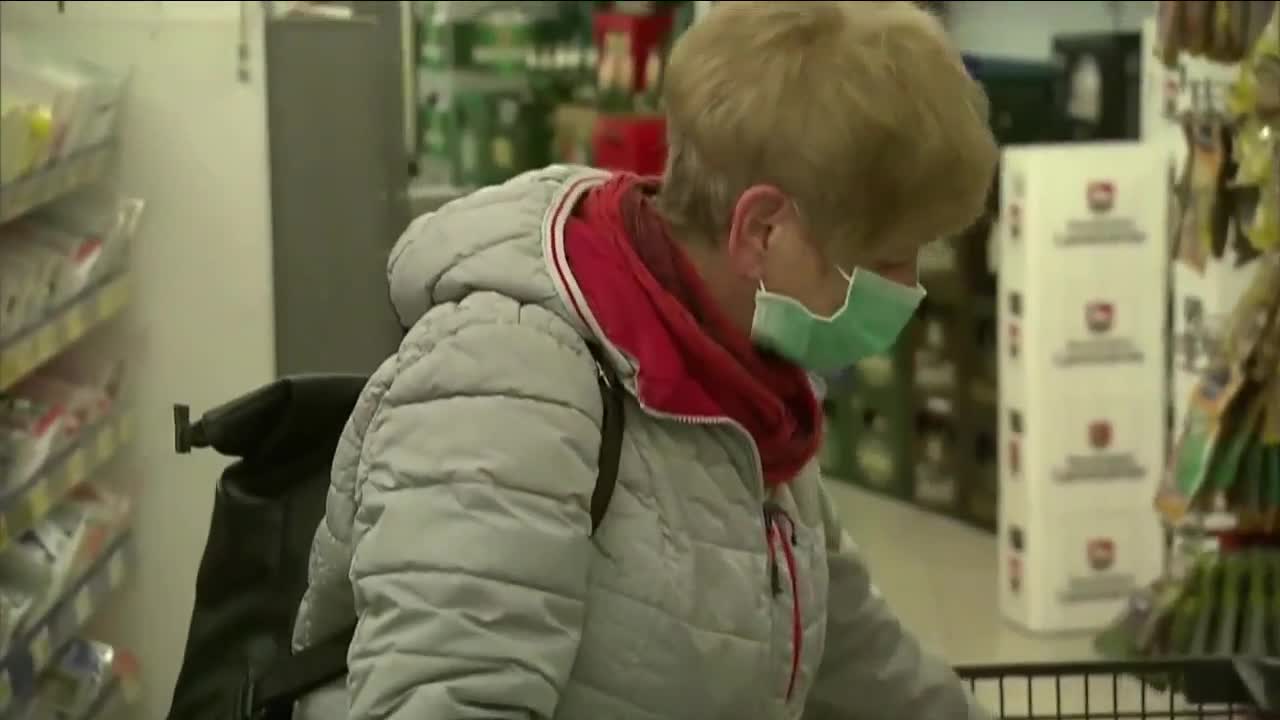 DENVER -- As states work to contain COVID-19, millions of Americans are now wearing masks any time they are in public.

Some are choosing to wear the masks to the grocery store only while others are wearing them whenever they leave the house, including to go on walks.

The evidence that cloth masks help limit the spread of the coronavirus is limited; however, states like Colorado are calling on everyone to wear these masks in public.

Denver7 went 360 to get multiple perspectives on the idea of wearing cloth masks in public.

At first, the Centers for Disease Control and Prevention warned against the idea of wearing masks. In a tweet, the Surgeon General in February told people to stop buying masks, warning that they are not effective in preventing people from catching the novel coronavirus.

“We don’t routinely recommend the use of face masks by the public to prevent respiratory illness and certainly are not recommending that at this time for this new virus,” said Dr. Nancy Messonnier, the director of the Center for the National Center for Immunization and Respiratory Diseases, in a January 30 CDC telebriefing.

By April, however, the CDC had changed its tune, instead encouraging people to make and wear the cloth masks.

Despite the new recommendations, President Trump has gone back and forth on the idea of wearing a mask himself.

“It’s voluntary, you don’t have to do it. They suggest it for a period of time, but this is voluntary. I don’t think I’m going to be doing it,” the president said during a news conference on April 3.

Then, on April 5, when a White House reporter pressed the President on the issue and said First Lady Melania Trump was promoting the idea of wearing masks, the President said, “I would wear one if I thought it was important.”

“Having that as part of our culture here in Colorado and in the United States of America is really important in reducing the spread of the virus,” Gov. Polis said.

Instead of making the move mandatory or encouraging people to shame those who are not wearing masks in public, however, the Governor said he’d like to make wearing masks cool.

The governor encouraged people to post pictures of themselves online showing off the masks they created. Two weeks later, he announced a mask design contest to continue to encourage people to cover their faces.

The Colorado Department of Public Health and Environment (CDPHE) said it is still trying to understand how effective the cloth masks really are, but it is taking cues from other countries that have already experienced the COVID-19 pandemic.

“We know that in other areas where they have adopted a mask culture, they have seen a reduced transmission and really, at this point, we want everybody to do everything they can to stop the spread of this illness,” said CDPHE incident commander Scott Bookman. “It’s just another tool in the toolbox to help us get there.”

The idea behind the masks is not to prevent the person who is covering their face from contracting the coronavirus, but to protect others around them. Bookman said many of the carriers of the virus are asymptomatic and don’t know that they are spreading the virus to others.

Along with social distancing, the masks act as another barrier between people.

“It is going to take some time to get used to this, without a doubt. It is a change in our culture. It’s a change in how we interact with people. But what we know is that this is an illness that is spread by droplets and really, the mask is here to stop the droplets from coming out and landing on you or landing on surfaces,” Bookman said.

So, for now governor Polis and the CDPHE are encouraging everyone to wear masks while in public until the new virus is contained.

While some communities and states are encouraging people to wear masks voluntarily, others are starting to require everyone to wear masks.

In New York, one of the hardest hit areas of the COVID-19 pandemic in the U.S., Governor Andrew Cuomo announced Wednesday that he was issuing an executive order to require everyone to wear masks.

In Colorado, the city of Glenwood Springs as well as Routt County have issued orders requiring people to wear masks in public.

“We made the very difficult decision to impose these requirements upon folks when they’re in public in a business or another area where they would be congregating,” said Tim Corrigan, a Routt County Commissioner.

Under the order, people who are not wearing masks in public could face up to $5,000 in fines or 18 months in jail. The executive order also required all employees to wear masks and for businesses to come up with mitigation measures to limit the spread of the virus.

The executive order lasts 30 days but Corrigan said it could be extended depending on how well COVID-19 is contained in the county.

The decision was not popular with everyone; a number of people have reached out to the commissioners saying that they believe the executive order is a violation of their civil liberties and that the government should not be able to force people to wear masks.

However, Corrigan stands by the decision and hopes that the move will help the county return to normal more quickly.

“I look at it as an obligation to the other members of society that we all do this to protect each other,” he said. “We feel very strongly here in Routt County that if we can get our arms around this sooner rather than later, it will give us the opportunity to go back to some semblance of normalcy.”

However, Corrigan admitted that the county’s ability to enforce the executive order is very limited and said that, for now, they are relying on voluntary compliance.

Even while promoting the idea of people wearing masks in public, health officials are admonishing people not to buy surgical masks or N95 respirators so that medical professionals can have access to the supplies they need.

The overall effectiveness of the cloth masks is still unknown.

“Of all of the CDC recommendations, this is probably the least evidence-supported, so it’s kind of controversial in the scientific world,” said Scott Harpin, an associate professor at the college of nursing for the University of Colorado.

While he supports the push for people to cover their faces, there could be downfalls.

First, the masks might create a false sense of security for people, causing them to no longer follow the six-foot social distancing guidelines.

Since people have started wearing masks, Harpin said he has noticed some people feeling more comfortable getting closer to one another. He’s reminding people that covering your face is meant to happen in addition to physical distancing as an added level of protection.

“The social distancing recommendations that we have had for the past three to four weeks are the best ones, those are the most tried-and -tested ideas, the most scientifically-backed,” he said.

Another possible downfall with wearing masks is that people could be touching their faces more often to put on and take off the masks or to adjust them.

“Adjusting it or touching your face almost increases the risk of potential transmission on oneself and even taking the mask off and not doing it carefully by removing and bringing it away could potentially introduce pathogens,” Harpin said.

Creating a tight-fitting mask that doesn’t fall down easily is one way to prevent the wearer from constantly having to put their hands near their face to adjust it. Practicing removing the mask from the straps is also important.

In the end though, Harpin said he doesn’t think there’s anything wrong with encouraging people to wear masks, so long as people are following the other CDC recommendations of social distancing, washing their hands regularly and not touching their face.

While many Americans have embraced the idea of covering their faces in public, some minorities are worried about being profiled.

“As a black man, I was a little bit like, 'I don’t know if this is something I want to partake in,'” said Tay Anderson, a board member with Denver Public Schools.

After Governor Polis asked all Coloradans to start wearing masks, Anderson posted a picture of himself on Twitter with a bright yellow mask on. In red lettering across the front of the mask were the words, “Don’t shoot.”

“Elijah McClain happened in Colorado. He had a mask on because of health issues and he was still murdered,” Anderson said. “This is the reality for black and brown people in this country and a lot of us are still not comfortable with wearing these cloth masks yet.”

Despite the fear of being profiled, Anderson has started wearing masks out in public for the safety of others but also to set a good example for his students.

Most of the masks Anderson wears have bright colors or patterns. He still doesn’t feel comfortable wearing blue or red bandannas to cover his face since he believes it could cause profiling.

Once the immediate fear of COVID-19 is over, he wants people to start having a series of conversations about the racial profiling that still exists in many communities.

“I hope that we are able to take a step back after this pandemic and re-evaluate who we are as a people and who we are as Americans,” Anderson said. “I want people to really understand that I’m not trying to cause trouble, I’m just trying to live.”

All around the world, masks have played an important role in different cultures over the centuries, from religious traditions to celebrations or special ceremonies.

With the spread of COVID-19, millions of Americans are now adjusting to the new normal of covering their face. Governor Polis hopes Coloradans can incorporate masks into our own culture.

Even after the pandemic is over, Americans might still be encouraged to wear face masks until a cure for the coronavirus is discovered or a preventative vaccine is created.

Masks are not the answer for everything and the evidence on their effectiveness is limited. However, if the call to wear cloth masks proves one thing, it’s that cities and states are willing to try just about anything to get a handle on the coronavirus pandemic.