As Pitkin County plans to up enforcement of its ATV ban, residents and owners have mixed feelings 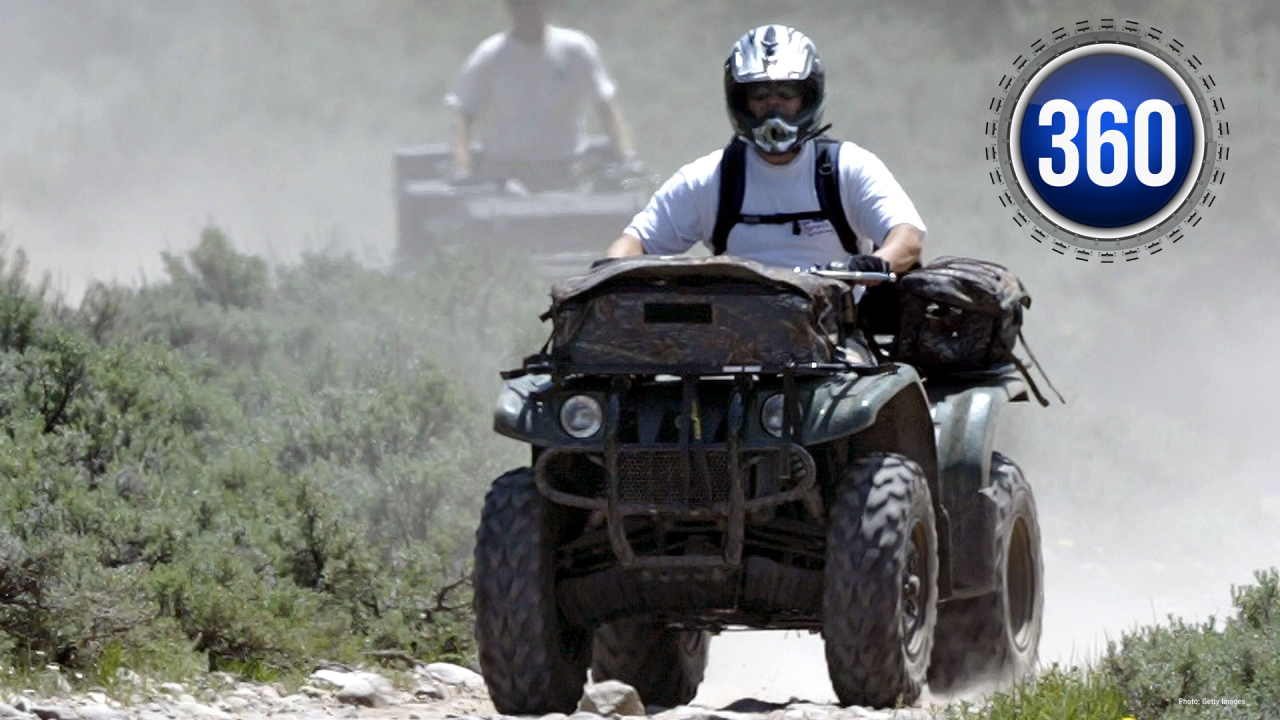 Copyright Getty Images. All Rights Reserved.
George Frey/Getty Images
This summer in Aspen, you’ll still see the typical hikers, bikers and horseback riders. But one thing you’ll likely see far less of is unlicensed, off-road ATVs and OHVs, as the county works to more strictly-enforce its ban on such vehicles. 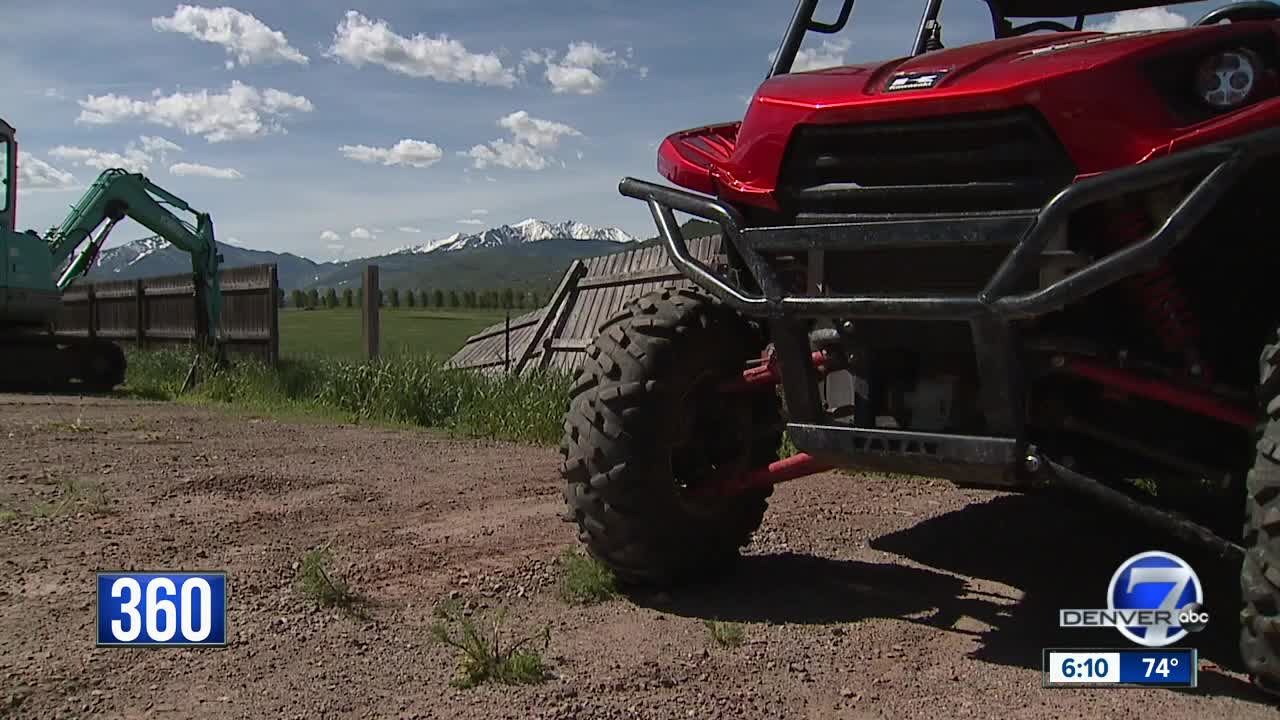 Editor's Note: Denver7 360 stories explore multiple sides of the topics that matter most to Coloradans, bringing in different perspectives so you can make up your own mind about the issues. To comment on this or other 360 stories, email us at 360@TheDenverChannel.com. This story will air on Denver7 News at 6 p.m. See more 360 stories here.

The county began to re-enforce the long-standing ban on such vehicles last year but generally worked to educate OHV users on the rules – opting not to fine someone typically until a third violation.

But this summer, county officials say they plan to enforce the ban more strictly and start imposing fines – and possible jail time.

Most county leaders say it’s a simple issue and that people can take their vehicles to the many other parts of the state where they are allowed. Some area residents and business owners say the government is cutting into their fun and bottom lines, while others say a strictly-enforced set of rules are necessary for protecting one of Colorado’s outdoor Meccas.

From Pitkin County’s perspective, the ban is about protecting the solitude and beauty of Aspen Mountain – which is used for many different things by many different people.

Pitkin County Public Works Director Brian Pettet said that the advancing technology of ATVs and OHVs played a part in the decision – as four-wheelers turn into side-by-side four-wheel drive buggies.

“Pitkin County decided to deal with it because really the change in technology. The side-by-sides are able to go further and faster,” Pettet said.

He said that the back side of Aspen Mountain has become the main point of conflict. Last year, he put up signs designating some of the roads as being for highway-legal vehicles only. But through the summer, many were vandalized. This year, the signs are back up with cameras watching them.

Pettet says the tickets run around $250 for a violation but could run up to $500 and six months in jail according to Forest Service rules.

He says the decision was “polarizing” for the Pitkin County community, but county commissioners asked residents about the ban and 60% supported it in order to preserve the area and its resources and beauty.

“We’re not trying to restrict freedoms. We’re trying to preserve a resource which is very valuable,” Poschman said.

“The message is there are other places in Colorado where they can operate legally, and we encourage them to go there,” Pettet said.

Longtime resident Karinjo Devore is part of that faction that supports the ban.

“A couple of years ago, it all of a sudden became out of control,” she told Denver7, saying the ATV motorists would be constantly going down the road by her house near Aspen Mountain before the ban was enforced.

She says the environmental disruptions led her to support the stricter enforcement.

“From our own point of view, it was totally noisy – constant noise and dust,” she said.

She believes the environmental damage some of the vehicles and their users cause is greater than the benefit they bring to the mountain.

Matt Fautsko has lived in the area for 40 years and is an avid ATV rider.

“As an avid outdoorsman and hunter I use my ATVs for hunting and to access backcountry areas,” he said. “More and more closures are happening and it’s kind of a shame.”

He says the ban restricts access for residents and the ability for contractors, farmers and ranchers to move around between properties. He also feels that the county did not receive everyone’s input.

“Make the right decision and hear everybody’s voice before you make a complete closure,” he said.

Kevin Byford, one of the co-owners of Aspen Bike Rentals, says the ban hit them hardest.

“At the time it was pretty shocking for us,” Byford said. It was, you know, a large part of our revenue – probably 50% of our revenue.”

Howard Vagneur, who owns Western Adventures Inc., has been renting ATVs and side-by-sides to eager tourists for more than two decades. He says the restrictions have also cut down on his business.

“They keep saying it’s a multiple-use area, but they keep getting rid of the multiple uses,” Vagneur said.

He says one of the unseen effects of the ban is the effects it has had on people with disabilities who want to the chance to enjoy the Aspen outdoors.

“Handicapped people – if they want to ride an ATV – they’re really limited as to where they can go,” he said.

He also believes mountain bikes and dirt bikes – which are still OK to ride since they are licensed – do just as much damage as the ATVs.

“They think everybody should walk or ride a bicycle, but you’re getting into bicycles now that have electric motors, and they do just as much damage as the motorcycles,” he said.

Byford’s Aspen Bike Rentals has now switched mostly to electric-assist bikes, acknowledging the reality of the laws and seeing the other side of the debate. But he says he still wishes the rule hadn’t been put in place.

“Would we like to keep on doing it Yes, we would,” he said. “At the same, you’re putting a lot of inexperienced people back there.”