As Colorado property assessments continue to rise, homeowners and realtors say appeals can be remedy Copyright 2019 Scripps Media, Inc. All rights reserved. This material may not be published, broadcast, rewritten, or redistributed.
Denver7
If you’re among the thousands of Colorado homeowners who received your property assessments this month, you might be scratching your head, shaking it, or about to lose it altogether. 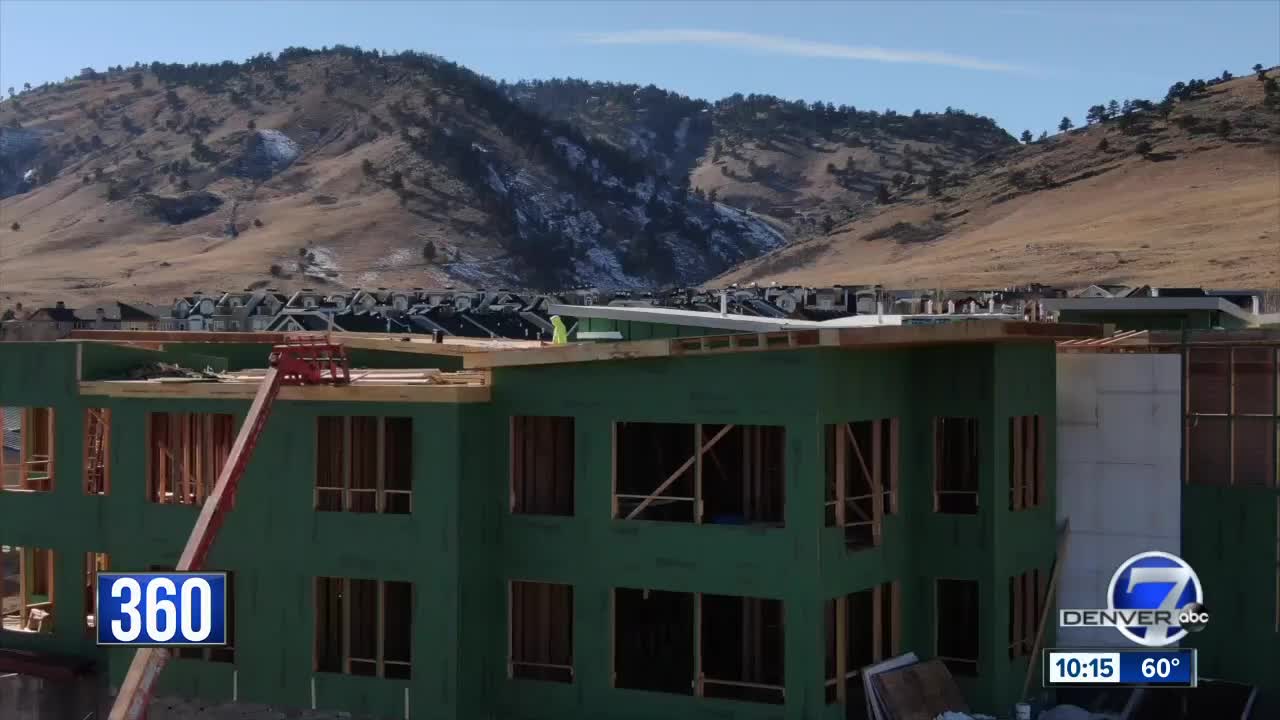 DENVER – If you’re among the thousands of Colorado homeowners who received your property assessments this month, you might be scratching your head, shaking it, or about to lose it altogether.

The red-hot real estate market is fueling huge value increases in our state, so we’re taking a look at the good, the bad and the ugly, including how assessments work and what you can do to change yours.

Some metro-area residents have seen their property tax assessments rise by hundreds of thousands of dollars – which is on the high end of things. Other homeowners are seeing more modest value increases.

Home values in Denver, for example, are up about 11.7% from April 2018 to April 2019, which create a hardship when it comes to property tax payments.

RE/MAX real estate agent Lori Abbey says the good news is - if your assessment has increased, both you and your home are worth more.

Homeowner Ryan Robertson was happy to see the increased valuation.

“If you already live here and already own a home, then it’s nice,” he said.

Fort Collins real estate agent Kurt Faulkner says that those unhappy with their valuations can fight their assessments – something he recommends. He says homeowners should call their realtor, who can pull comps and other documents to help their case, something that is often done free of charge.

“Call your realtor. Have them run some comps for you,” he said. “The county would like to see at least six sales that would justify your position on pricing.”

Abbey agreed, saying that in many cases, it’s worth fighting because homeowners are successful in appealing more than one might think.

Denver Assessor Keith Erffmeyer said that about half of the appeals are changed in one way or another. For Denver residents, people have until June 3 to appeal their assessments online, by mail, or in-person.

Erffmeyer says it's important to note, property owners often confuse property taxes and assessments. You can 'protest' your assessment, but not your taxes.

But, your assessment can increase your taxes, because if your home is worth more, you are taxed on the price at which it's valued.

Debra Ray of Highlands Ranch fought her assessment two years ago, initially receiving push-back from Douglas County. But, she won in arbitration.

“They ended up finding in our favor. The county had to refund our fees for fighting it,” she said.

She believes counties bank on the fact that most people won’t put up a fight.

“I think - if you have a good case - you have a reasonable chance of winning in arbitration,” she said.

“Commercial taxes are almost three times what they are residentially for the same value of the property,” he said.

Hau said he had one client whose assessment went up more than $300,000 in a year. He says businesses should also appeal if they feel they have a case.

One upside to the increased valuations and tax payments is that higher assessments can be a huge boost for cash-strapped school districts because the money can be allocated directly to them.

But, for those of you feeling like the increases will never end, appealing could be a good option for lowering your assessed value, thus lowering how much you pay in property taxes.

“I would say fight it," Ray said. "Because they’re just counting on people to be too busy and distracted."