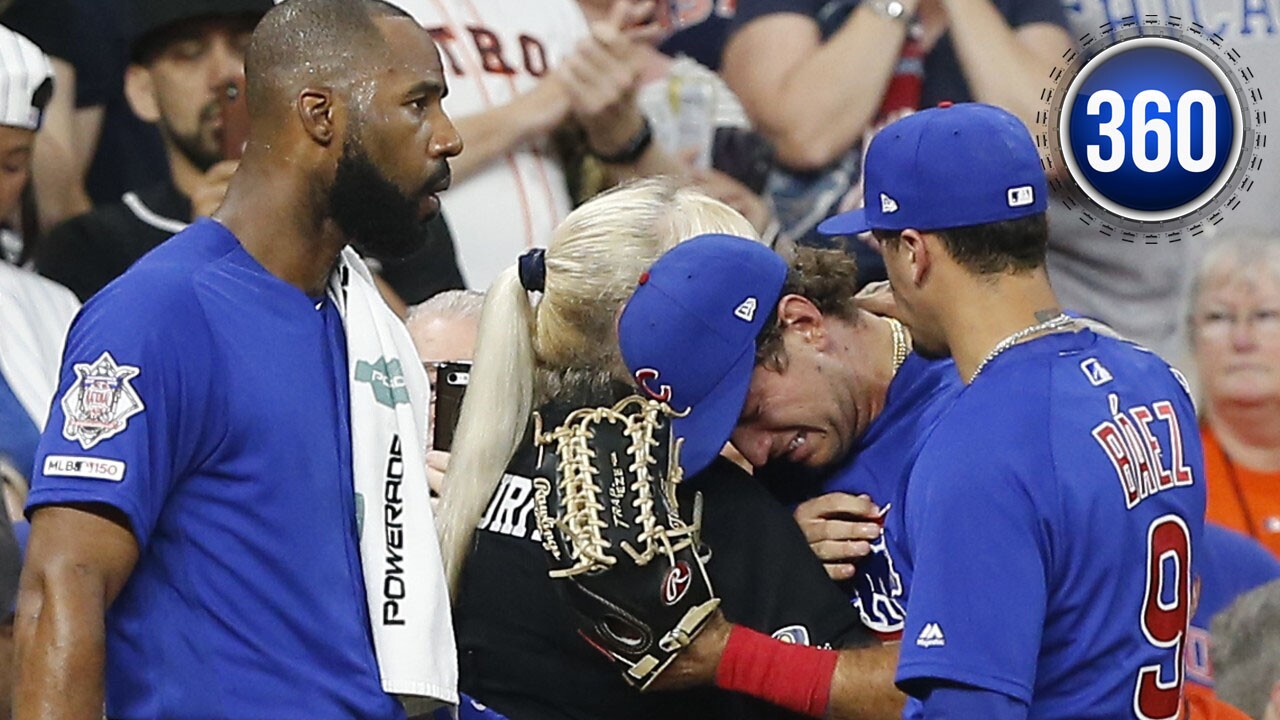 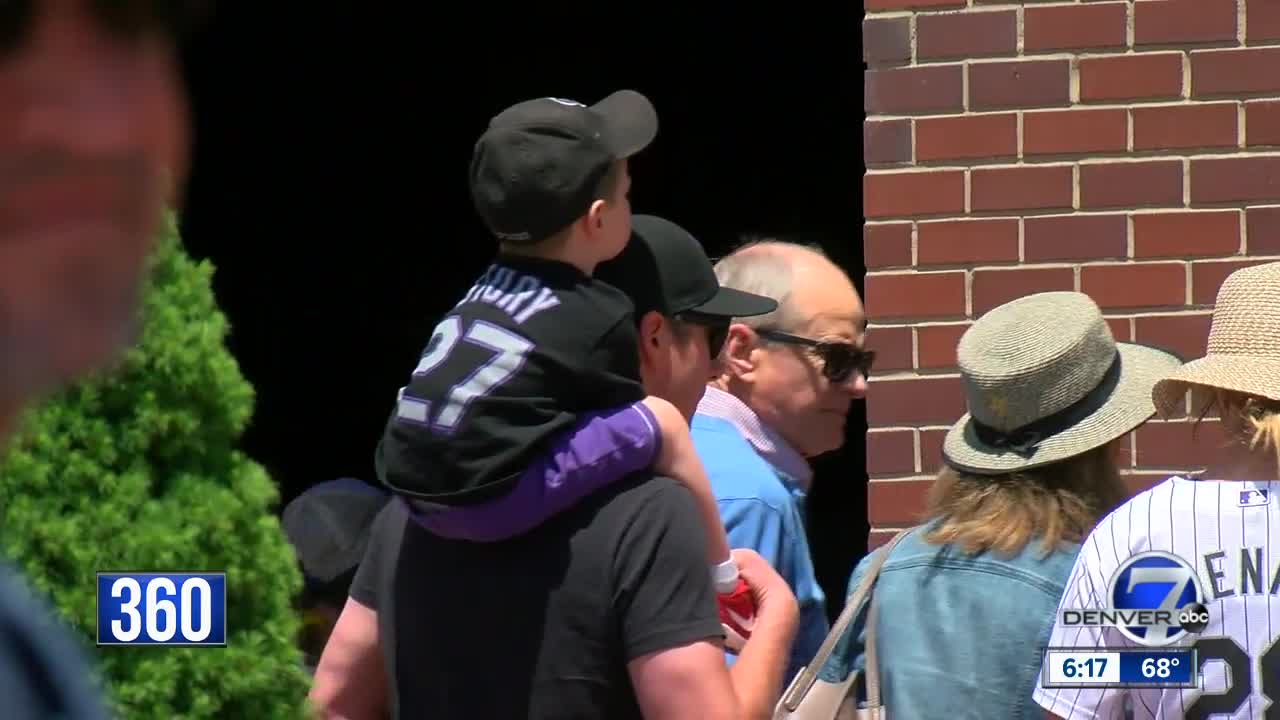 DENVER -- A little girl was injured after being hit by a foul ball during a Cubs game Wednesday night. The ball, which was hit by Cubs outfielder Albert Almora Jr., flew into the crowd sitting along the third-base at the Astros’ Minute Maid Park.

The girl was taken to the hospital. A distraught Almora Jr. spoke to reporters afterward and said he’s praying for the little girl and hopes to meet her.

However, the accident has some fans wondering whether more should be done to protect people who attend the game.

The dangers of a foul ball

Every season, fans at baseball parks across the country are injured by either a foul ball or a bat. Last year, a Rockies fan was severely injured after being hit in face by a baseball.

For more than a century, Major League Baseball and case law have followed the so-called “Baseball Rule,” which, in most cases, immunizes professional teams and stadiums from lawsuits in the event that a fan is injured. The rule dates back to several court rulings in the 1900’s.

On the back of MLB tickets, there is a section called Waiver and Release of Liability, which states fans who are injured cannot hold the team accountable.

“By use of this ticket and attendance at this game Holder acknowledges and assumes all risks and dangers incidental to the game, attendance at the game, and the sport of baseball, whether occurring before, during, or after the game,” the ticket reads. “By attending this event, holder is deemed to have give a full release of liability to the release parties.”

That acknowledgment is also printed on signs next to the ticketing windows around Coors Field.

According to a 2018 law review out of Indiana University, nearly 1,750 fans are hurt during any given season.

“Fans attending MLB games today are sitting more than 20% closer to the field than they were when the legal doctrine was first established,” the paper reads.

The co-authors, Nathaniel Grow and Zachary Flagel, argued in the law review that it might be time to revisit the legal precedent for the Baseball Rule.

“The time has come for courts to dispense with the Baseball Rule, and instead hold professional teams strictly liable for their fans’ injuries, forcing teams to fully internalize the cost of the accidents their games produce,” the paper reads.

Some fans outside of Coors Field Thursday said they would like to see more netting added along the field to keep the people sitting closest to the field safe.

“The safety of my grandkids is paramount,” said longtime Rockies fan Bob Shelble.

He used to work with the Rockies several years ago, but was attending Thursday’s game with two of his granddaughters and says it’s up to him to stay alert and keep them safe during games.

However, Shelble said he wouldn’t be opposed to netting running all the way through the first and third baselines.

“I would be in support of additional netting, yes. When you see that little kid hit with a baseball in the face, it's just horrible,” he said.

For Katelyn Laurio, part of the burden falls on fans to keep themselves safe.

“You’ve got a watch the game, right, you’ve got to pay attention,” Laurio said.

Laurio, who was attending Thursday’s game with a group of fellow teachers, says she too would prefer the added safety measures for fans.

“If a little girl got hurt, maybe it should go a little farther and we should put a little bit more effort and energy into making (the field) more protected,” she said.

Meanwhile, Renee Valdez, who also used to work for the Rockies, says the netting should be extended higher, not longer.

“I think they need to be further up because (the balls) can go over and they can hit people,” Valdez said. “It’s dangerous.”

The argument against additional netting

For Tim Amerson, safety starts before his family enters the ballpark. Amerson says he purposely chooses seats that are behind the netting to protect his wife and two young daughters.

“We know the risks when we’re going to a baseball game,” he said.

However, Amerson says there are risks with everything and he doesn’t believe more netting is necessary at ballparks.

“Behind home plate it’s definitely necessary, but all the way down, I don’t think so,” he said.

One of the reasons some fans don’t want additional netting to be added to the fields is because they like catching foul balls.

He believes it’s all part of the experience and adding additional netting might change that.

Another reason some spectators don’t want more netting is because they say it could obstruct their view.

“People don’t want their view being taken away from them,” said Rockies fan Troy Cope. “They’re paying a lot of money for those seats so they can get close.”

If more netting is eventually added to MLB ballparks, Teo Montoya is worried the safety precautions will keep going.

“To what extent are you going to be doing stuff like that, and to what cost?” he asked.

Both Montoya and Cope say they trust that MLB is doing its best to protect people and are happy with the changes that have already been made.

Over the years, MLB has made several safety changes to its stadiums in an effort to promote safety.

In 2015, for example, the league recommended for the netting behind the home plate to be extended out to right past the dugouts.

However, many of the stadiums didn’t expand their netting until right before the 2018 season, when MLB announced it would be a requirement.

In the wake of Wednesday night’s incident with the little girl at the Houston stadium, MLB sent out a statement saying it is continually looking to improve safety.

“The events at last night’s game were extremely upsetting. We send our best wishes to the child and family involved. Clubs have significantly expanded netting and their inventory of protected seats in recent years. With last night’s event in mind, we will continue our efforts on this important issue,” the statement read.

While many of the baseball lovers couldn’t agree on whether more netting is needed, all of them agreed that going to a baseball game should be a fun experience and that fans should feel safe.

For now, there’s always a certain amount of risk fans take when they attend a baseball game, no matter where they sit.