Town of Fraser asks resident to take down signs from home 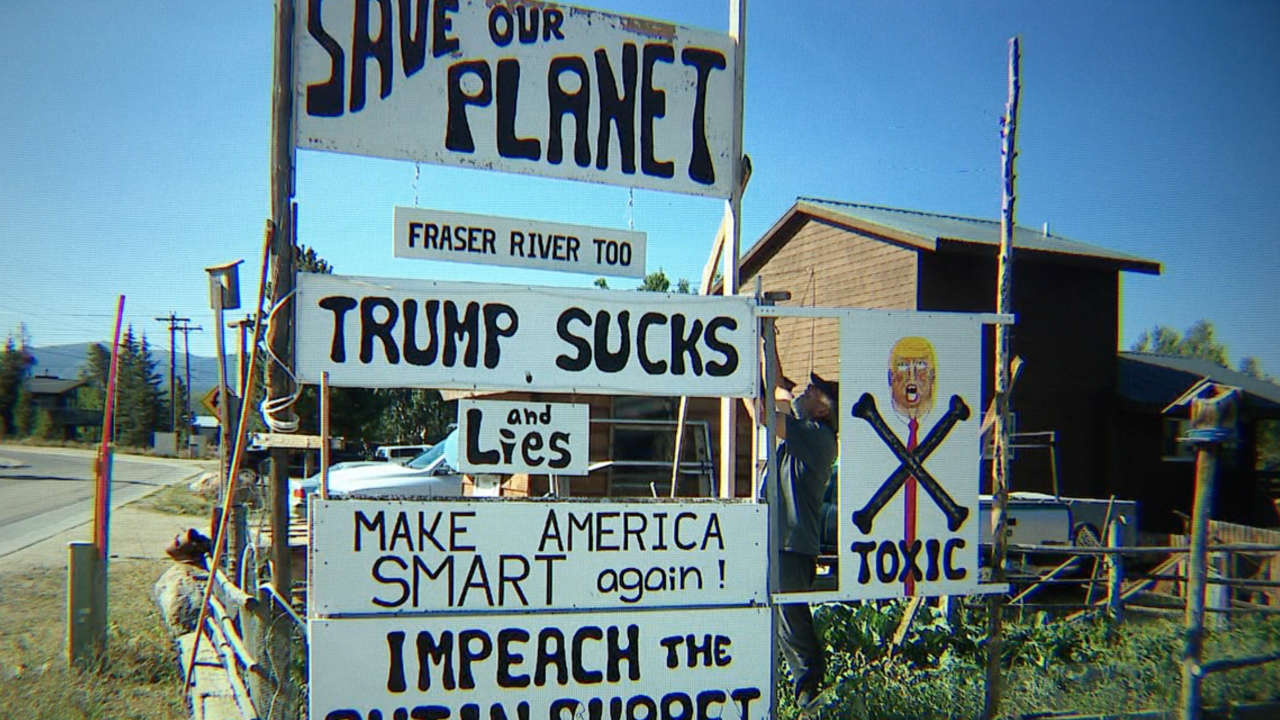 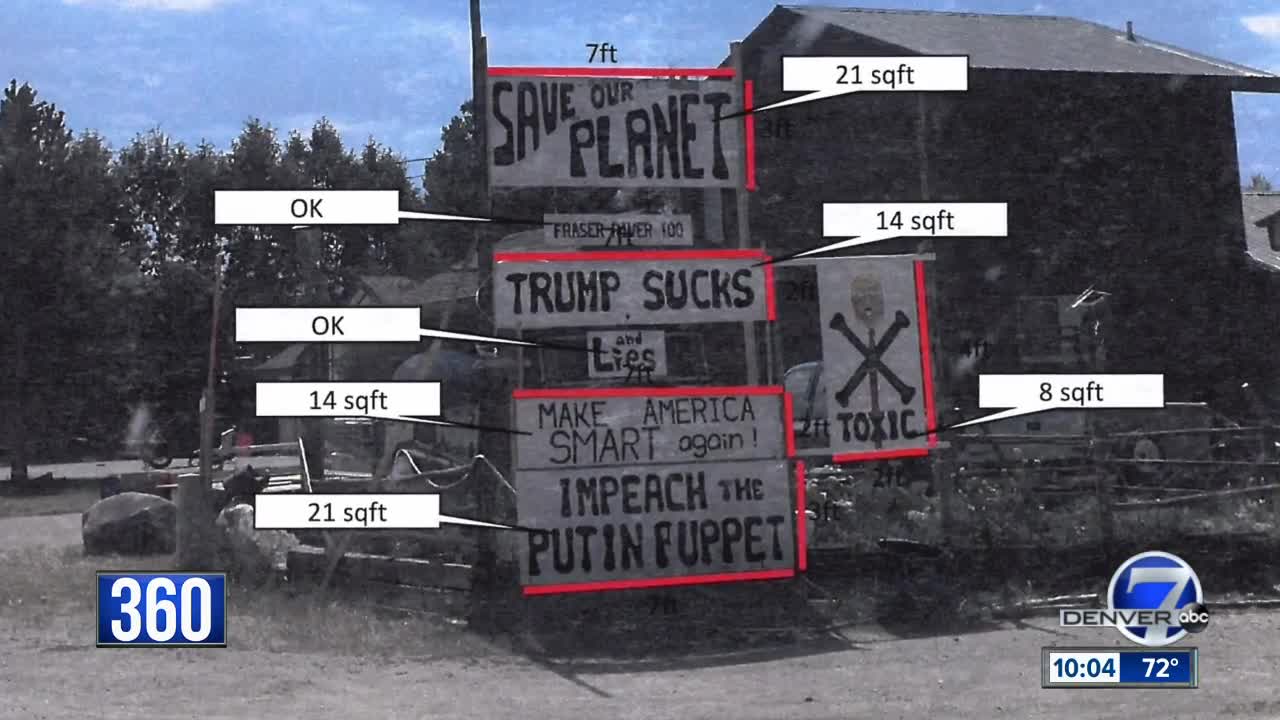 FRASER, Colo. -- A home in the Town of Fraser has become the center of attention after the owners were asked by the town to take their anti-Trump signs down because they didn’t comply with the code.

The ACLU has since gotten involved and says the town violated the First Amendment rights of the owner.

ACLU director Mark Silverstein says his clients had no problems for more than a year. That was until the town manager sent them an letter asking them to remove the signs.

"After the election of 2016 our clients began putting signs in their yard that expressed their displeasure with President Trump, expressed their views about the need to do something about global warming," Silverstein said.

Additionally, he said his clients went back to the town manager after they were asked to take the signs down and showed them renderings of others they would like to hang. Still, they were denied.

The town says they are only enforcing the code.

Although the town manager chose to not go on camera, he provided letters that were sent to the owner.

The first one says the owner can only have one yard sign not exceeding 6 square feet.

In a subsequent letter, the town manager signed off on letting the owner keep one of the Trump signs that still hangs on the shed.

The Town of Fraser says they are currently reviewing the lawsuit.