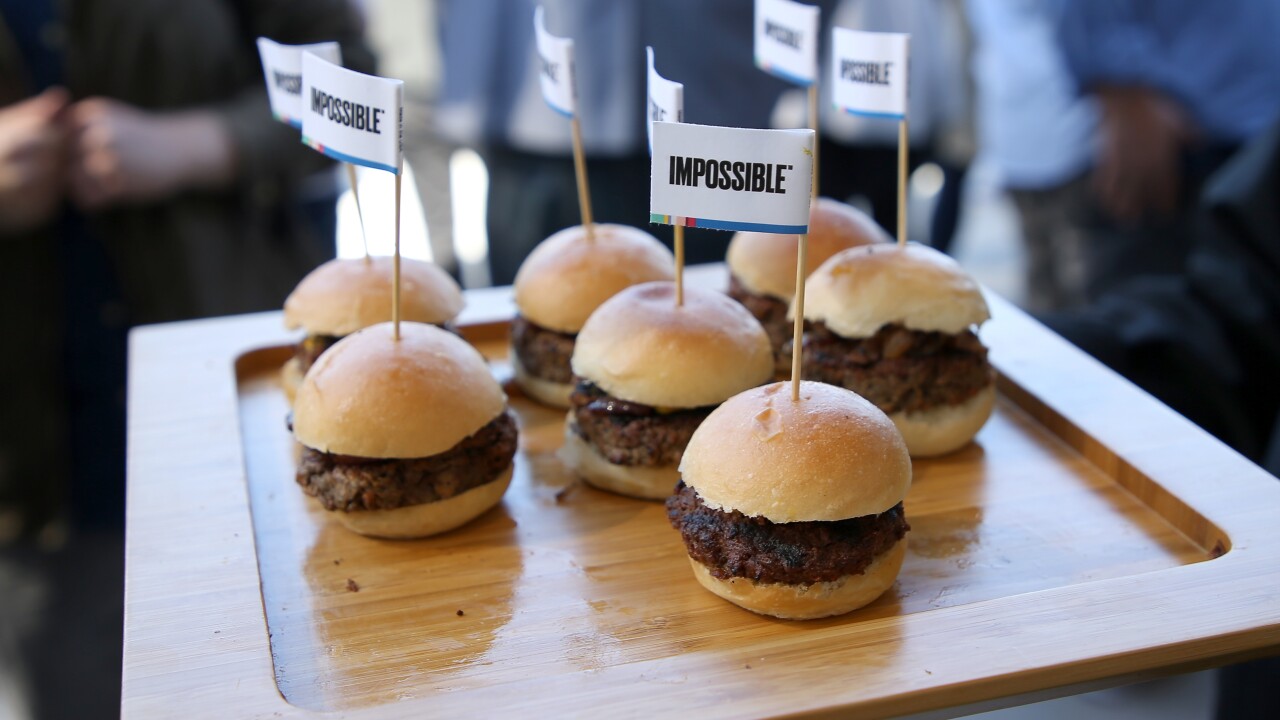 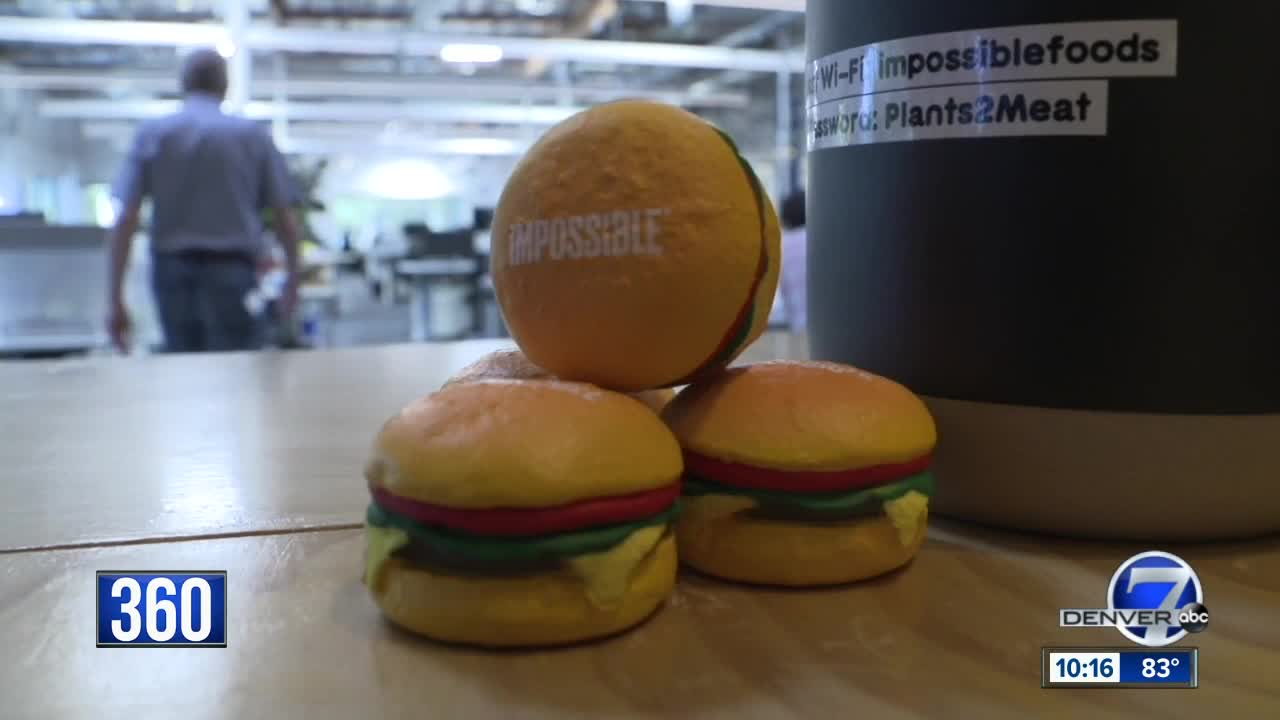 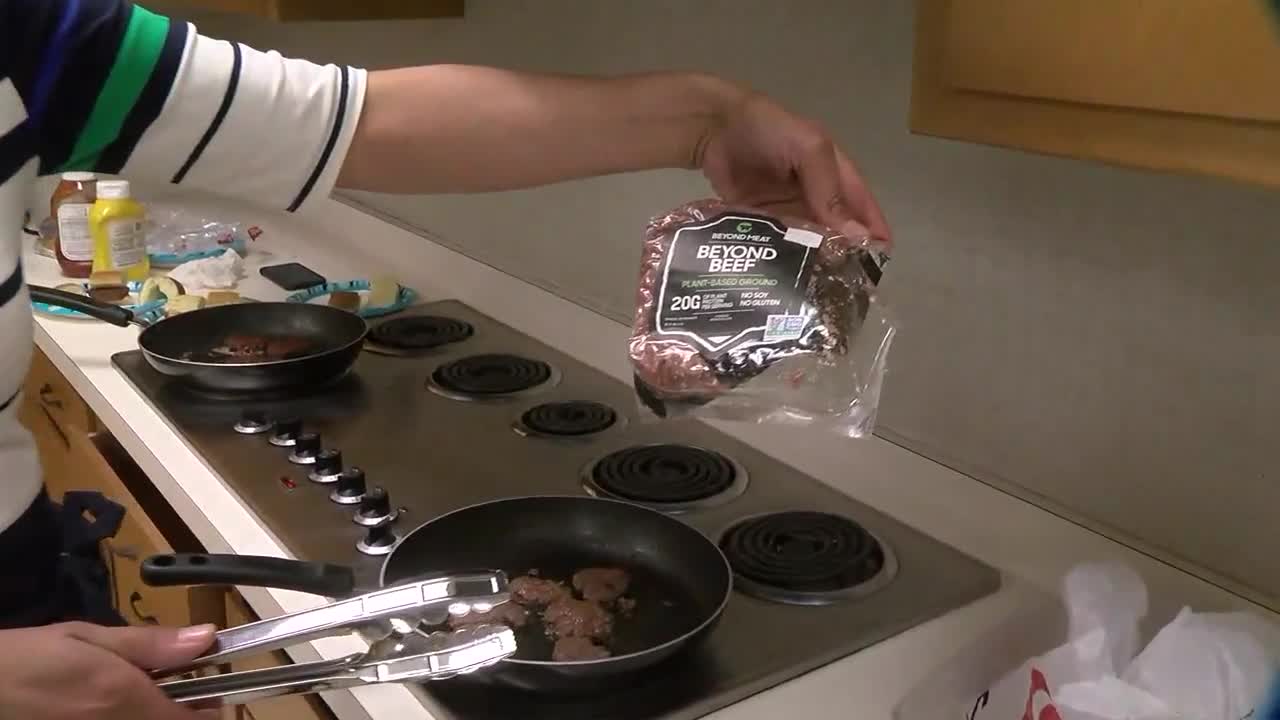 DENVER — In Denver restaurants, the word “Impossible” is popping up on more menus. You can order an Impossible bowl at Qdoba or Impossible burgers at Red Robin.

It’s all made possible by the newest thing in food science: genetically engineered plant-based proteins. At the Impossible Foods Inc. lab in California, the company is out to revolutionize the way people eat by creating plant-based substitutes for meat and dairy products.

“The company’s entire goal is to eliminate the need for animals in agriculture by 2035," said Rachel Konrad, a spokesperson for Impossible Foods. "We really believe this is an urgent problem.”

The "meat" they create, which is called "Impossible meat,” is made of soy and potato proteins, along with heme, which is a molecule found in both animals and plants and makes meat taste like... well, meat. Impossible Foods engineered a version of heme by growing it in yeast.

“This is truly the first plant-based burger that actually satisfies the hardcore meat lover,” said Konrad.

But will those people actually ditch the beef for a plant-based burger or two?

She said Americans are consuming about two ounces of beef daily on average, which is in line with USDA dietary recommendations.

According to a 2018 Gallup Poll, less than 10 percent of Americans consider themselves vegetarians. Many of them do miss meat.

“I was a huge carnivore," said Dylan Wilkerson. "I ate steak all the time. It was something I loved and I craved.”

She has been a vegan for about a year.

She and many other vegans said they welcome meat-like substitutes.

“It’s awesome that they can make that taste like meat but you’re not hurting animals anymore,” Wilkerson said.

Impossible Foods is now in more than 9,000 restaurants nationwide, including popular chains like Qdoba, Burger King and Red Robin. The company plans to start rolling out their product in grocery stores later this year. Their main competitor, Beyond Meat, declined to speak to Denver7 for this story. Their pea-protein based product is available in grocery stores, as well as some restaurant chains like Del Taco and BurgerFi.