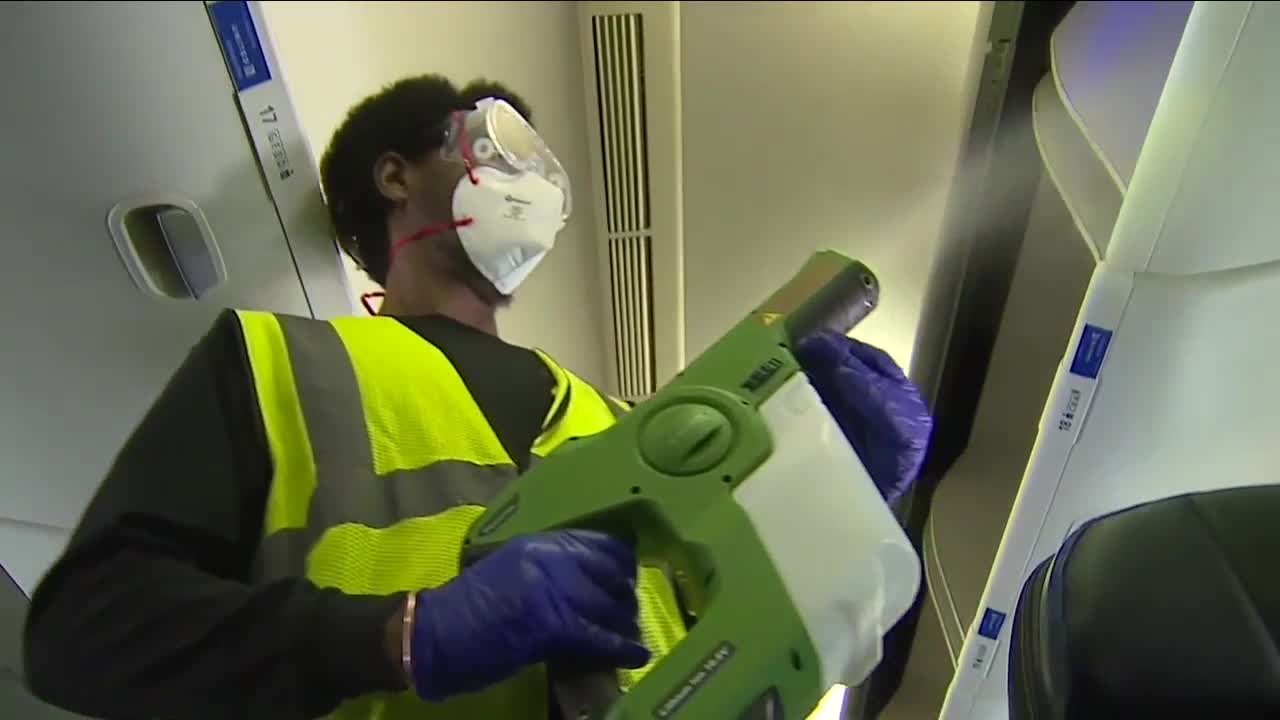 We all enjoy our vacations. It's a chance to get away and explore places we wouldn't otherwise get the chance to see. But COVID-19 has either put a damper on those travel plans and drastically changed how we get there. 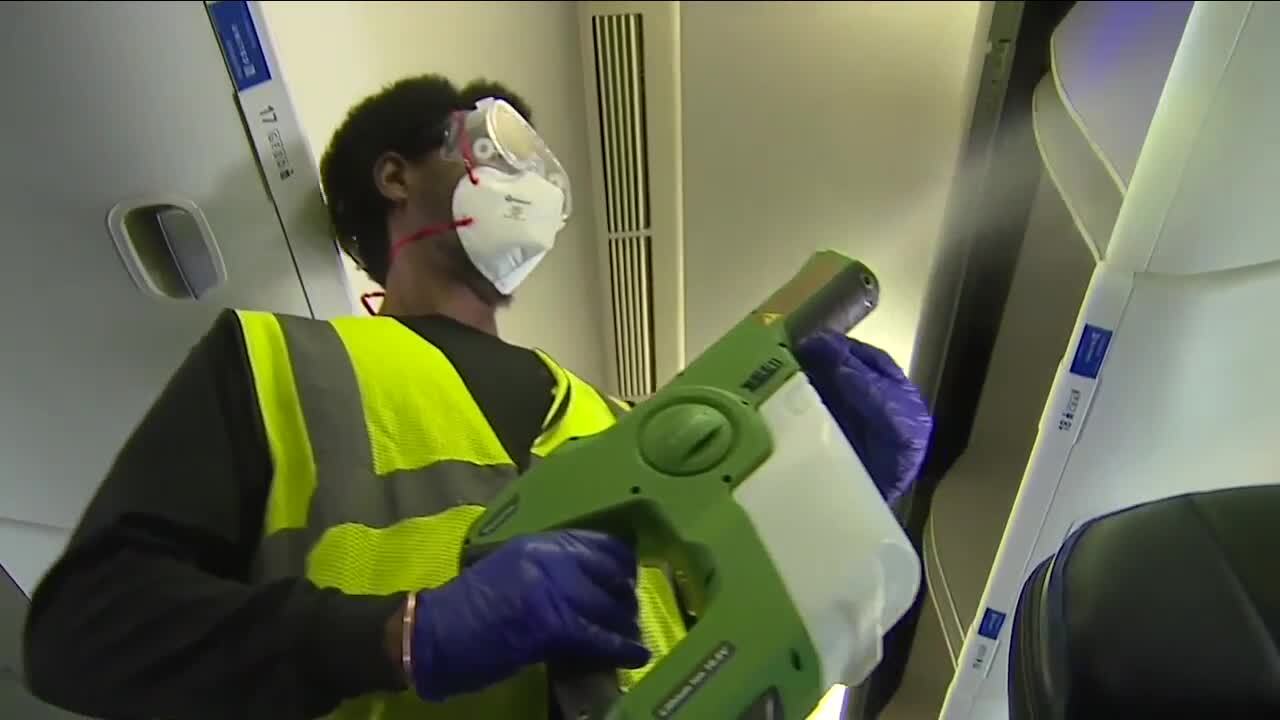 DENVER -- We all enjoy our vacations — it's a chance to get away and explore places we wouldn't otherwise get the chance to see. But COVID-19 has either put a damper on those travel plans or drastically changed how we get there.

If you have flown, you've seen what the airlines are doing to make passengers feel comfortable, like mask requirements, modified food service, altered seating, and change fee eliminations to name a few. But how long will these changes fly?

“We're going to continue to do this as long as needed, because until there is a vaccine and widespread use of that vaccine through the entire population, this will be a way of life for us,” United Denver VP of Operations Matt Miller said.

Denver International Airport CEO Kim Day said planes and airports have never been as clean or safe as they are these days.

But flight numbers are down significantly and airports are relatively empty compared to years prior.

“We’re down to about 40%, so we’re seeing a steady growth come back up," Day said. "We are seeing growth faster than the rest of the airports in the United States, so we’re very pleased to see that happen."

A year from now, DIA will have a different look.

“Things like the Great Hall, like the gate expansion, the upgrading of the concourses — we’re moving all of that as fast as possible because with less passengers we can be more efficient in doing construction,” Day said.

DIA is creating new apps for passengers, especially vulnerable ones, to reserve times in security lines or the train.

They're keeping an eye on the number of passengers expected in the future too.

It's not clear when other countries will let Americans in, but it's not hurting DIA here as less than 5% of travel is international.

“Lufthansa, Edelweiss, and Icelander have all reached out to us and said, 'As soon as we can, we are going to restart those flights,'” Day said.

While many inside the airline industry are doing what they can, airline experts know there's a short-term struggle.

We've already seen some of that with announced layoffs.

“What will the holidays be? Less flights, less opportunities for those that wish to fly higher prices,” Valencia-Miller said.

The industry is dealing with safety and economic issues as big as 9/11 and 2008 recession combined.

“If you extrapolate the past to get the future to get to pre-COVID levels, we’re looking at potentially at least three to four years,” he said.

While that's a conservative view, it could be worse.

“Pessimistic view is five to 10 years and when we get back to what it looks like in 2019,” Valencia-Miller said.

The biggest impact is the decrease in business travel, but that ripples out to affect many more industries, especially hotels and resorts wanting to rebound.

“We’ve been working all summer on this," said Vail Resorts Communications Director Ryan Huff. These are new times for us and we believe these are the right protocols to keep people safe."

“You’ll likely see a seal on the room, but like we used to see a seal sometimes in the toilet when they clean the toilet, just to let you know that people of been in there and have cleaned it,” she said.

These protocols will be in place for a while, but even the experts are trying to read the tea leaves.

“The honest answer right now as everything is up in the air. So every possibility is still on the table,” Florio said.

So a lot is still possible, but Florio remains hopeful.

“We’re gonna be optimistic that next year you can actually spend your summer on the Mediterranean in Italy if that’s what you normally do. It’s also gonna be a good opportunity to really plan what you want to do next year and really figure out what matters,” Florio said.

More road trips are still likely for those who feel most comfortable doing that. At the end of the day it's about safety, what is being done to protect you, and if you feel safe traveling.