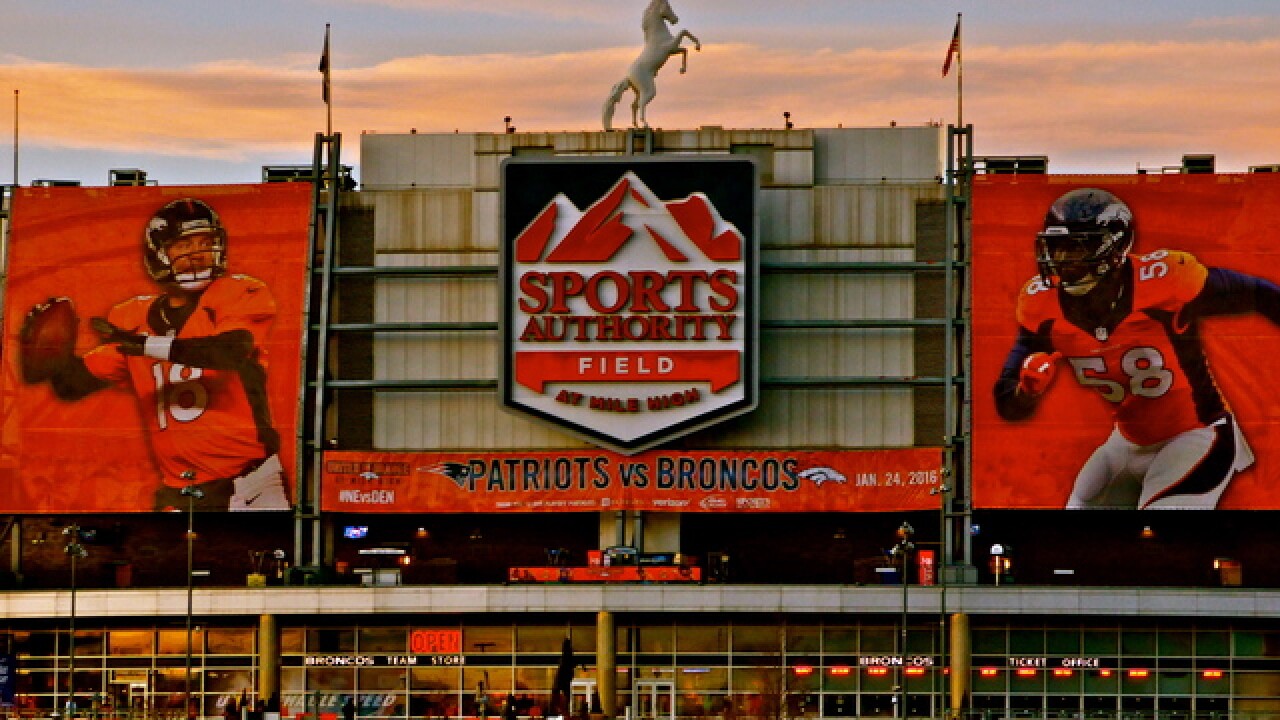 Sports Authority is pushing ahead with a bid to sell the naming rights to the Denver Broncos' stadium.

The company asked a bankruptcy judge on Tuesday for permission to hire Massachusetts-based Hilco Streambank to help it sell the naming rights as well its brands, customer data and patents. It would be paid on commission -- 2 percent for proceeds up to $10 million and 3 percent on anything above that.

An announcement of the deal says bids are due June 23.

The Broncos and the officials appointed to run the taxpayer-built stadium say they want out of the sponsorship deal because Sports Authority hasn't paid $2.1 million in quarterly payments this year. They've also said they have the right to review and veto any deal to transfer the naming rights.