A team of mechanical engineers from the University of Colorado Denver working on the future of transportation.

No, it's not a flying car. It's a pod for a Hyperloop.

The Hyperloop, as envisioned by Elon Musk, is a low-pressure tube designed to transport people from Los Angeles to San Francisco in under an hour.

Solar panels on top of the tubes will make the Hyperloop 100 percent self-sufficient.

"The goal of our project is to help make this concept a reality," the team from CU Denver posted on Kickstarter. 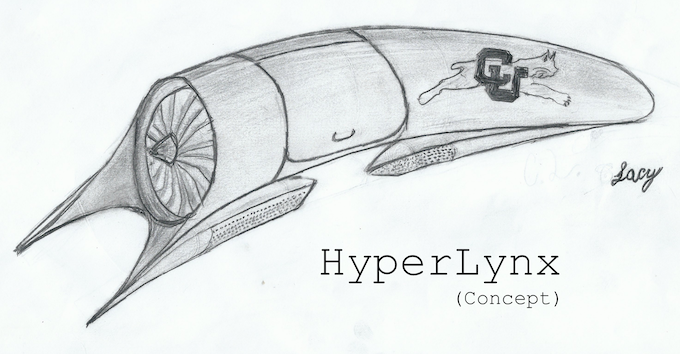 The pod will be designed and built at the university and tested at the Hyperloop competition, sponsored by SpaceX, in June 2016.

Wheels will guide the pod until it reaches 100 mph and then air bearings will push compressed air through tiny holes – similar to an air hockey table – to levitate the pod for almost frictionless movement.

Solar energy will charge plates along the inside the tube, creating a controllable impulse in sections of the tube. That electric current is converted to a mechanical force to propel the pod at over 700 mph, according to designers.

The bobsled-shaped pod will have an aluminum skeleton and an outer shell molded out of carbon fiber or fiberglass.

The team from CU Denver is hoping to raise $40,000 though its Kickstarter campaign.