New ancient relative may be a missing link 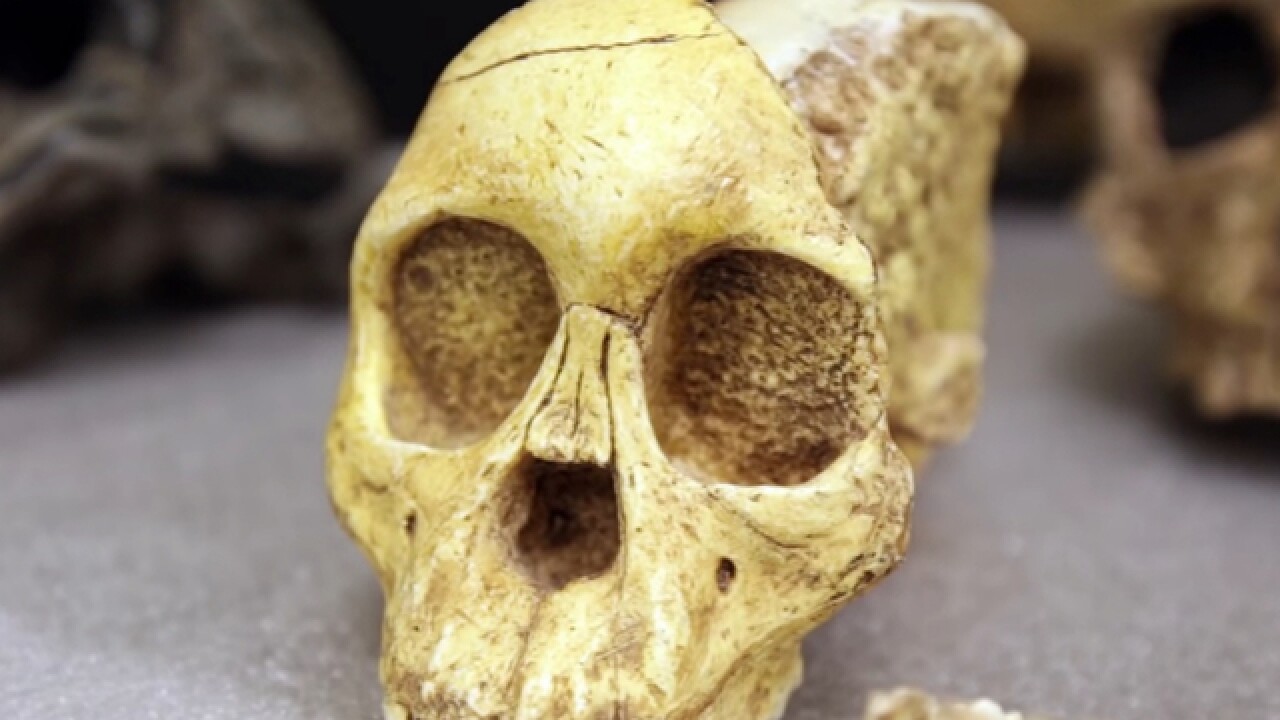 The discovery of a new species of early humans is being called an archeological "jackpot."

An international team of researchers found more than 1,500 bones - making it the largest fossil hominin find on the African continent, according to an announcement released by the University of Colorado Denver and CU Anschutz Thursday.

The species could be a "missing link" between Australopithecus and Homo erectus - but the exact age of the species is unknown.

Researchers say one of the most intriguing aspects of the discovery is that the bodies appear to have been deposited in the cave intentionally.

Scientists have long believed that this sort of ritualized behavior was limited to humans.

The remains belonged to 15 individuals and some of the skeletons were completely intact.

"The oldest adults were about 45 and the youngest were infants," researchers said.

"They are very petite and have the brain size of chimpanzees," said CU Denver Associate Professor of Anthropology Charles Musiba, PhD.

"They would have had great climbing ability," said Musiba.

"The hand has human-like features for manipulation of objects," said Caley Orr, PhD, with the University of Colorado School of Medicine.

Getting inside the Dinaledi chamber of the remote cave system was no simple task.

Six 'underground astronauts,' squeezed through a 7-inch wide gap to reach the remains.

The remains recovered so far may be just the tip of the archeological iceberg.

"There are potentially hundreds if not thousands of remains of H. naledi still down there," said Lee Berger, a National Geographic Explorer-in-Residence.

Musiba described poring over the bones late at night as akin to "hitting the jackpot."

"You just didn’t want to go home because it was so exciting," he said. "I felt like a kid in a candy store."

The October issue of National Geographic magazine will feature the discovery as its cover story.

It will also be the subject of a NOVA/National Geographic Special airing Sept. 16.

"...it is possible that this new species of small-brained, early Homo represents an intermediate between Australopithecus and Homo erectus?" the study asks.

"This raises many questions," Musiba said. "Did they co-exist with modern humans? Did they interbreed?"