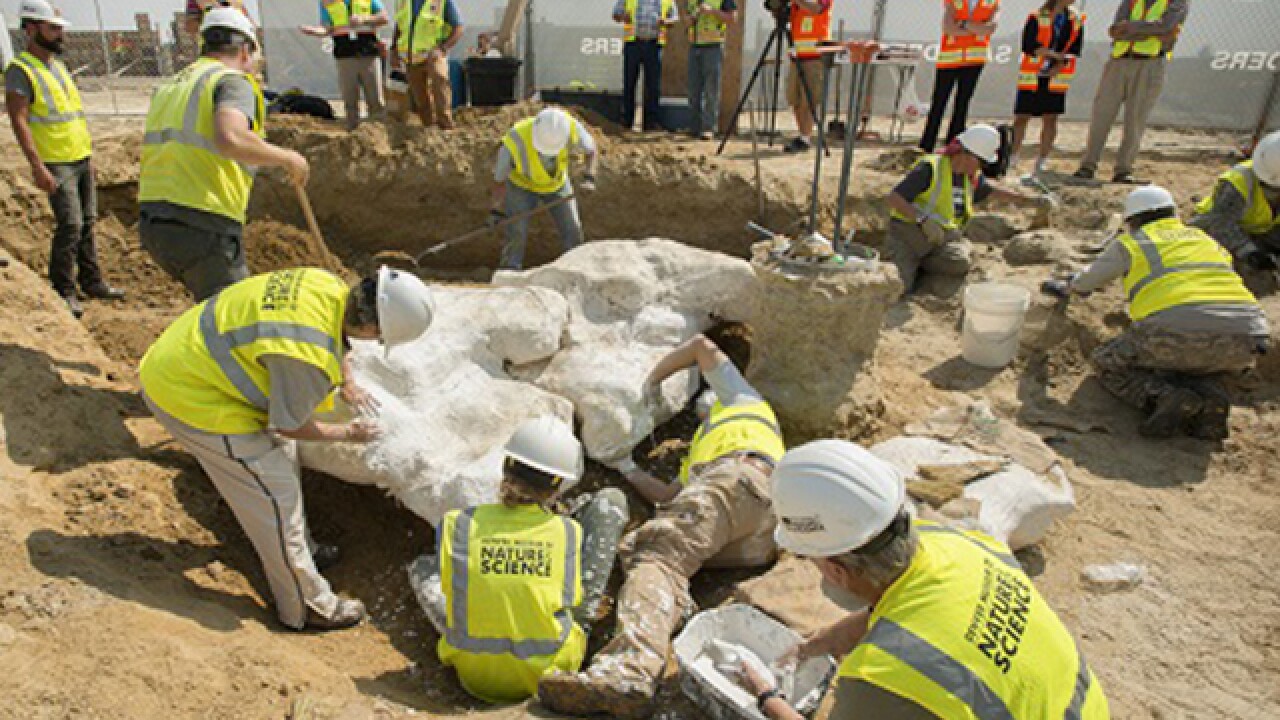 Copyright 2017 Scripps Media, Inc. All rights reserved. This material may not be published, broadcast, rewritten, or redistributed.
Richard Wicker
<p>Triceratops in Thorton</p>

DENVER – The bones of a dinosaur found last month in the city of Thornton as officials worked to break ground on a new public safety facility will be shown to the public once again this Friday.

Museum officials said what makes Friday’s viewing different than last weekend’s was that the second public viewing will involve a much larger piece of the fossil that was enclosed in a protective jacket containing a Triceratops horn as well as other remains.

A dinosaur curator will also explain their findings and the process of preparing a fossil like this to become part of the state’s permanent collection.

A museum fossil preparator will then cut open the white plaster jacket that encases the bones so lab scientists can clean them and prepare them for permanent viewing.

Read our continuous coverage of this incredible finding and click here to view photos of the rare discovery.