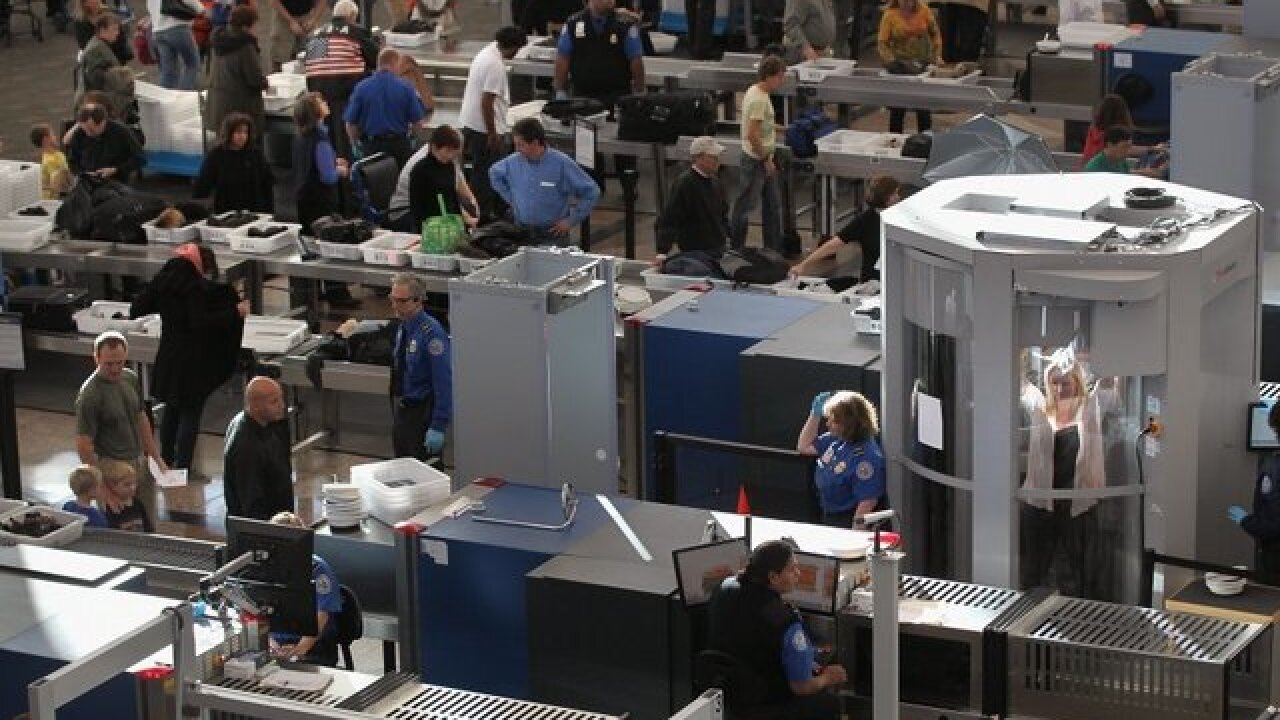 TSA officials were at DIA Thursday morning to share not only holiday travel tips but also to discuss new procedures for screening electronics at checkpoints.

The new requirements ask that travelers place all electronics larger than a cell phone in bins for X-ray screening in standard lanes.

TSA officials said this new screening procedure will be rolled out at airports around the country in the coming weeks and months.

“We started rolling out the new procedures earlier this fall here at Denver,” said Colorado TSA Federal Security Director Larry Nau. “Some passengers are now being asked to remove electronics larger than a cell phone from their carry-on bags in some lanes, which helps our officers get a clearer view on the X-ray machine. We will fully implement these procedures in all lanes at Denver by the first of the year.”

TSA agents might sometimes also suggest that passengers remove other items, including food, from their carry-on bags. While not a requirement, this measure helps x-ray operators get a much clearer view of the contents inside a bag, according to Carrie Harmon, a TSA spokeswoman.

Editor's note: A previous version of this story stated DIA, among other airports, were testing new security measures. This was inaccurate, as DIA and other airports tested these measures over the summer and have begun implementing them recently. Denver7 regrets the error.