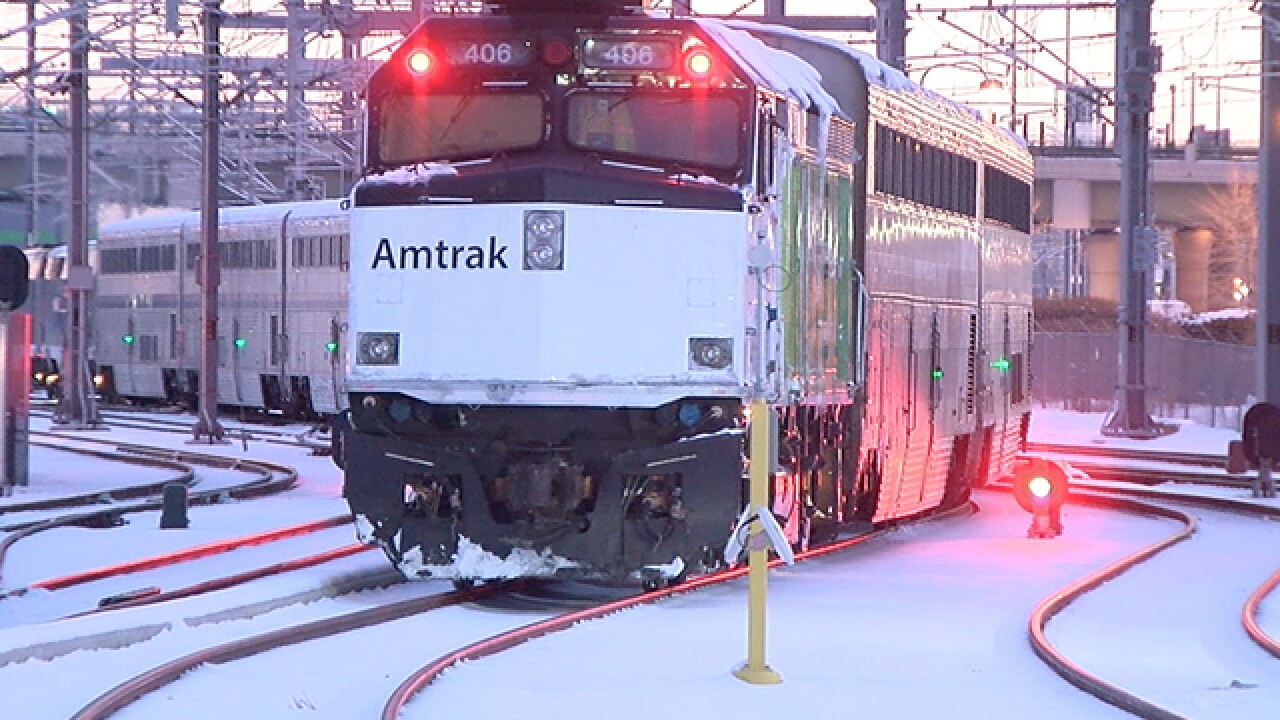 WINTER PARK, Colo. -- Fall season hasn't even started, but Winter Park and Amtrak are already planning ahead for the upcoming ski and snowboarding season.

If, like them, you too are making plans for those weekend skiing trips to the mountains, then you might want to start snatching tickets for Amtrak's Winter Park Express, which went on sale Thursday.

Just like last year, early bird one-way tickets start at $29. New this year? There will be three additional Friday round-trips, a spokesperson for Amtrak said in a statement.

The train, which runs from Denver’s Union Station to Winter Park Ski Resort, will begin service on Friday, Jan. 4 and will run for 32 round-trips through March 31.

Children between the ages of 2 and 12 will ride for half the price of an adult ticket, same as last year. All other tickets will still be priced at $39, $49 and $59.

The Winter Park Express will leave Union Station at 7 a.m. and arrive at the ski resort at approximately 9 a.m. It will then leave the mountains at 4:30 p.m. to return to Denver at 6:40 p.m.

The ski train started in 1936, but stopped in 2009 when the ski train was sold to the Algoma Central Railway. Iowa Pacific Holdings tried to revive the ski train but the company and Amtrak could not reach an operational agreement.

Amtrak and Winter Park offered a ski train for one day in March 2015. It was so popular they added a second day. About 900 people rode the train over those two days.

The train resumed full service again in 2017 and has seen nearly 300,000 customers since, according to Amtrak.

CDOT planners say they estimate the train could lead to 500 less cars on I-70 each day it runs. While it’s a small amount, it could lead to 1,000 fewer cars per weekend.

Visit the Amtrak Winter Park Express website for more information about the service.