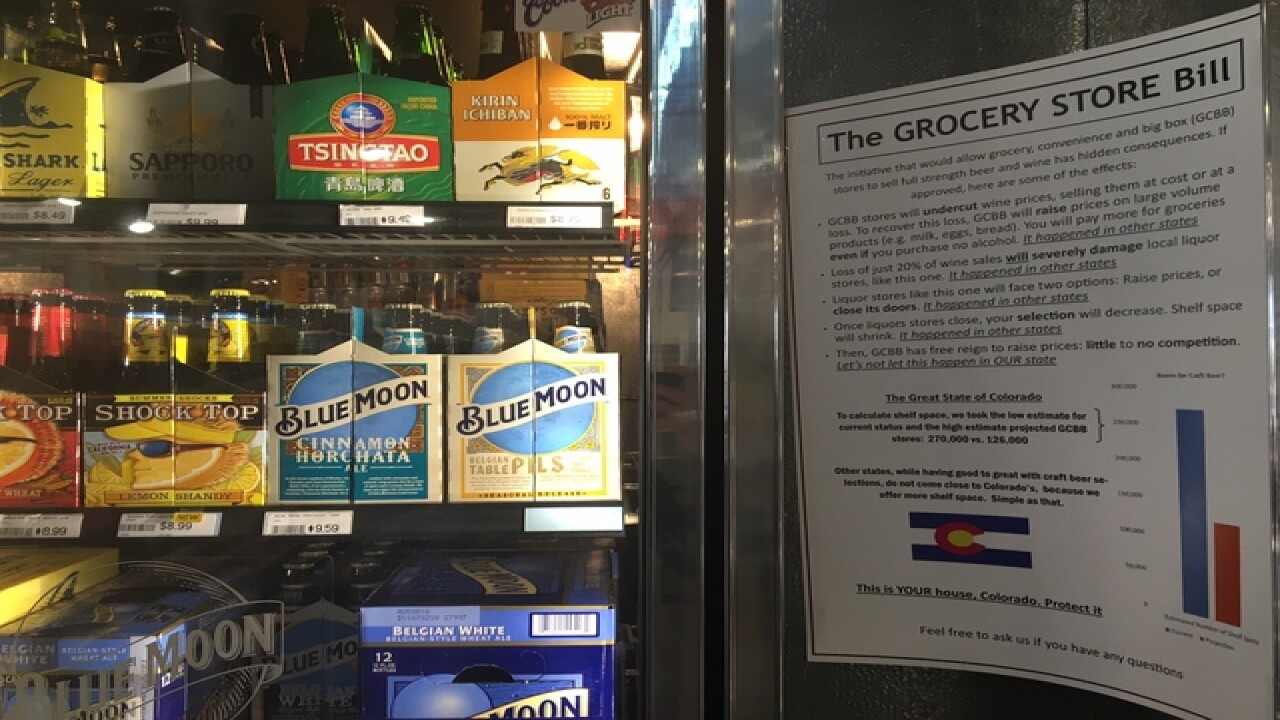 DENVER (AP) — Starting Jan. 1, you can buy full-strength beer at grocery and convenience stores in Colorado for the first time.

The change is part of an overhaul approved by state lawmakers in 2016 to update the state’s alcohol laws from the Prohibition-era standards.

“I jokingly say this, but it’s last call for 3.2 beer,” said Kris Staaf, a spokeswoman at Safeway.

Right now, grocery and convenience stores in the state only sell beer that is 3.2 percent alcohol by weight. The only exceptions are grocers with attached liquor stores.

And if you didn’t realize it, don’t feel bad. Many newcomers and tourists don’t know the difference because Colorado’s laws are unusual. In other states, grocery and convenience stores sell all sorts of beer, including craft brands with alcohol content typically between 6 and 12 percent.

Even with the change in Colorado, the state’s system remains complicated.

So here’s a guide by The Colorado Sun to what you need to know when the new law takes effect in 2019:

Where can I buy beer in Colorado?

Prior to 2019, the beer sold at grocery and convenience stores is limited to 3.2 percent alcohol by weight, or 4 percent alcohol by volume. To find beer with higher alcohol content — typically known as full-strength beer — you must shop at liquor stores.

The law that takes effect Jan. 1 essentially eliminates the two tiers for sales and allows all retailers licensed to sell beer to do so, regardless of alcohol content.

So this means you can soon buy full-strength beer at liquor stores, grocery stores, convenience stores, gas stations, and big box retailers, such as Walmart, Target, Costco and Sam’s Club. The hours for beer sales every day are 8 a.m. to midnight.

Where can I buy wine and liquor in Colorado?

The new law will not change where you can buy wine and liquor. Only licensed liquor stores can sell wine and liquor in Colorado. Hard cider is considered wine under the law, so to find the full-strength versions you will still need to buy from a liquor store.

But other parts of the law that took effect soon after its approval allow grocery stores and other retailers like Walmart and Costco to obtain more licenses for attached liquor shops. Often the grocers’ liquor shop is only down a hallway or through an open door, so it appears one and the same.

How soon will I see full-strength beer at grocery and convenience stores?

The major grocery chains, such as Safeway and King Soopers, plan to stock their shelves Jan. 1 with a full selection of full-strength beer, thanks to rushed holiday deliveries from Colorado beer distributors. But it may not make it to all eligible locations, such as smaller convenience stores, on the first day.

“We want to give our customers a good experience of having full-strength instead of near-beer,” said Adam Williamson, a spokesman for King Soopers and City Market, a division of Kroger.

Months ago, grocers began to prepare for the new beer sales by rearranging store layouts and adding new refrigerated space to make room.

But it’s tougher for some convenience stores, said Grier Bailey, the executive director of the Colorado Wyoming Petroleum Marketers Association, because they didn’t sell beer at all and now need to find new space on the refrigerated shelves.

Will the grocery and convenience stores have a good beer selection?

For the widest selection of beer, you’ll still need to go to specialty liquor stores. The grocers are promising a diverse set of options — including local beer unique to different regions — but there’s not enough space or interest in stocking all the top craft beer brands in Colorado.

“I think you are going to see a lot of different products on the shelves,” said Staaf at Safeway, which is a division of Albertsons. “One of the things that we are hoping to do is highlight some of the local brewers.”

The beer available for purchase is expected to favor the mega-brewers, such as Anheuser Busch and Coors, and larger craft breweries, including Boston Beer, New Belgium and Sierra Nevada.

The specialty liquor stores and boutique shops — ranging from Molly’s Spirits to boutique shops like Small Batch Liquors — will remain the prime places to find beer from smaller craft brewers.

It’s a relic of the past. The brewers stopped making it months ago, distributors will stop delivering it mid-December and grocers who carry the beer are trying to deplete the stock ahead of Jan. 1.

Two other states, Oklahoma and Kansas, also are relaxing their beer laws to retire near-beer, leaving Utah and Minnesota as the only remaining 3.2 beer states.

What’s happening in technical terms is that Colorado is redefining fermented malt beverages to call it any beer with an alcohol level over 0.5 percent. So brewers will continue to make and grocery stores will still carry low-alcohol beers, such as Coors Light and Michelob Ultra, which are both near 4 percent alcohol by volume. But it just won’t be designated as 3.2 beer.

Why did Colorado make these changes?

The new law was a decade in the making. But it came to a decision point in 2016 when grocery stores and their allies moved closer to putting a measure on the ballot to ask voter approval to expand alcohol sales.

The General Assembly stepped in to mediate the debate and crafted a law that left both sides — grocers and liquor stores — without everything they wanted.

Nationwide, the Beer Institute estimated in 2017 that convenience stores sold 29 percent of the retail beer volume, followed by grocery stores at 24 percent.

What did liquor stores get from the deal?

The legislation, known as Senate Bill 197, kept wine and liquor the purview of liquor stores and allowed them to operate a second location, if desired.

It also put distance restrictions on grocery stores that wanted to add new locations with liquor sales. To do so, the grocer would need to buy two liquor licenses in the same jurisdiction, including from any liquor store within 1,500 feet in populated areas. The rules are less strict for rural regions.

Also, liquor stores can now sell more food, such as snacks to pair with drinks, as long as it remains 20 percent or less of their total sales.

What other changes take effect Jan. 1?

Anyone age 18 or older can sell beer in Colorado, beginning in 2019. Prior to the new year, liquor store employees must be 21 to sell beer.

And, in case you’re wondering, the age to buy beer in Colorado remains 21.