$2.6M Chiron is the new fastest car in the world 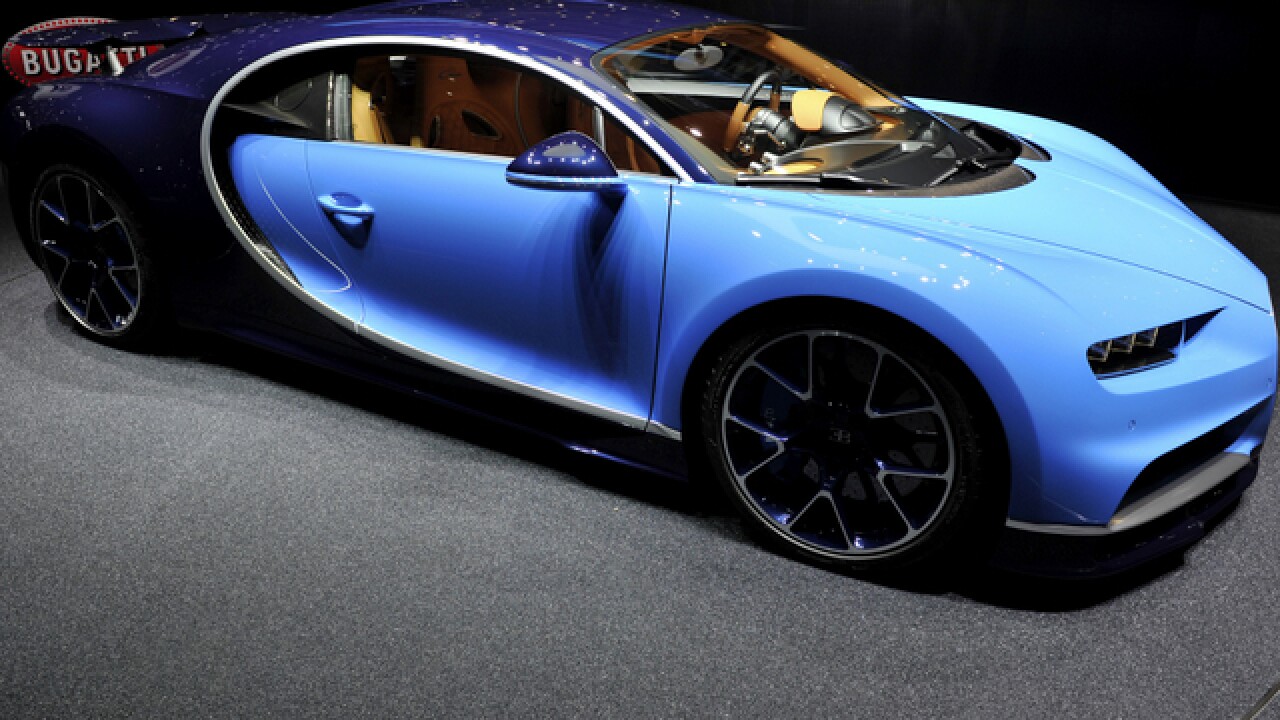 Harold Cunningham
<p>GENEVA, SWITZERLAND - MARCH 01: The Bugatti Chiron is presented during the Bugatti press conference as part of the Geneva Motor Show 2016 on March 1, 2016 in Geneva, Switzerland. (Photo by Harold Cunningham/Getty Images)</p>

The $2.6 million Bugatti Chiron has replaced the Veyron as the world's fastest production car.

Bugatti unveiled the 2017 Chiron at the Geneva Motor Show on Tuesday.

The 16-cylinder engine has four turbochargers.

Bugatti engineers say the Chiron will accelerate from zero to 60 mph in less than 2.5 seconds.

The Chiron's top speed is computer-limited to 261 mph.

"This feat of engineering resulted in the W16 engine of the Bugatti Chiron being able to develop an unbelievable 1,103 kW (1,500 bps) from its 8 litres of displacement,"  Bugatti stated.

"The engine reaches its maximum torque of 1,600 Nm thanks to the turbocharger... The 4 turbochargers are now double-powered and already guarantee maximum torque at 2,000 rpm, and the torque is maintained at this level all the way up to 6,000 rpm," the company states.

"To handle all of the grunt, the Chiron features an all-wheel-drive system with a front-axle differential with integrated inter-axle lock and a rear-axle differential with integrated inter-wheel lock," Motor Authority reports. "Before reaching these, all the drive torque must go through a seven-speed dual-clutch transmission. This transmission has the largest, highest-performance clutch used on a passenger car."

The monocoque and rear-subframe are made of carbon-fiber and the entire package is wrapped in a carbon-fiber skin to boost rigidity, according to Top Gear.

Bugatti calls the Chiron "the most powerful, the fastest, the most luxurious and the most exclusive production super sports car" available.

It's not just the price tag that makes the Chiron "exclusive."