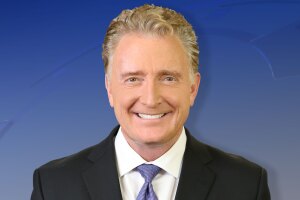 Mike Nelson has been a television weather forecaster for 40 years, has been forecasting weather in Colorado alone for over 25 of those years, and joined Denver7 as Chief Meteorologist in June 2004.

After receiving his degree in Meteorology from the University of Wisconsin, he began work in 1976 at Weather Central, a Madison based private weather consulting firm specializing in forecasts for ski areas, agri-business, power utilities, the Wisconsin TV Network and over 40 other radio and TV stations nationwide.

Nelson was appointed Executive Vice President of Weather Central in 1979 and supervised a staff of 14 meteorologists. Mike helped to provide forecasts crucial to the construction of the Trans-Alaska Pipeline.

Whle in Madison, Nelson partnered with fellow meteorologist, Terry Kelly, in devising one of the first computer weather graphics systems for television. From 1979 through 1984, Nelson installed TV weather computers at over 50 TV stations across the nation. He brought the first weather computer to Colorado in 1982 and trained legendary Denver weatherman Stormy Rottman on that system.

In 1985, Mike and his family moved to St. Louis, Missouri where he served as Chief Meteorologist at a local station until 1991. While in St. Louis, Mike was a member of the American Meteorological Society's Board of Broadcast Meteorology, approving candidates to receive the AMS Seal of Approval for Television Weather-casting.

Mike has won 18 Emmy awards for Outstanding Weather Anchor. In 2001, he was recognized by the Colorado Broadcasters Association as their "Citizen of the Year" for his volunteer work in Colorado schools.

Mike enjoys sharing his knowledge of the weather with young and old, visiting over 50 schools, clubs, and service organizations each year. His Tornado Dance is a much anticipated event! In his career, Mike has spoken to over 750,000 school children.