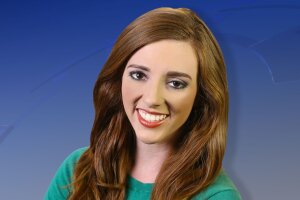 Meghan Lopez is a reporter and multimedia journalist for Denver7. She joined the Denver7 team in December 2017.

She loved the mountains but longed for the beach, so Meghan attended the University of Hawaii at Manoa, where she graduated with dual bachelor’s degrees in journalism and Spanish. During her time there, Meghan studied abroad in the beautiful Seville, Spain.

After graduating, Meghan spent time in Germany and the Czech Republic with a journalism group to meet with EU and NATO officials and tour European newsrooms to see how they tell the news.

In 2009, Meghan accepted a job with RTTV America in Washington, D.C. where she started as a video editor and writer and worked her way up to a producer and finally a reporter.

In 2014, Meghan moved across the country to El Paso, Texas, to serve as the first weekend anchor for two stations, KFOX and KDBC.

During her time there, Meghan spent much of her time reporting on border issues and specialized in political coverage. She interviewed all of the major presidential and vice-presidential candidates who campaigned in El Paso as well as several congressional candidates. She also spent a week in Ciudad Juarez reporting on the Pope’s historic visit to Mexico.

Meghan won her first Emmy award for covering the ambush of Douglas County sheriff’s deputies on New Year’s Eve, three weeks into her tenure with Denver7.

When she’s not reporting the news, Meghan enjoys spending time with her significant other, friends, family and two nephews. She also loves to read and travel and swears she can out-Harry Potter even the biggest Potter-heads.