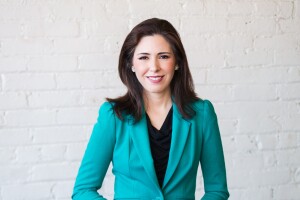 Maya Rodriguez is a National Correspondent, reporting for all E.W. Scripps television stations across the country. She is based in Washington, D.C., but she travels extensively from coast to coast and around the world for stories of interest.

Previously, she was a Miami-based correspondent for NBC News. During her time there, Rodriguez covered Hurricane Harvey's landfall in Texas, the deadly white nationalist rally in Charlottesville and the mass shooting at a high school in Parkland, Florida.

Prior to that, she spent three years as a television reporter at KUSA-TV, the NBC affiliate station in Denver, Colorado. While there, she covered environmental issues, as well as the state's aerospace industry. Rodriguez also traveled to Panama for stories on a Colorado company's role in expanding the Panama Canal and reported on Europe's migrant crisis from Germany, the Czech Republic and Belgium.

Before moving to Denver, Rodriguez was a reporter for WWL-TV, the CBS station in New Orleans. During that time, she was the lead reporter on the BP Oil Spill in the Gulf of Mexico, covered the city's recovery from Hurricane Katrina, the impacts of Super Storm Sandy in New York City and reported from Seoul, South Korea, on the effects of the U.S.-Korea Free Trade Agreement.

Previously, Rodriguez was a reporter for WINK-TV, the CBS station in Naples and Ft. Myers, Florida, where she covered Hurricanes Charley, Katrina, Rita, and Wilma, among others. She began her career as a reporter at KAMR-TV, the NBC station in Amarillo, Texas, where she accompanied Texas storm chasers during severe weather, reported on devastating wildfires in Arizona and followed the Olympic Torch Relay for the 2002 Winter Games, as it traveled across several states.

Rodriguez holds a master's degree from Columbia University's Graduate School of Journalism in New York and graduated with honors from Florida International University in Miami, with a bachelor's degree in communications. During her career, she has also spent time in Taiwan, India, Singapore, the Korean Peninsula and Central Europe, through various journalism fellowship programs.

A New York City native, Rodriguez also grew up in Miami and Santo Domingo, the capital city of the Dominican Republic, as well as Rhode Island and Delaware. She is of Dominican and Slovak descent and speaks Spanish and French.