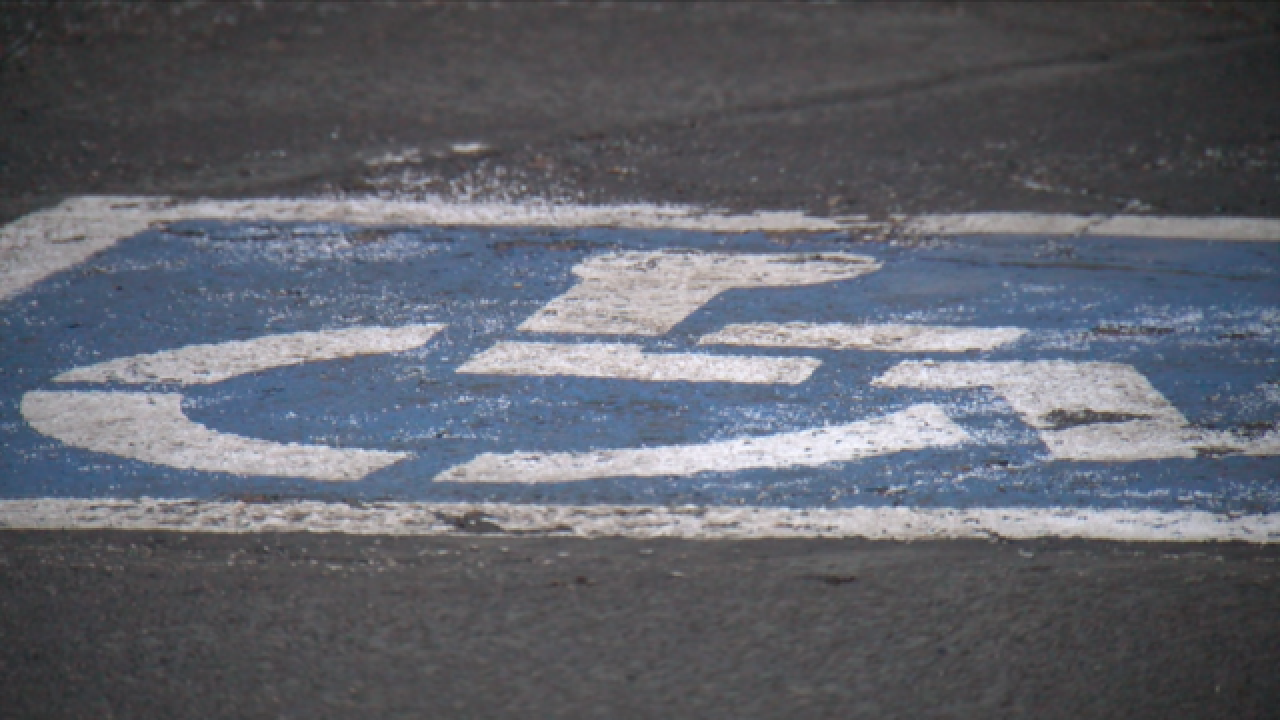 BROOMFIELD, Colo. -- So many people are just trying to make ends meet.  Now, people who call themselves disability advocates have filed a new wave of lawsuits across the Denver metro demanding settlements and claiming businesses are inaccessible to people with disabilities.

The Denver7 Investigates team has been exposing concerns over those types of cases for months.  One case in Bailey, Colorado forced a man to shut down his restaurant indefinitely.

In this latest round of litigation, a woman from Arvada has filed nearly 70 cases in less than two months.  There's evidence to show the complaints are connected to a lawsuit-filing machine across the Southwest United States.

Actual mom-and-pop businesses appear to be the prime targets and can suffer the greatest financial consequences of the litigation.

"I feel that it's a shame that people are using the legal system in a negative way in what seems is a scam for the working class, to take advantage of the working class," restaurant owner Carmela Aiello said.  She and her husband, Raffaele, have owned and operated Original Pizza in Broomfield since the early 1990s.

If you were to believe the tenor and tone of the lawsuit that hit them last month, you'd think they could not care less about their customers who have disabilities.

"Nobody has ever complained about anything and if anybody would have come in and said something to us upfront, I think we would have taken care of it, we would have approached it the right way.  This is all mind-blowing," Aiello said.

'It's infuriating. I can't express how angry is makes me feel.'

The trouble with the claims waged against Original Pizza is that one of them is false.

"This is compliant with the ADA," Mark Douglass, an accessibility specialist hired by the Aiello's pro bono attorney, said of the restroom sink insulation that's been in place for a long time.  Douglass said he has disabilities which required him to use a wheelchair for years.

As for the accessible parking claims, he said the pizzeria could improve it with a better sign and some fresh paint.  But he says none of that would come close to costing the $2,750 Umphenour and her attorney have asked the Aiello family to pay "for costs, fees and expenses" apparently incurred so far.

"This amount is as of today and if any motions practice, or other legal work is required then the amount to settle the case could be significantly higher," the attorney's office said in an email to the Aiello family.

Douglass said he's been poking even larger holes in several of Umphenour's other cases.  In one case, he said more than half of the supposed compliance violations are false.

In another case, filed against a burrito restaurant, Umphenour and her attorney are also seeking $2,750.

"It's infuriating," he said. "I can't express how angry it makes me feel."

After Denver7 approached Umphenour, her attorney asked the court to seal some of her new cases.  The attorney did not want them to be subject to public inspection.

"Without restriction, Plaintiff, her family, a minor child, and potentially others could be in danger of retaliation, identification, and loss of their right to privacy," a court motion said, in part.  "Retaliation by interested as well as unnamed parties is a real and present threat to all individuals who file a claim seeking enforcement civil rights statutes. This interest is so clearly known that the Americans with Disabilities Act devotes several sections to the prohibition of retaliation of claims arising under the Act."

Denver7 Investigates learned Umphenour's cases are largely carbon copies of one another and cases recently filed by other plaintiffs in New Mexico and Nevada.

There's also evidence to show the cases are tied to websites, such as ADAJustice.com and NewMexicoADA.com, which have digital signatures that link back to people associated with a group called Advocates for Individuals with Disabilities (AID) based in Arizona.

Coincidentally, the group posted jobs for civil rights advocates and ADA attorneys in Denver, Albuquerque and Las Vegas, Nevada just a few months before this wave of litigation hit the three states.

Denver7's sister station, ABC15 in Phoenix, has been asking tough questions of AID for months, which prompted the Arizona Attorney General to get directly involved to try to limit AID's cases.

'Somebody's got to stop this'

"Most business owners, their job is to run their business," accessibility specialist Douglass said.  "Their job is to make a good pizza.  Their job is to, you know, take care of their customers as best they can. They can't know everything about the ADA."

He said municipalities and businesses need more of an ADA education to protect themselves from getting sued.  He also said they deserve a grace period, of sorts, to fix any ADA compliance issues before the claims end up in front of a judge.

For now, that's exactly where the Aiello family will be.

"I refuse to pay the money," Carmela Aiello said. "I will fight for this, and I will see them in court.  "I want to stand up for what's right and I think this is wrong and -- somebody's got to stop this because they'll keep doing it to everybody else."

Republican U.S. Representative Ted Poe, whose district includes some of the northern suburbs of Houston, recently reintroduced legislation that would institute a grace period before an ADA lawsuit could be filed.

The bill, H.R. 620, already has several cosponsors from both political parties.

If passed, people who want to file ADA lawsuits like the ones in question would have to write a demand letter to a business first.  They could file a lawsuit only if the business fails to respond in writing within 60 days.  If the business responds, it would have 120 days to fix to compliance issues or, at the very least, show substantial progress.

--Denver7 Investigates is showcasing this story tonight at 10 p.m.