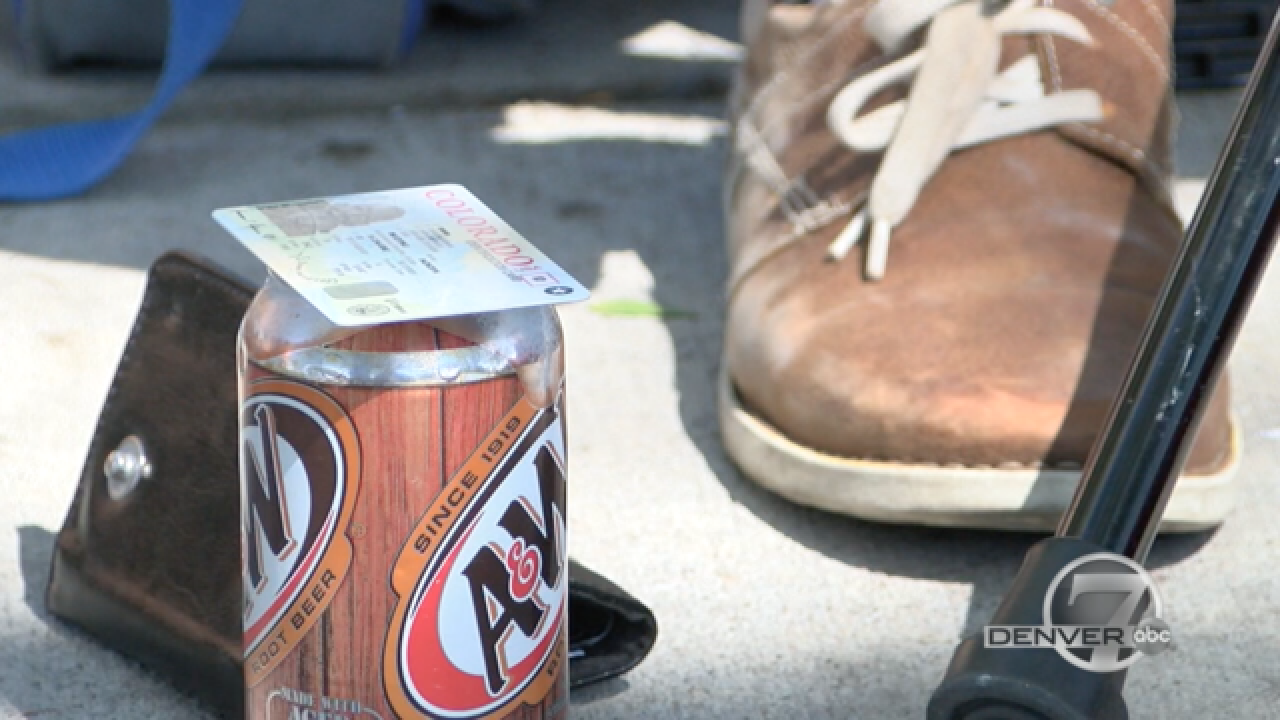 DENVER – Cell phone video of a June 29 incident was seen by more than 3 million people on Facebook and illuminated an issue many Denver residents see as spiraling out of control. A homeless man wielding a PVC pipe began indiscriminately attacking people on the 16th Street Mall.

The Indiana transient, 32-year-old Clarence Seeley, had just moved to Denver days before the caught-on-camera attack went viral in June. Seely said part of the reason he came to the Mile-High City was to have legal protection to use marijuana for medicinal use.

"I came here to basically start a new life and you know, the marijuana thing helps my schizophrenia," Seeley told Denver7.

The attack came as police began ramping up patrols on the 16th Street Mall, a popular local tourist destination, in response to similar types of violence instigated by what police call “urban travelers.”

Denver Mayor Michael Hancock is quick to distinguish this group from the traditional homeless population.

"We’re not talking about Denver’s homeless… we’re talking about groups of people hanging out in the mall area who we call urban travelers," Mayor Hancock said back in June.

Julie Smith with Denver Human Services said the population of those out-of-state travelers tend to increase in the summer months.

"Folks tend to just pop into the city and then as soon as the cold weather hits they are gone," Smith said. "We just try to keep evolving how we handle those problems."

Summer or not, the homeless problem in Denver seems to have become more visible in the last couple of years. Driving around the city, it’s common to encounter people with torn cardboard signs asking for some change.

The situation is being called a “crisis” by some city officials, including Denver Councilperson Robin Kniech. “We do have a crisis of homeless people in Denver,” Kniech said.

The city is taking several approaches to try and deal with the issue.

"Finding out where they came from, who is there to support them in their hometown, getting them transportation back and making that arrangement," Smith said. "Or getting them into treatment programs."

But has the homeless situation reached an impasse? The answer — much like the solution — is complex and difficult to pin down.

Ray Lyall has been homeless for more than four years. Most mornings, you will find him picking up what people have tossed out.

“To be fair, there are homeless people that throw trash on the ground, but so do housed people,” Lyall remarked. “I figured if maybe they see me picking up trash then maybe everybody will be picking up trash.

Lyall is one of about 6,000 people experiencing homelessness in the Denver area, but getting an accurate number of people living on the streets or in transitional housing is not easy.

The Metro Denver Homeless Initiative has been compiling statistics on this population for years, but as they will freely admit, their method is not perfect.

In its HUD-required 2016 Point-In-Time Report, the data put the number of people who call Denver-area streets home or live in transitional housing at 5,467. This number represents a survey done on January 25, 2016, and actually shows a slight but steady decrease in the homeless population over the years. But as the survey points out, a yearly increase or decrease can’t be confirmed by a single-night survey.

In fact, Denver7 reported on a shortage of shelter beds this winter. The Executive Director of Denver’s Road Home, Bennie Milliner, said in January that the shelters were beyond capacity. And in the same month, the Salvation Army Crossroads Shelter said they were expecting about 550 men a night this year, a big increase compared with 2012, when they averaged 160 men per night.

The Metro Denver Homeless Initiative calls the Point-In-Time Survey a snapshot of a single night — not the complete picture. However imprecise the survey may be, the numbers do begin to depict a disturbing trend.

In the 2016 count, people under the age of 18 made up the largest group. That is a drastic jump from previous years, when only about one percent were counted as being in that age group. For the first time, this year’s survey included numbers from the Colorado Department of Education, which may have contributed to the increase. The survey also notes the challenges in reaching unaccompanied youth and cautions the numbers are only a portion of the actual population.

Another troubling find shows the number of homeless veterans has grown over the years. In 2016, 12 percent of the nearly 4,000 people surveyed were military veterans. That’s a three percent jump from last year and an even larger jump from 2014. The majority of people in this demographic were staying in transitional housing and over the age of 55, according to the survey.

And how does Denver’s homeless situation compare to other cities? Two metro areas with similar demographics and urban populations to Denver – Portland and Seattle — report very different numbers.

According to a single-night survey in Seattle in January of this year, 10,047 people were counted as homeless in King County — nearly double metro Denver’s count during the same month. Portland’s homeless population, on the other hand, was 3,801 in 2015 — lower than Denver’s in both 2015 and 2016. This year’s count for Portland was not available.

Lyall says that many people could be just one bad decision away from being included in next year’s survey.

“I’ve been in construction in Denver for most of my life,” he said. “Construction slowed down, and I made a really bad business decision, and it cost me a lot of money.”

Homelessness has always been a concern in Denver and the city has taken action over the years to address the issue. Here are some notable moments.

2005 - Denver started the Road Home program. It’s stated goal was to end homelessness in just 10 years. However, a 2015 report from the Denver Auditor's Office stated the $63 million program essentially failed.

In April 2015, City Auditor Dennis Gallagher said Denver's Road Home does not have any data about the effectiveness of the programs funded by the City of Denver.

2012 - The Denver City Council approved an urban camping ban. If an outreach worker comes across an encampment, he or she is supposed to contact Denver police. Officers will contact the people involved and give them 72 hours to move their belongings out of the area. As long as people comply with officers, they will not be ticketed.

Denver7 has previously reported that, despite the ban, urban camping is a growing problem.

2016 - Police clear homeless camps near downtown shelters. Denver officials cleared a homeless camp near a shelter downtown in March. A notice was posted before the clean-up and stated that Denver Public Works would begin enforcing the urban camping ban.

Experts believe the single most important issue in combating homelessness is affordable and attainable housing.

Monica Fendley and her husband deal with physical disabilities, making it difficult to work. They have been waiting for housing assistance for a year and a half.

“There’s a lot of us homeless people out here, so it takes time,” Monica Fendley said.

A Denver Housing Committee proposed Affordable Housing ordinance would create 6,000 units over the first 10 years. However, the distribution of units to specific area median income levels has yet to be determined.

Still, some believe the $155 million plan doesn’t go far enough to help families like the Fendleys. Don Burnes, Founder of Burnes Center for Poverty and Homelessness, said the money allocated to the ordinance is nowhere close to what is needed.

“I applaud what they are trying to do,” Burnes said. “But frankly it’s a drop in the bucket.”

Burnes said the city of Denver has an 85,000 affordable housing deficit and 6,000 additional units are not going to be enough.

“I strongly encourage them to think big,” he said.

Kniech defends the proposal and says housing shouldn’t be held to different standard than other city services.

“Aw, we shouldn’t pave the streets, because there’s always going to be new bumps the next spring. We don’t say we shouldn’t hire police officers because you’re never going to end crime,” Kniech said.

Terese Howard of Homeless Out Loud says her activist organization has its own plan for affordable housing: tiny houses. She says the plan has been met with measured support from Denver City Council members despite her trespassing arrest, along with 10 others, for attempting to put the plan in motion in 2015.

Help is out there

There are several city programs to assist the homeless population and many not-for-profit organizations are also in the business of giving a helping hand. Find out how you can help by visiting the following: